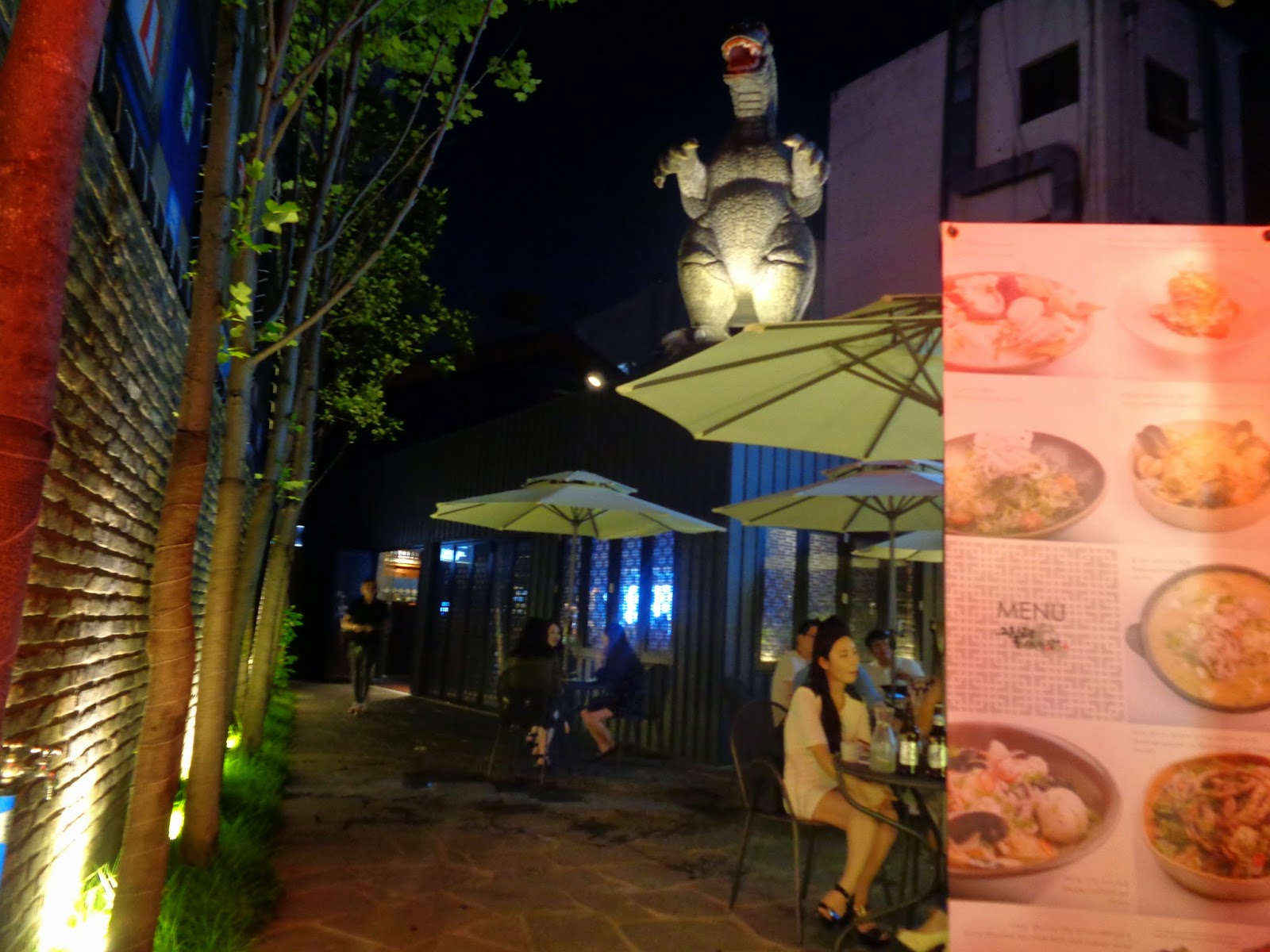 Food
Towering above downtown's Izakaya Alley, is the King of Monsters himself, Godzilla.  Stomping out the other Izakayas (Japanese bar/restaurants), this newcomer has a diverse menu and a unique atmosphere.  Most of all, it wins the coveted ROKin' Daegu Restaurant of the Month Award which I just invented.

Here's a look at their menu, with its large visuals and English translations.  Their dishes (over two dozen) all look inspired and tasty, all designed by the friendly, English-speaking owner.  But with no cheap options (most are 12,000krw - 18,000krw), you may be limited to one or two unless you bring a large party. 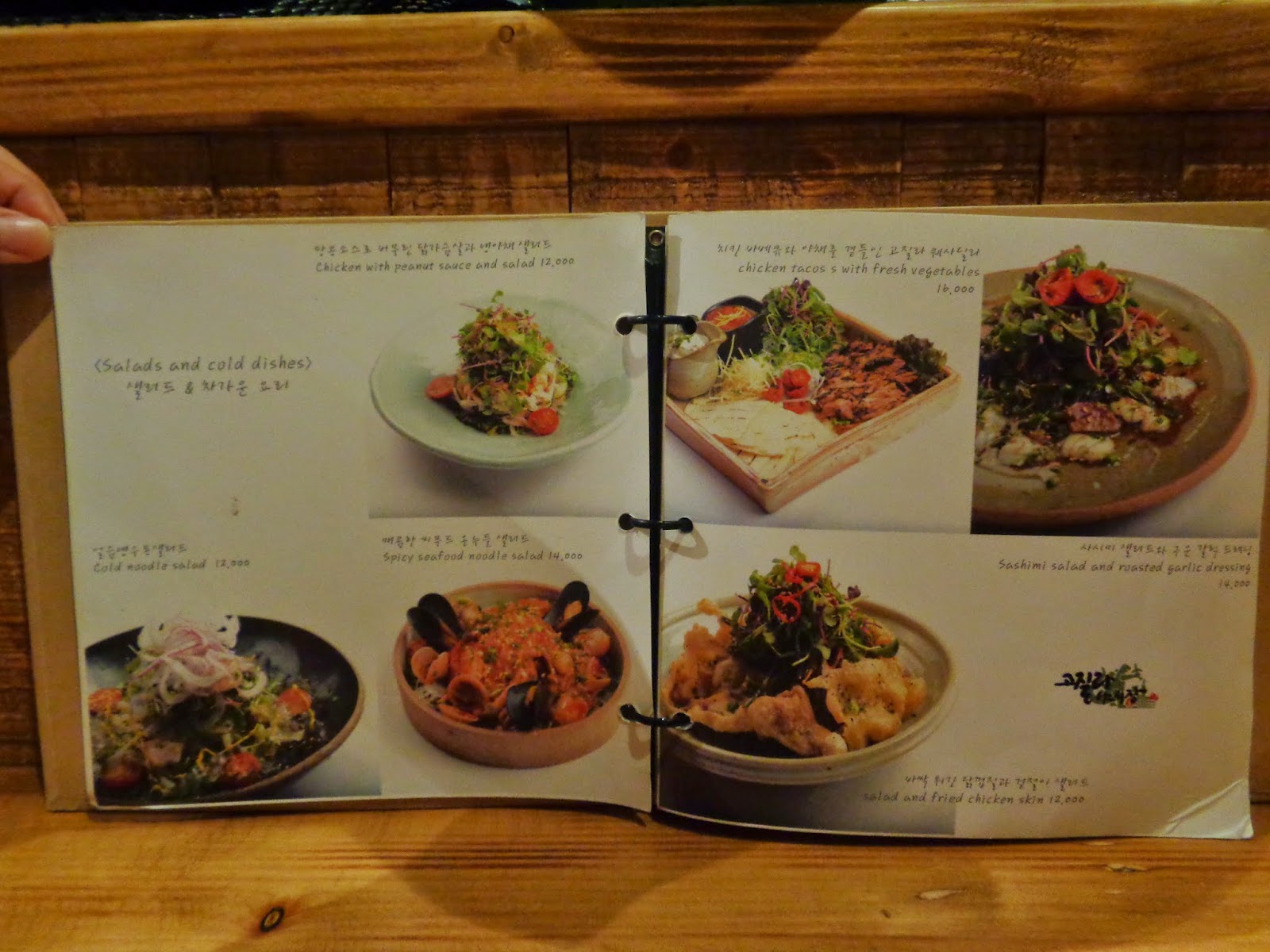 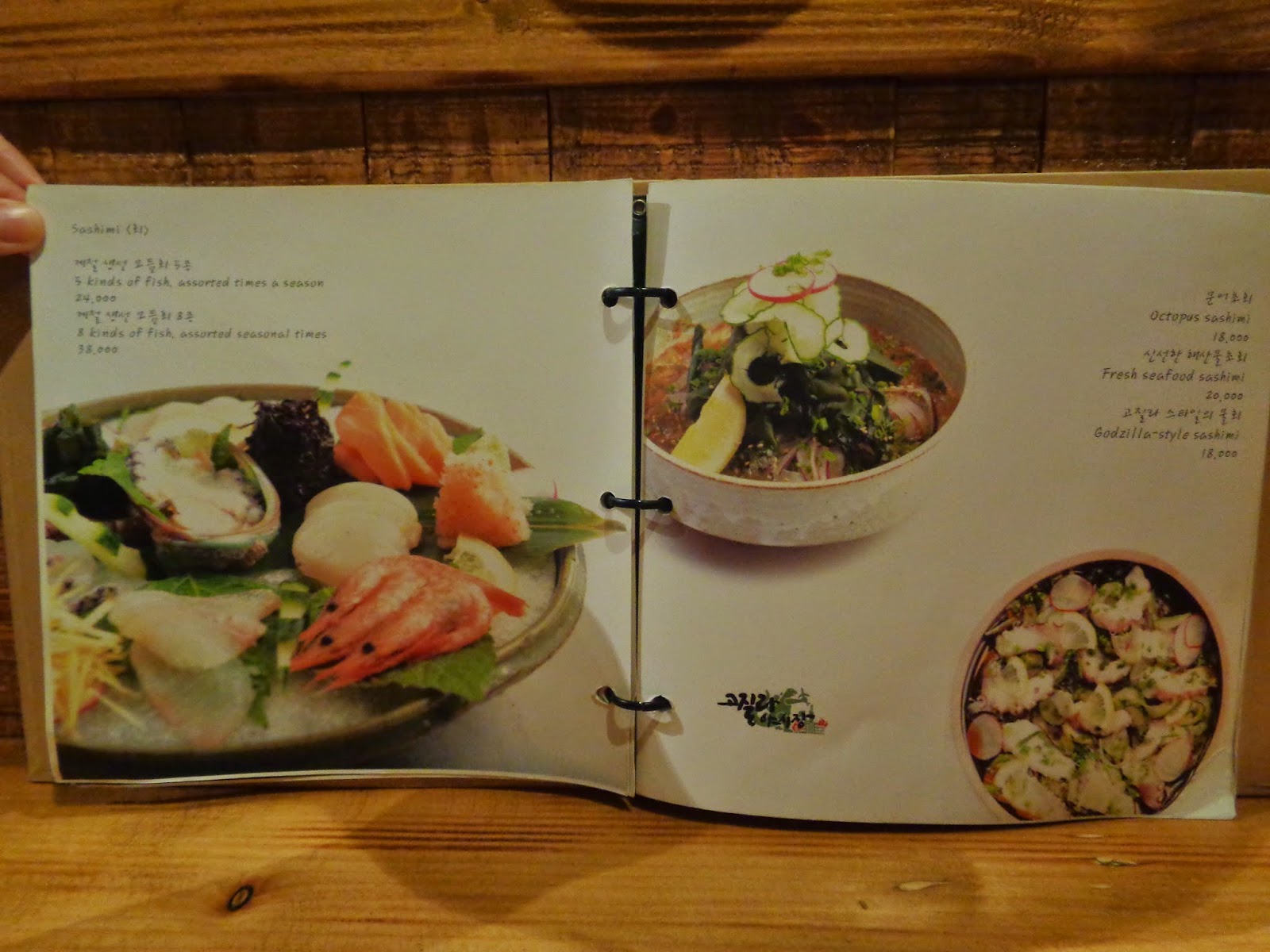 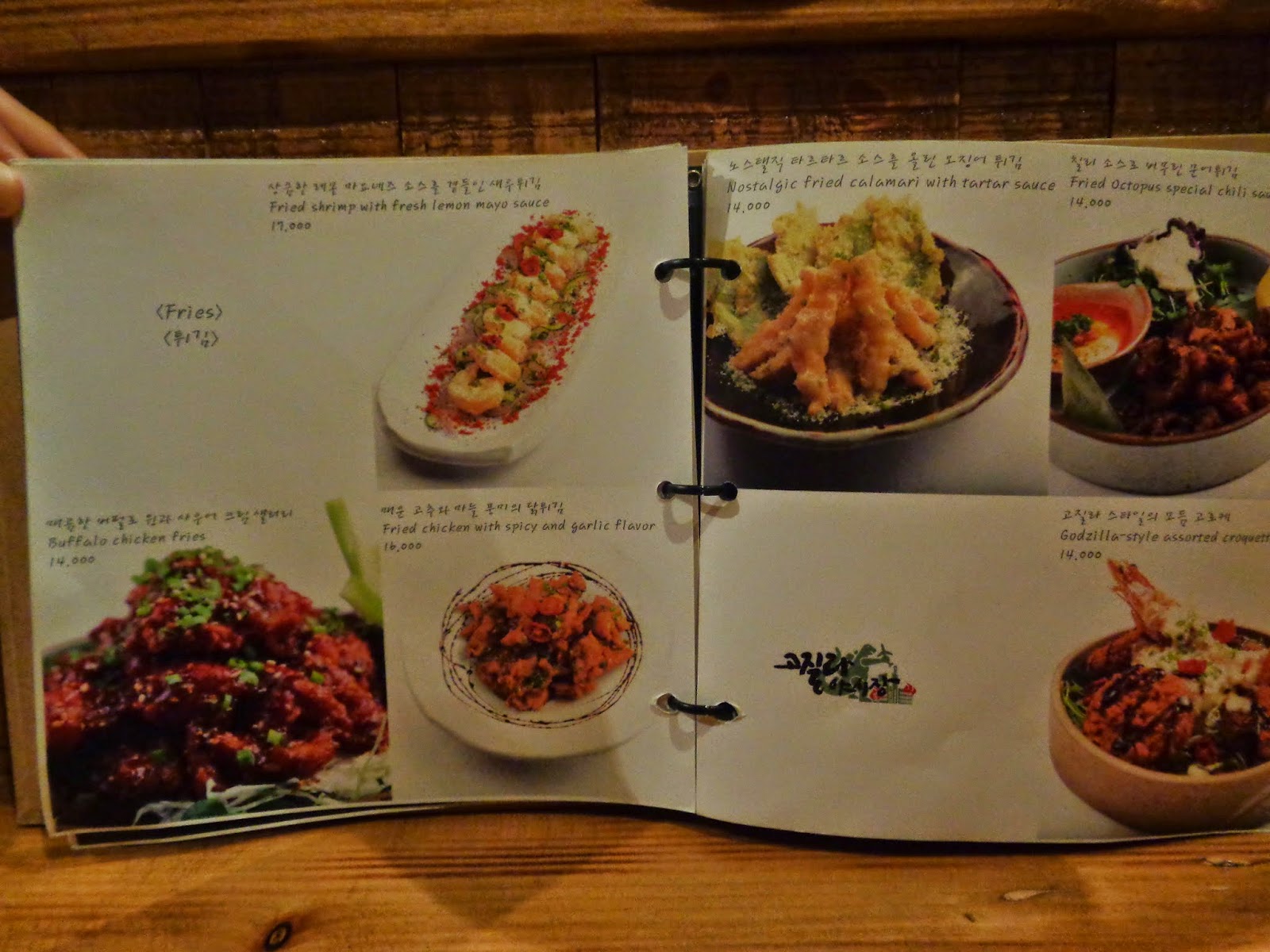 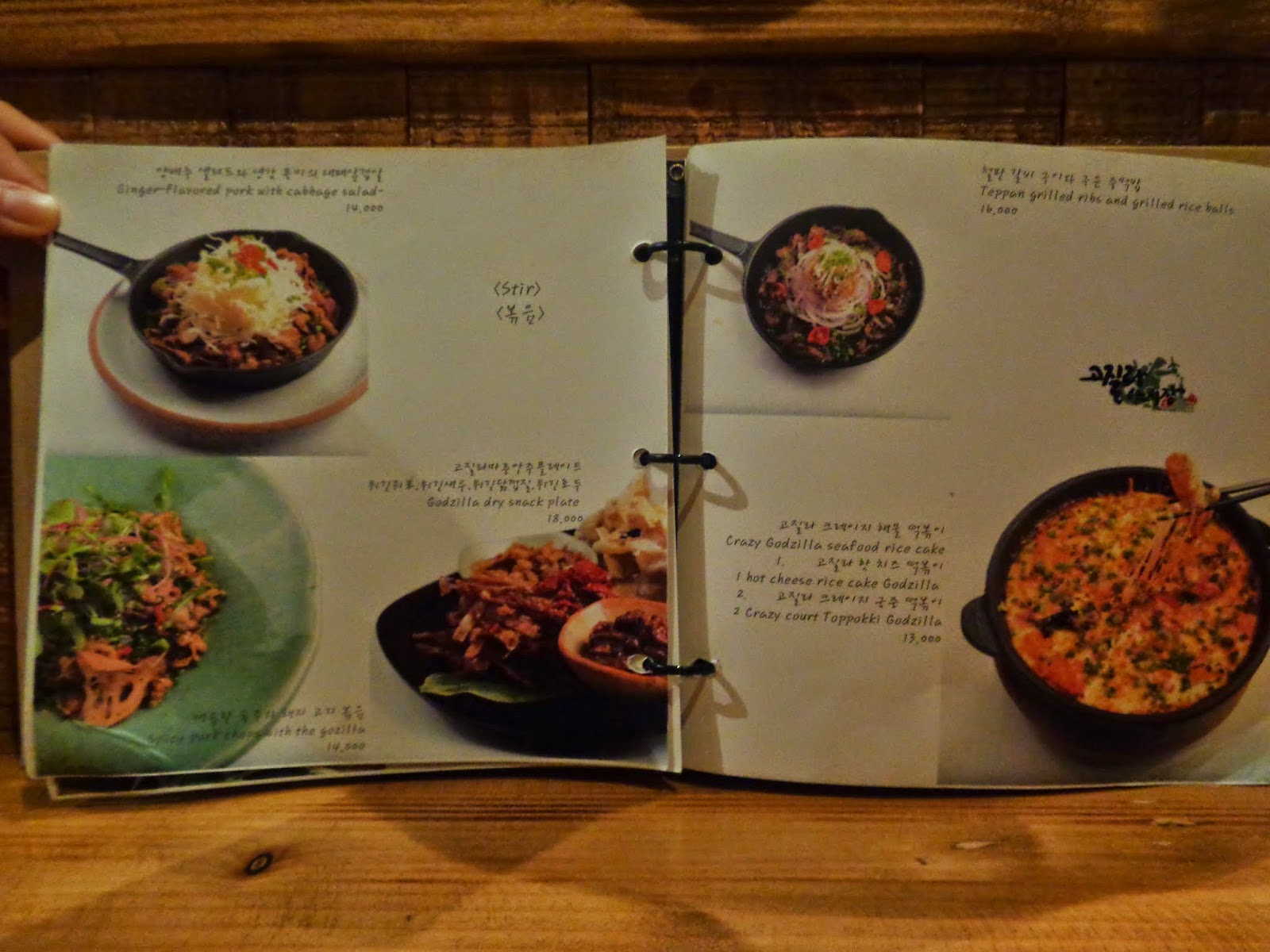 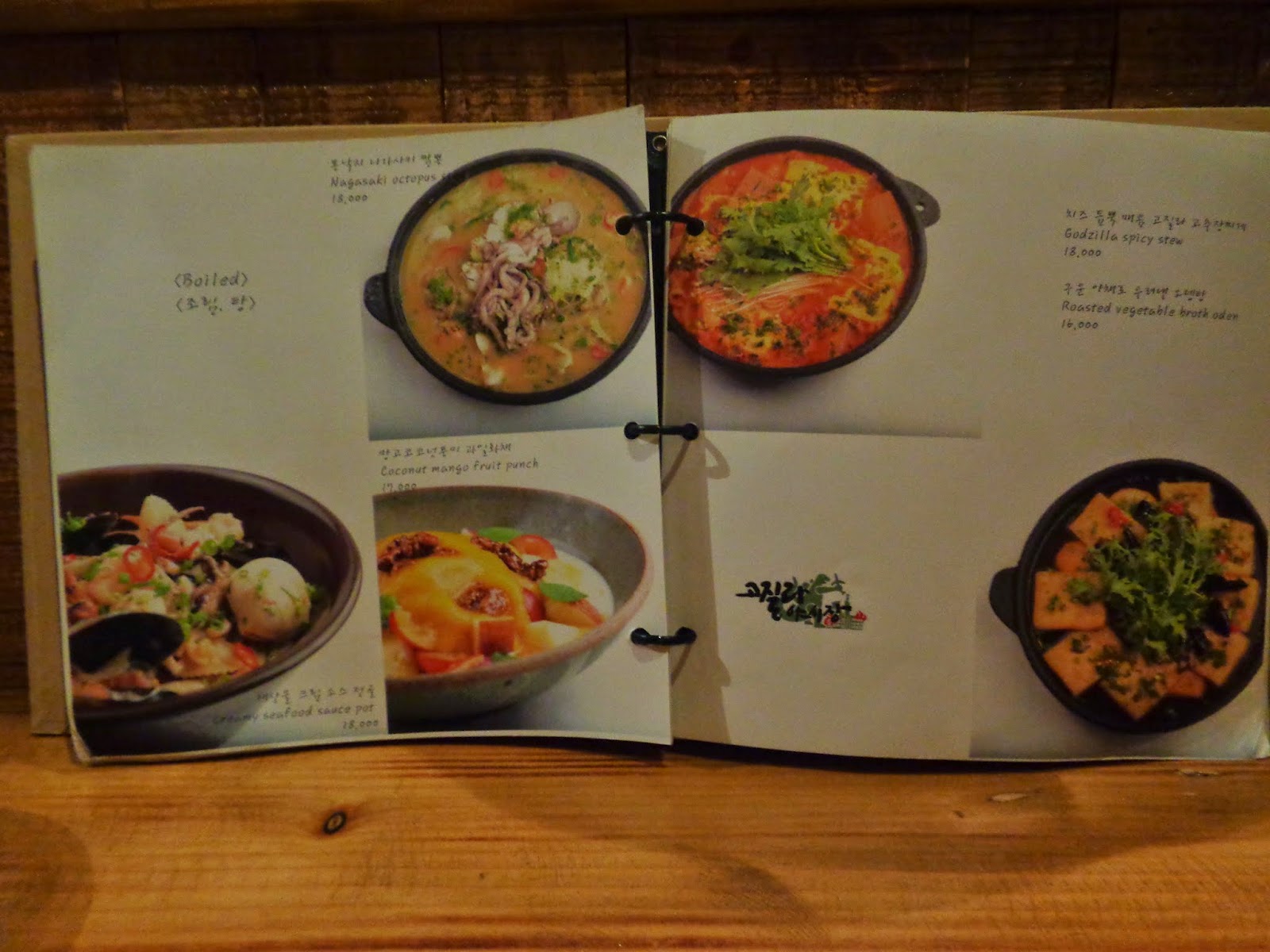 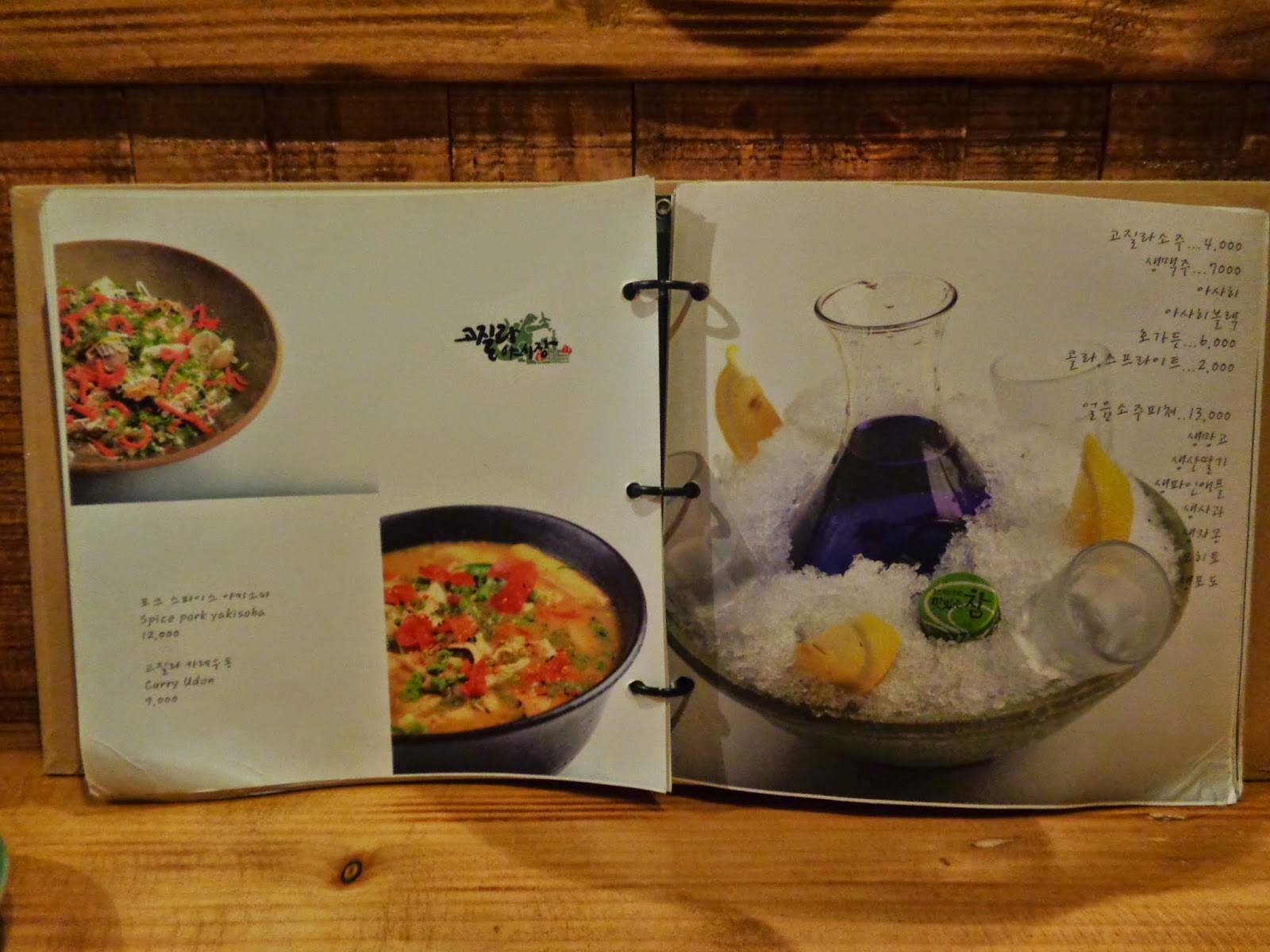 Soft yet crispy tortilla chips are a tasty free side. 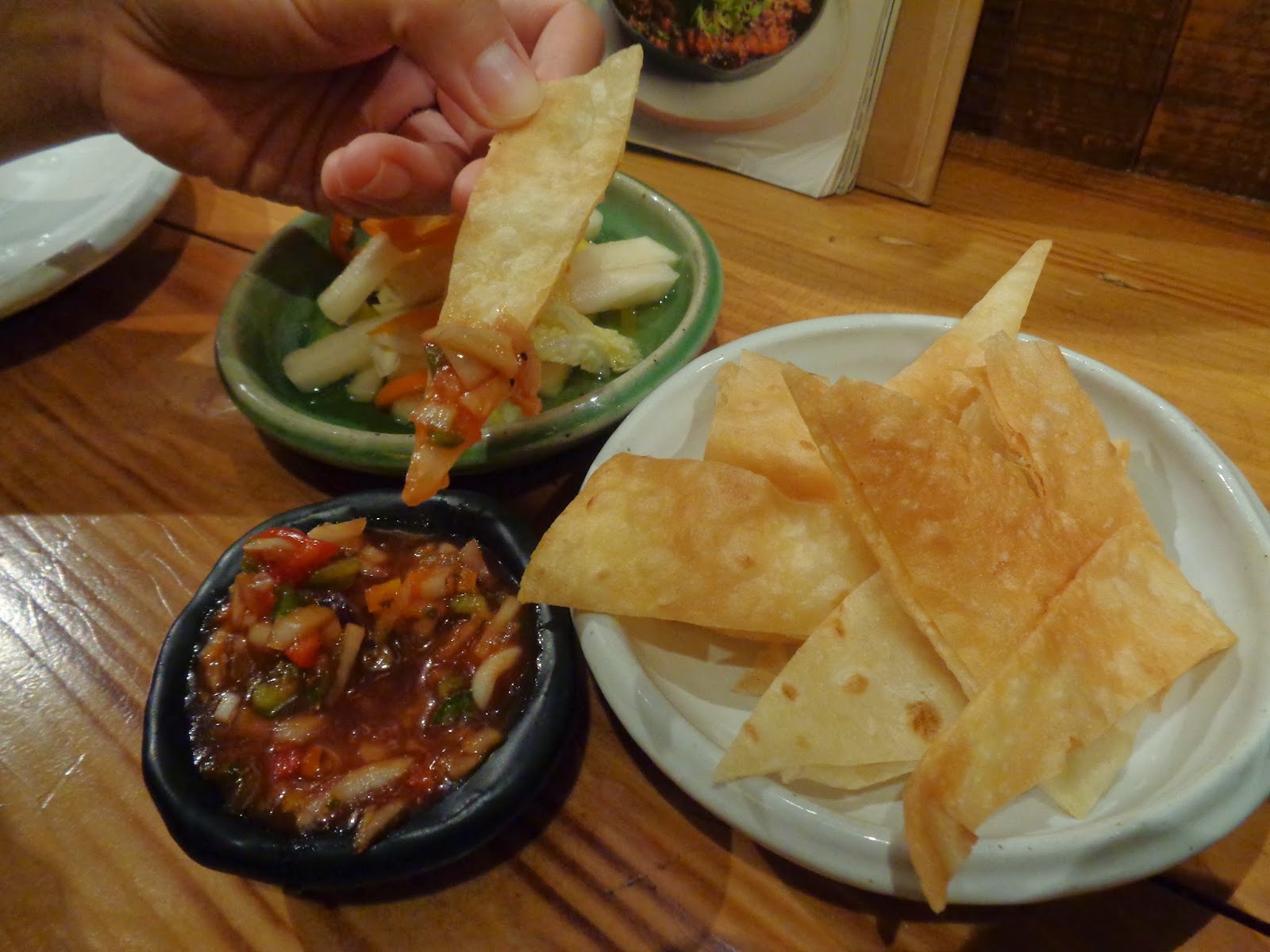 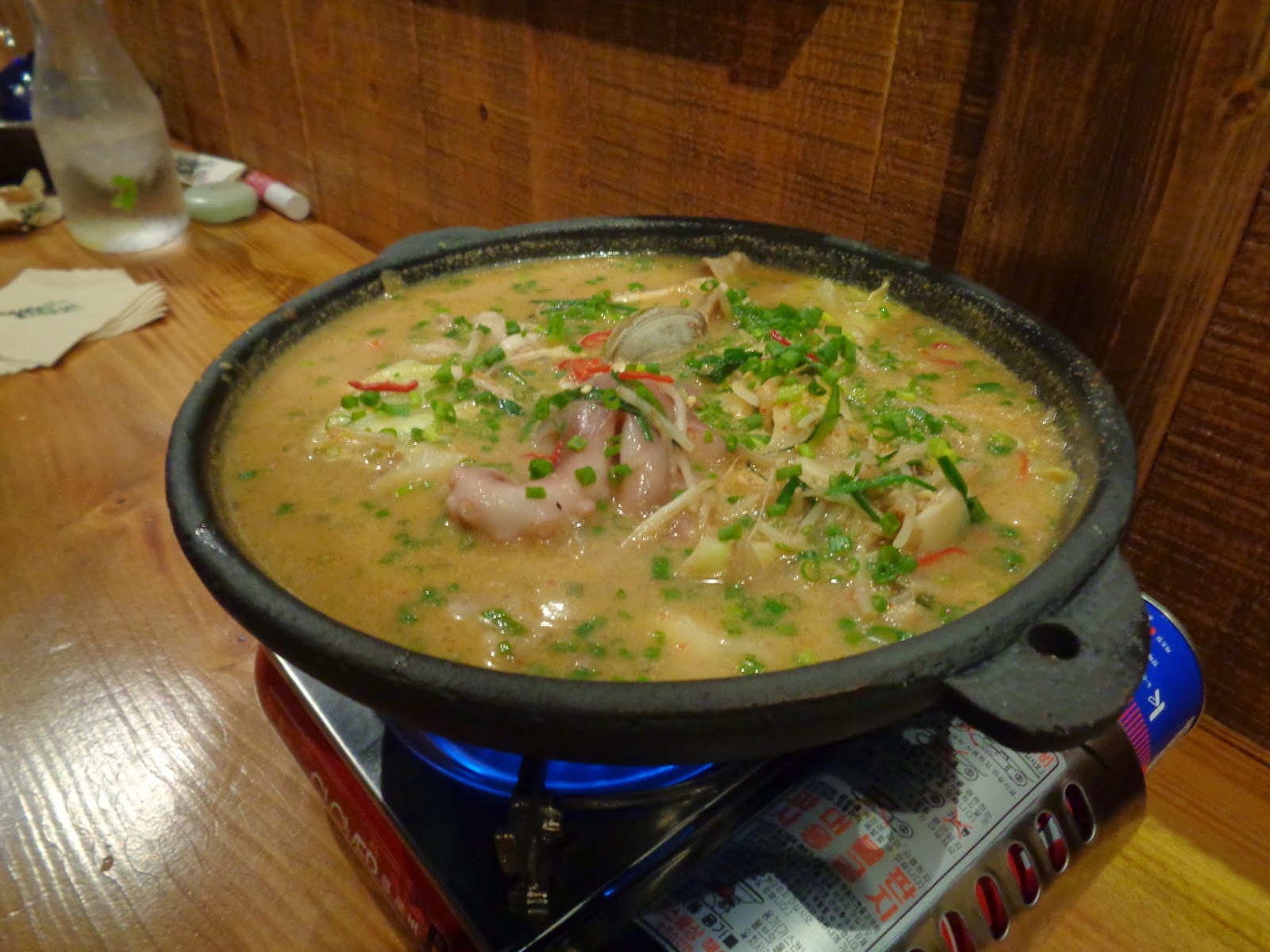 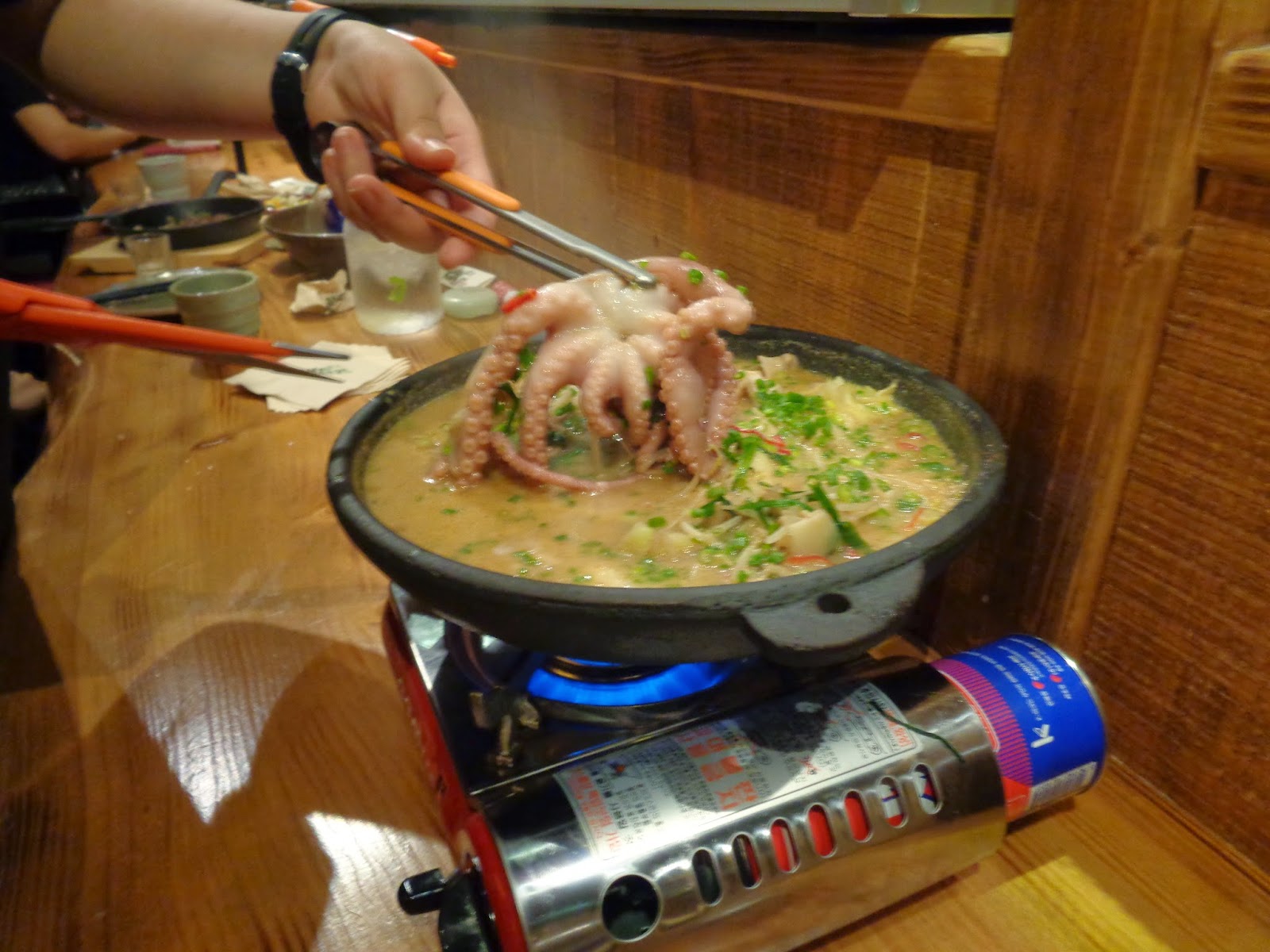 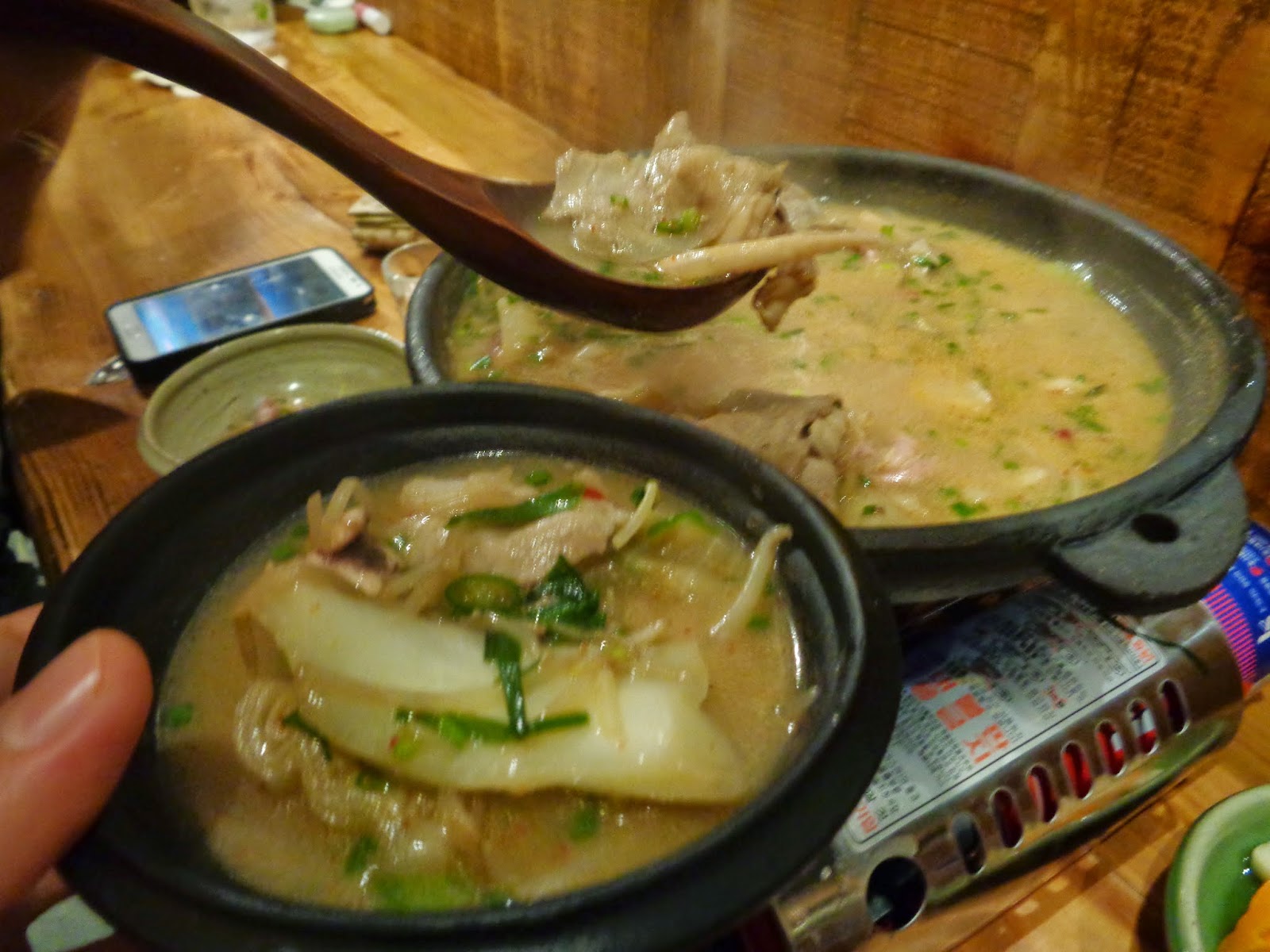 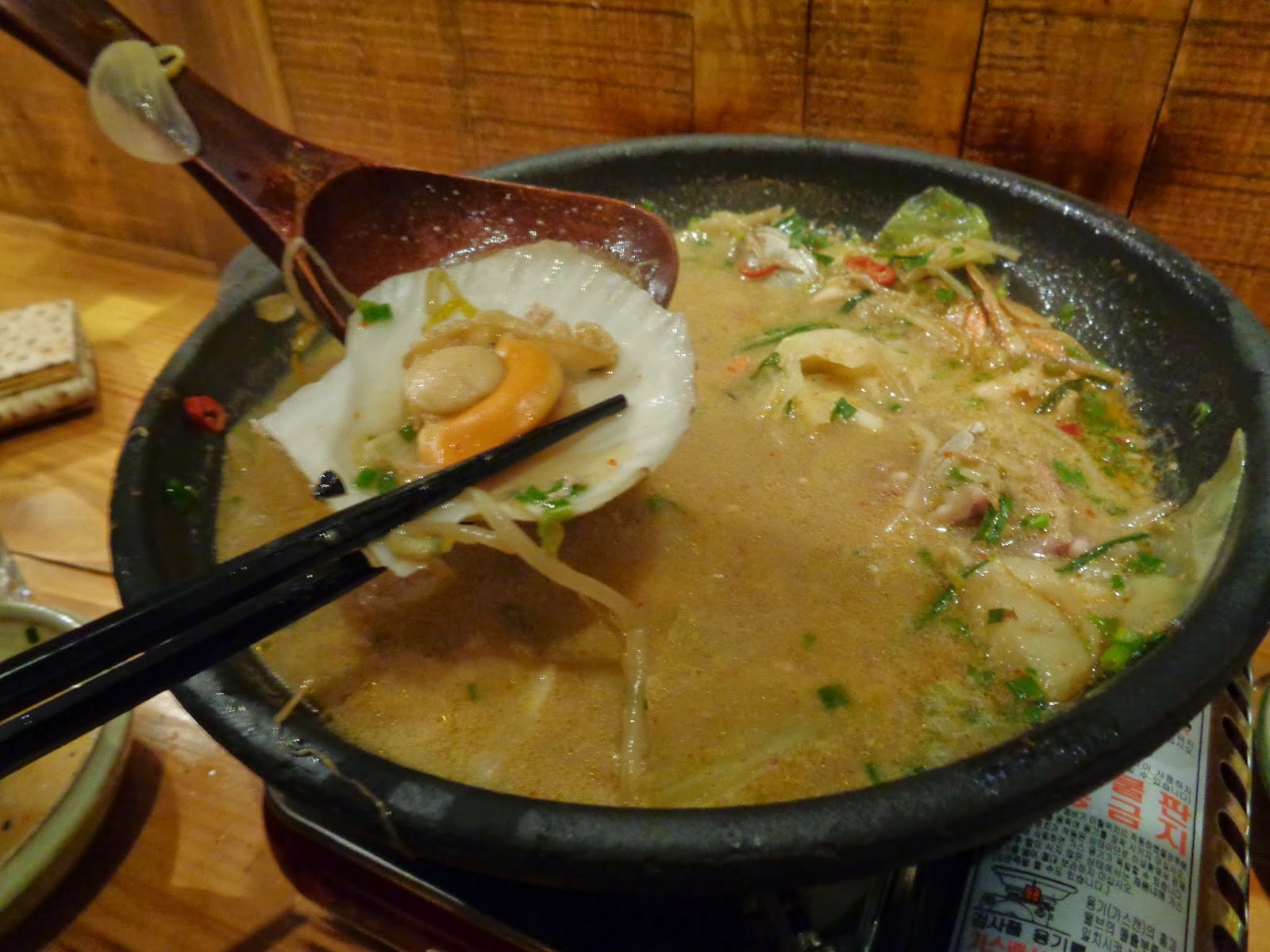 A smaller option is the "Godzilla-style Assorted Croquettes" (고질라 스타일의 모듬 고로캐) for 14,000krw.  The two cheesy croquettes, two meaty croquettes and one fried Godzilla-baby are all crunchy and delicious.  Comes with curry dipping sauce. 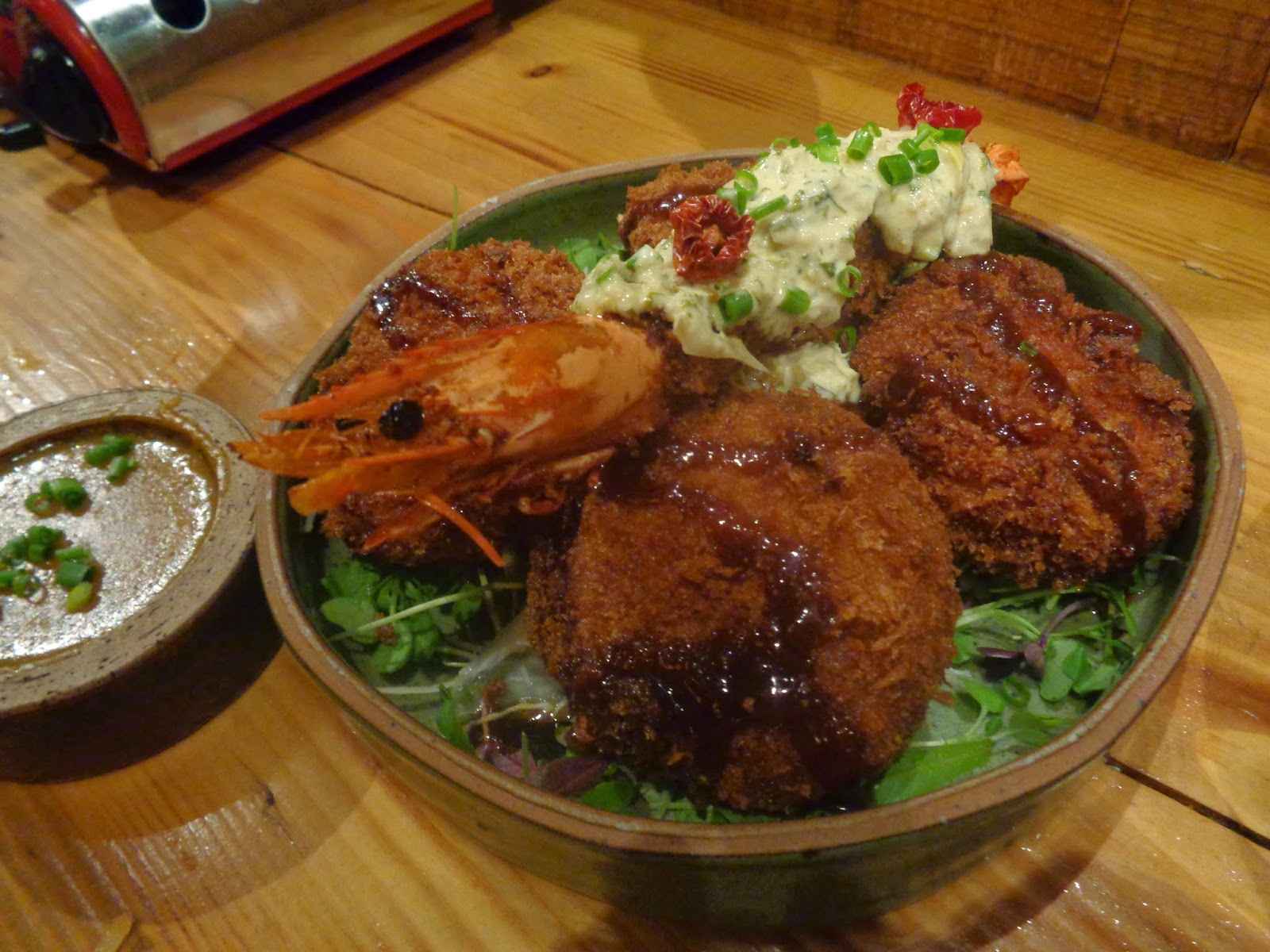 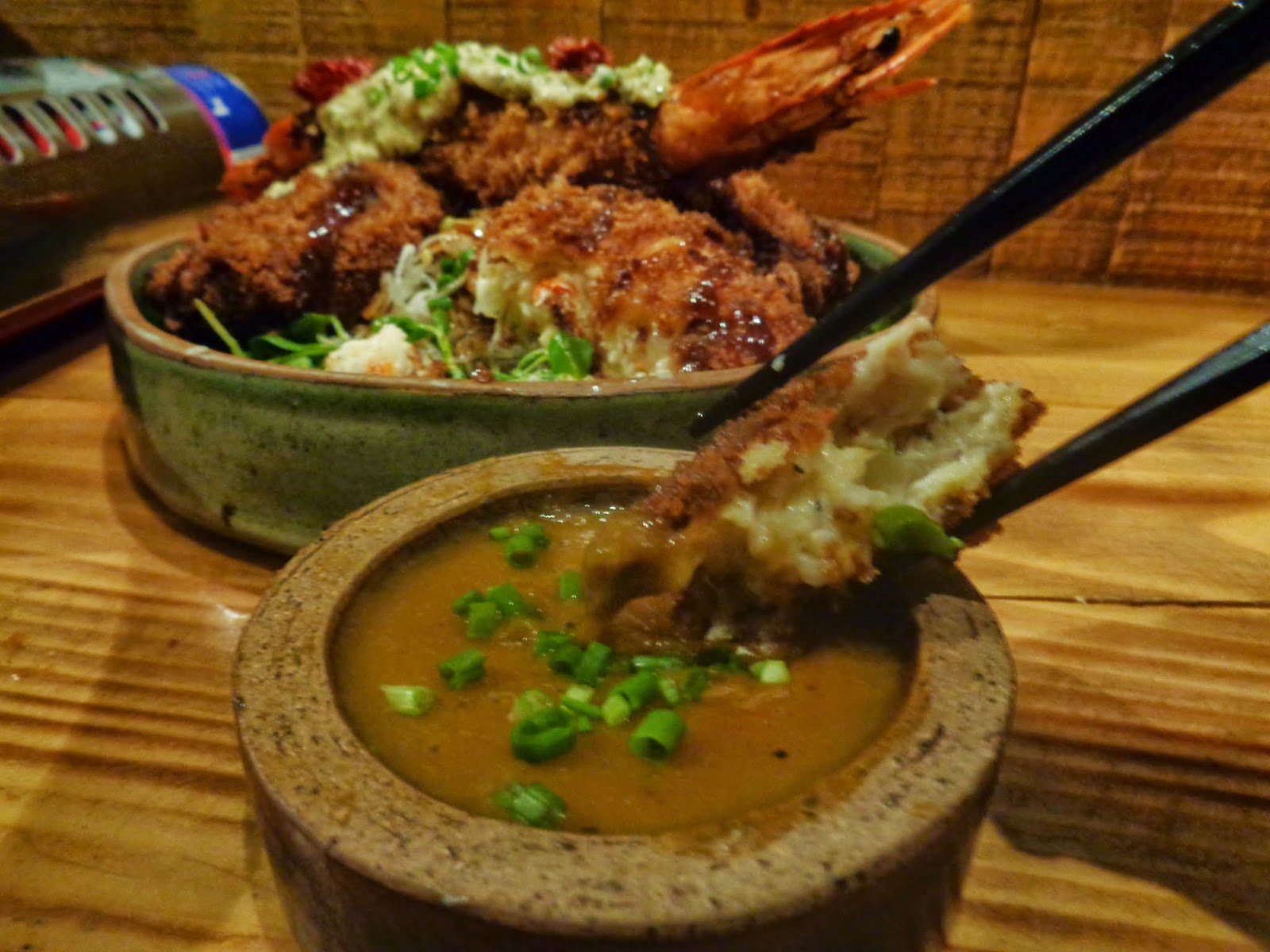 Here are were few more dishes coming out of the kitchen:


Atmosphere
Make reservations, come early (6pm open), or come on weeknights.  On weekends, steady streams of hopefuls are often turned away and forced to flee from the mighty Godzilla.  At only a month old (as of 8/27/14), this place has already exploded in popularity, featured in many food blogs[1][2][3].  The venue is quite large, but they seem to take the quality-over-quantity approach to seating and feeding patrons. 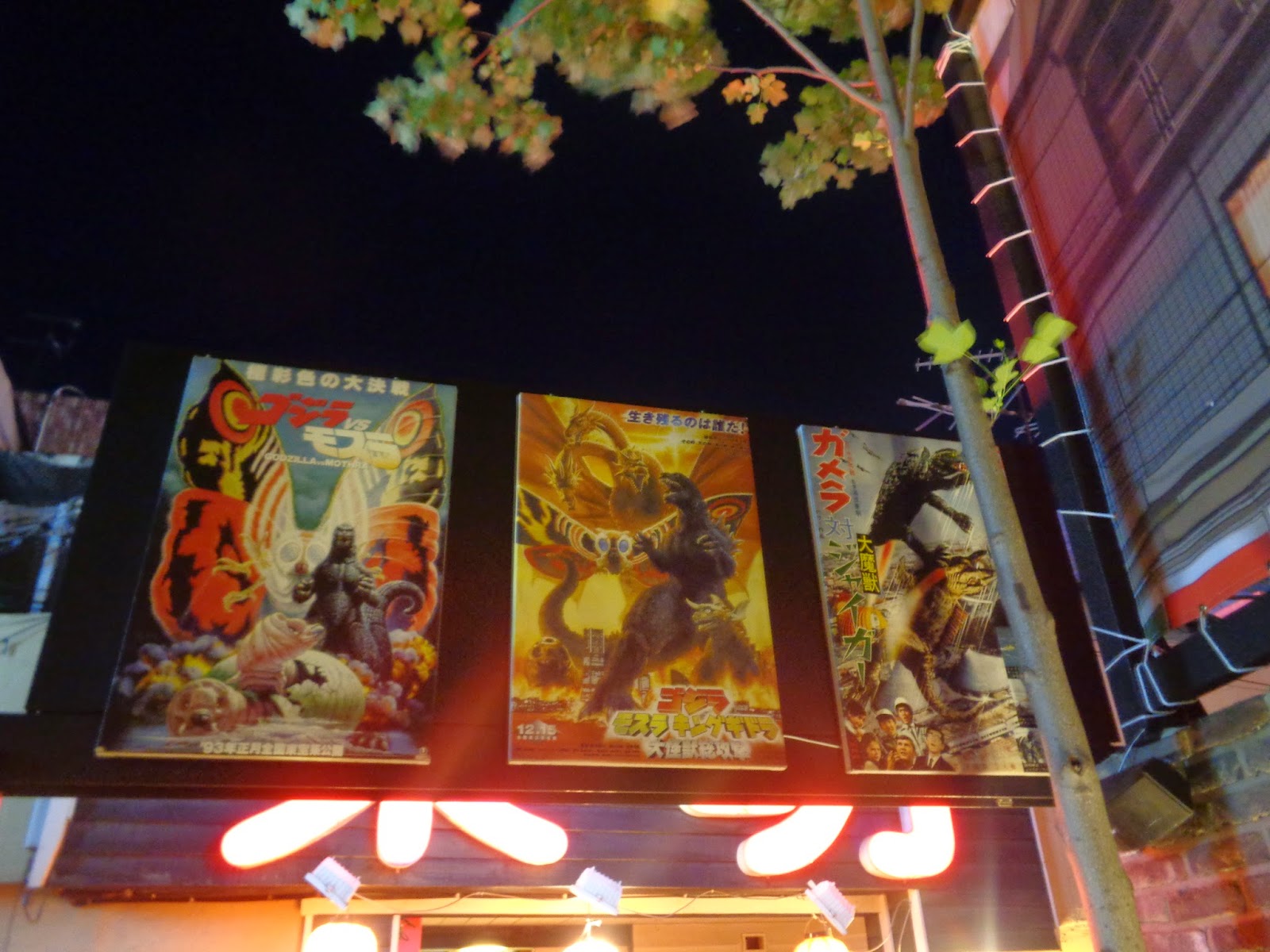 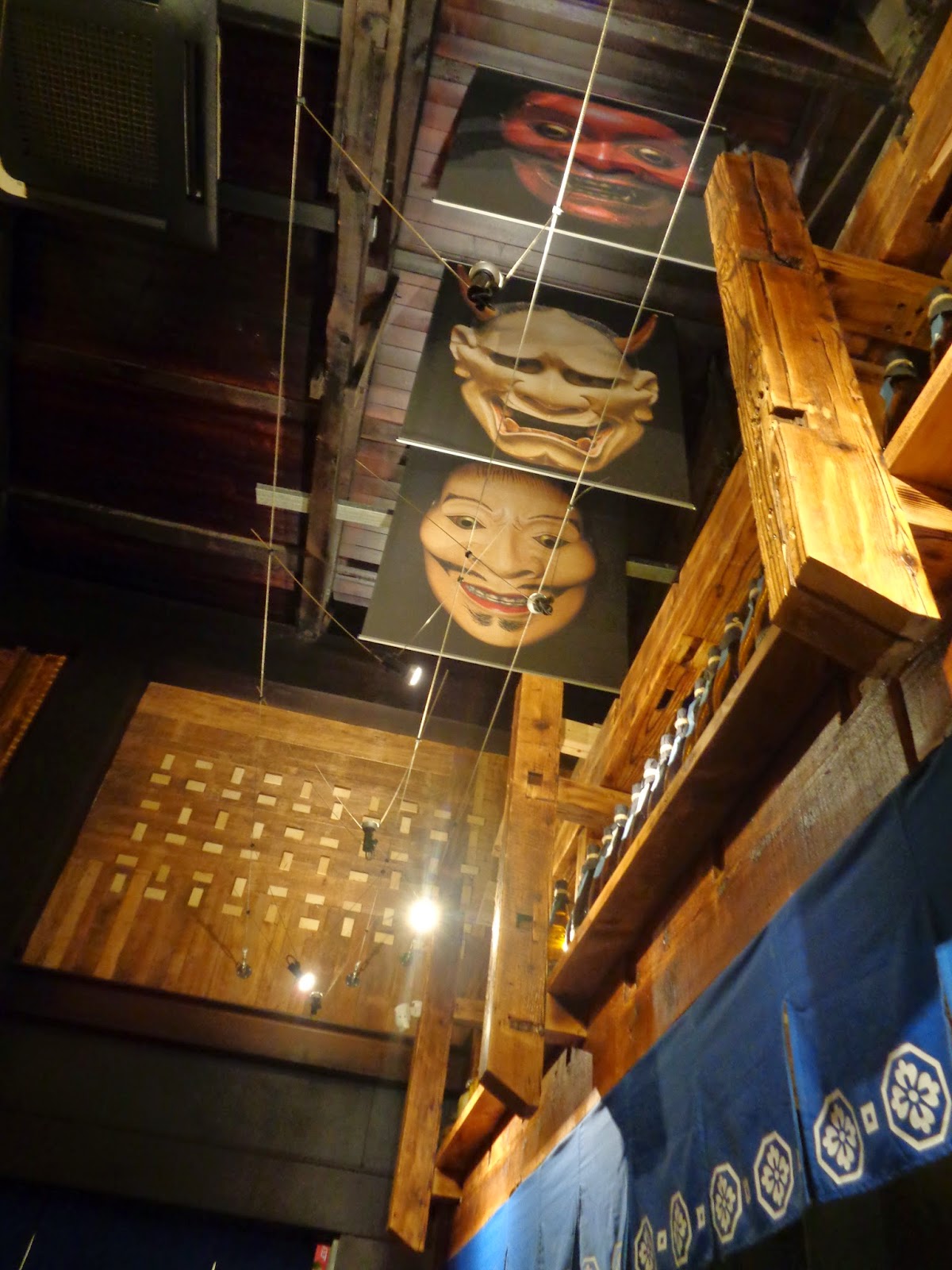 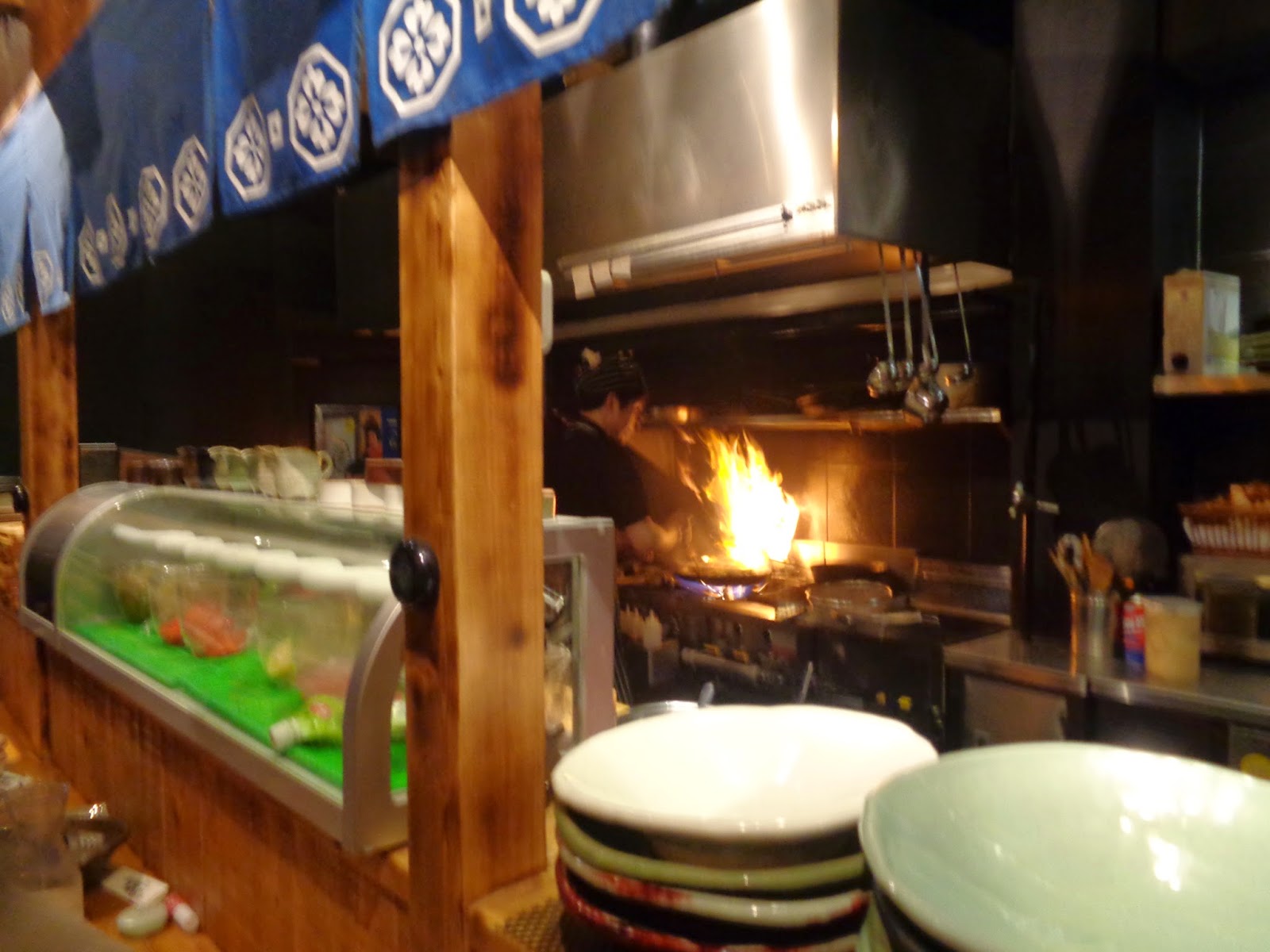 Godzilla has unique seating options: a Japanese commercial district, large private booths, bar seating with views of the kitchen, and outdoor tables under Gigantis himself. 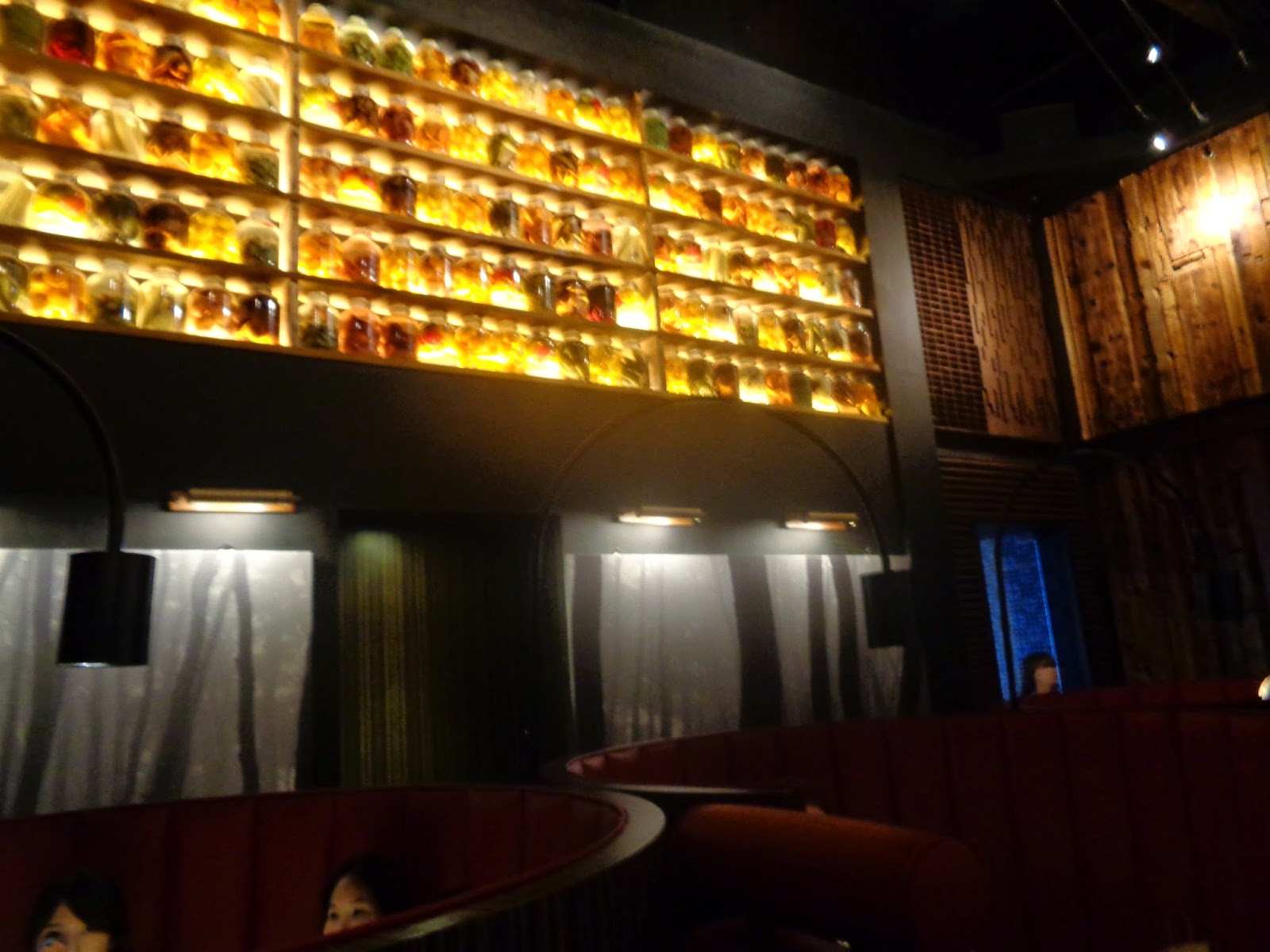 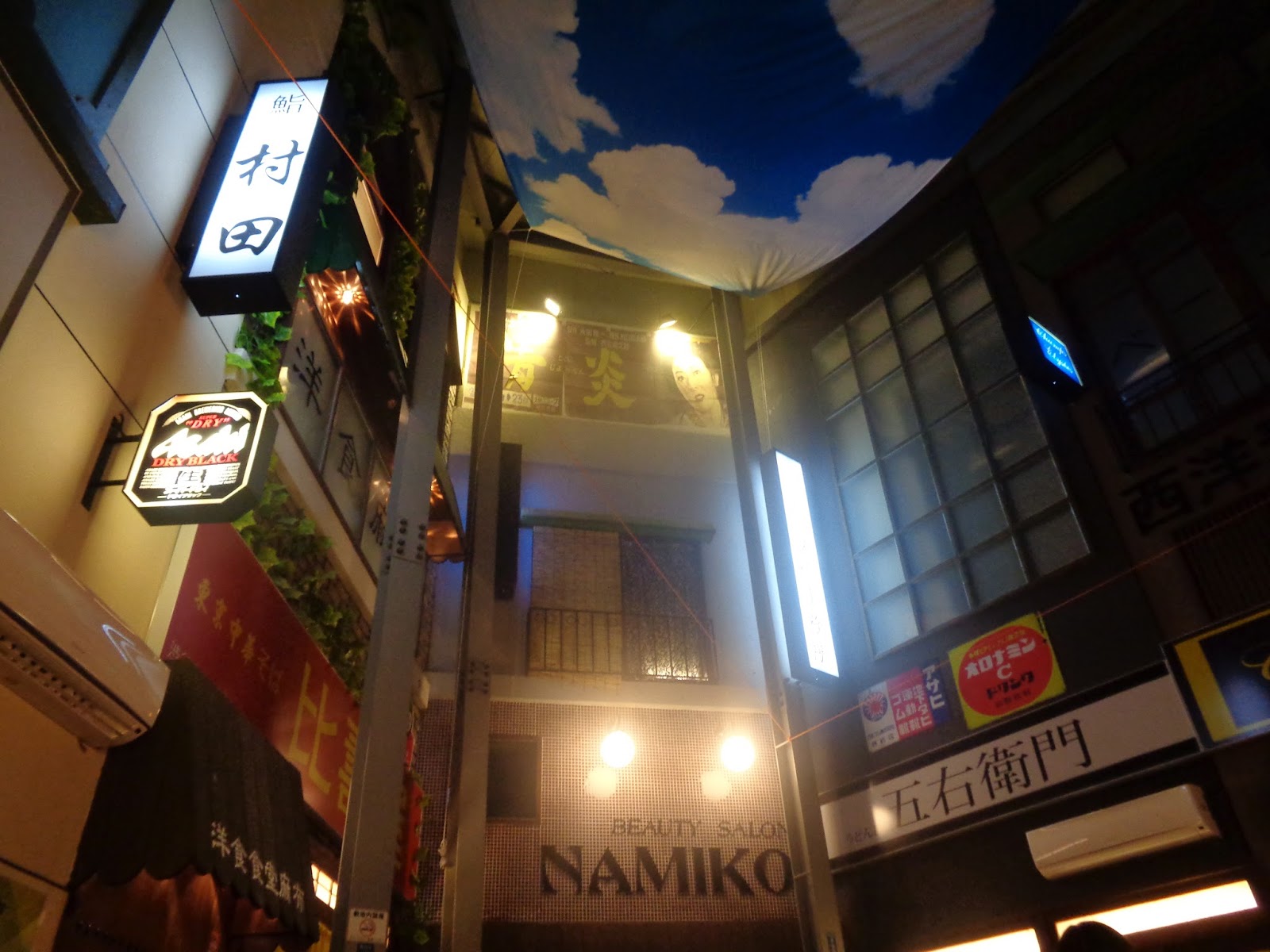 Location
Godzilla is downtown in an alley not far from Samduk Fire Station (삼덕소방서).  From the Fire Station, head into the main downtown strip, and the alley is on your right past the first intersection (club street).  The short alley has several other Japanese-style restaurants, or Izakayas, including the one formerly known as Maido. 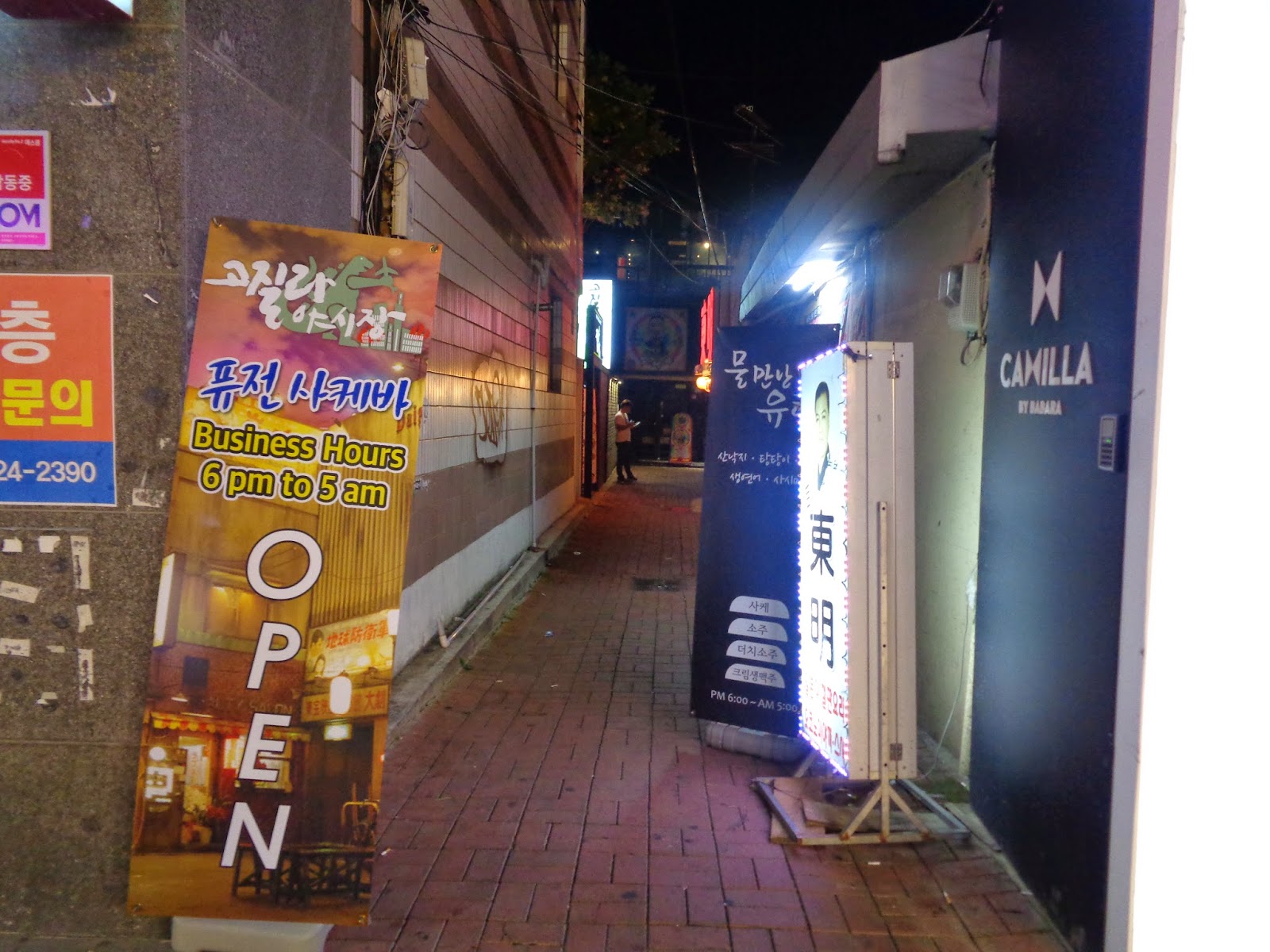