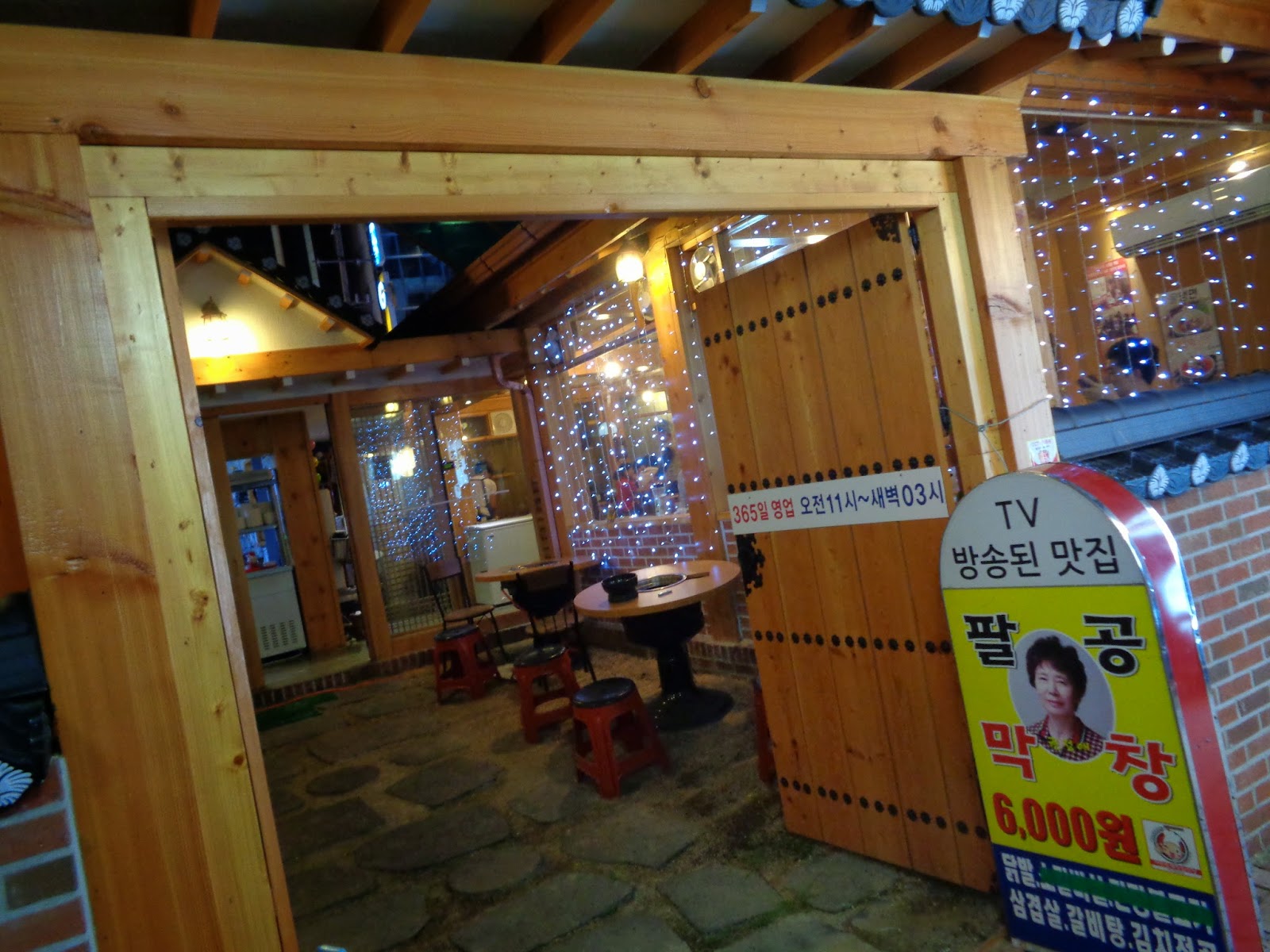 What is makchang (막창)?  Some call it large intestine, others call it pork.  Whole truth be told it's the "end" (막) of the pig's digestive system (창).  It's rectum.

Pig rectum may sound unappealing to some.  But maybe they just haven't acquired the taste, or haven't eaten it at great places like Palgong Makchang.  As something of a rectum connoisseur (read: stage 1 addict), I'm qualified to declare this may be the best makchang restaurant in Daegu, the city of makchang restaurants.  While I've written about some in the past, none can match the crispy, juicy and reasonably-priced rectum here at Palgong Makchang. 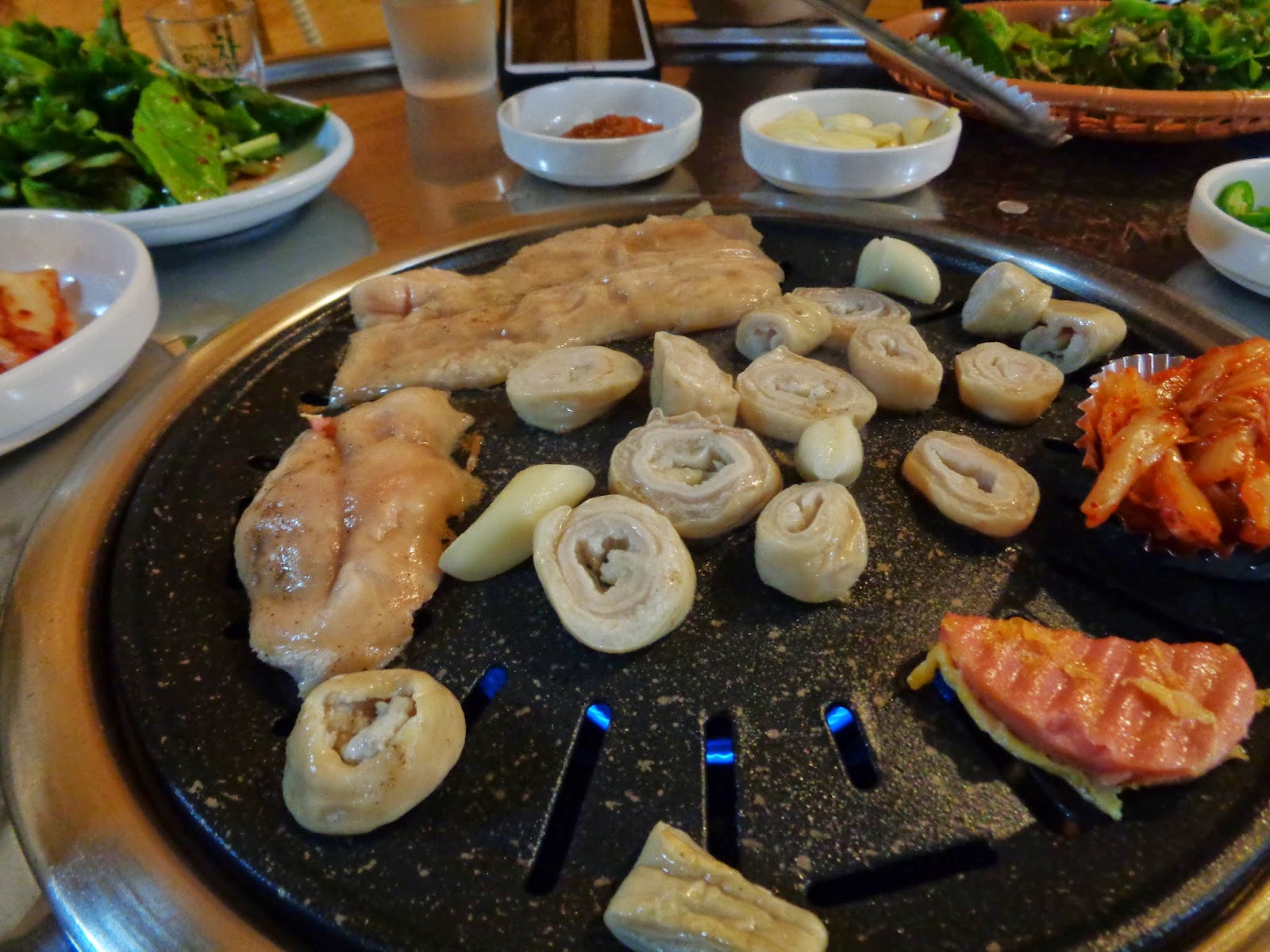 For only 6,000krw per serving [see menu at bottom], they offer two distinct styles:

1. Palgong makchang (팔곡막창).  Their titular style is cut into rings and boiled prior to serving.  It must bear the restaurant's name because it sounds better than common "boiled makchang" (삶은 막창).  The less popular of the two styles, some pieces are thicker and chewier. 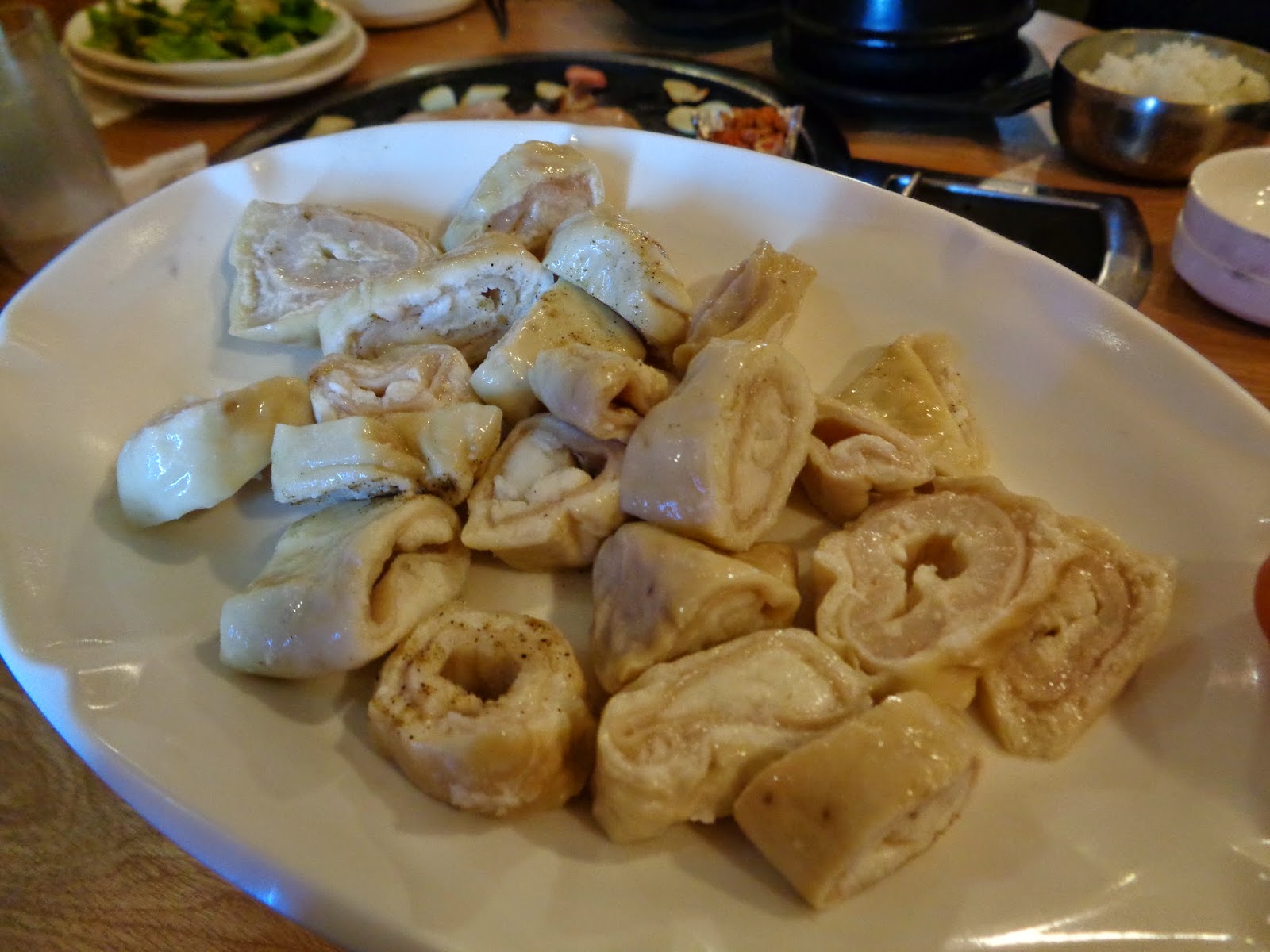 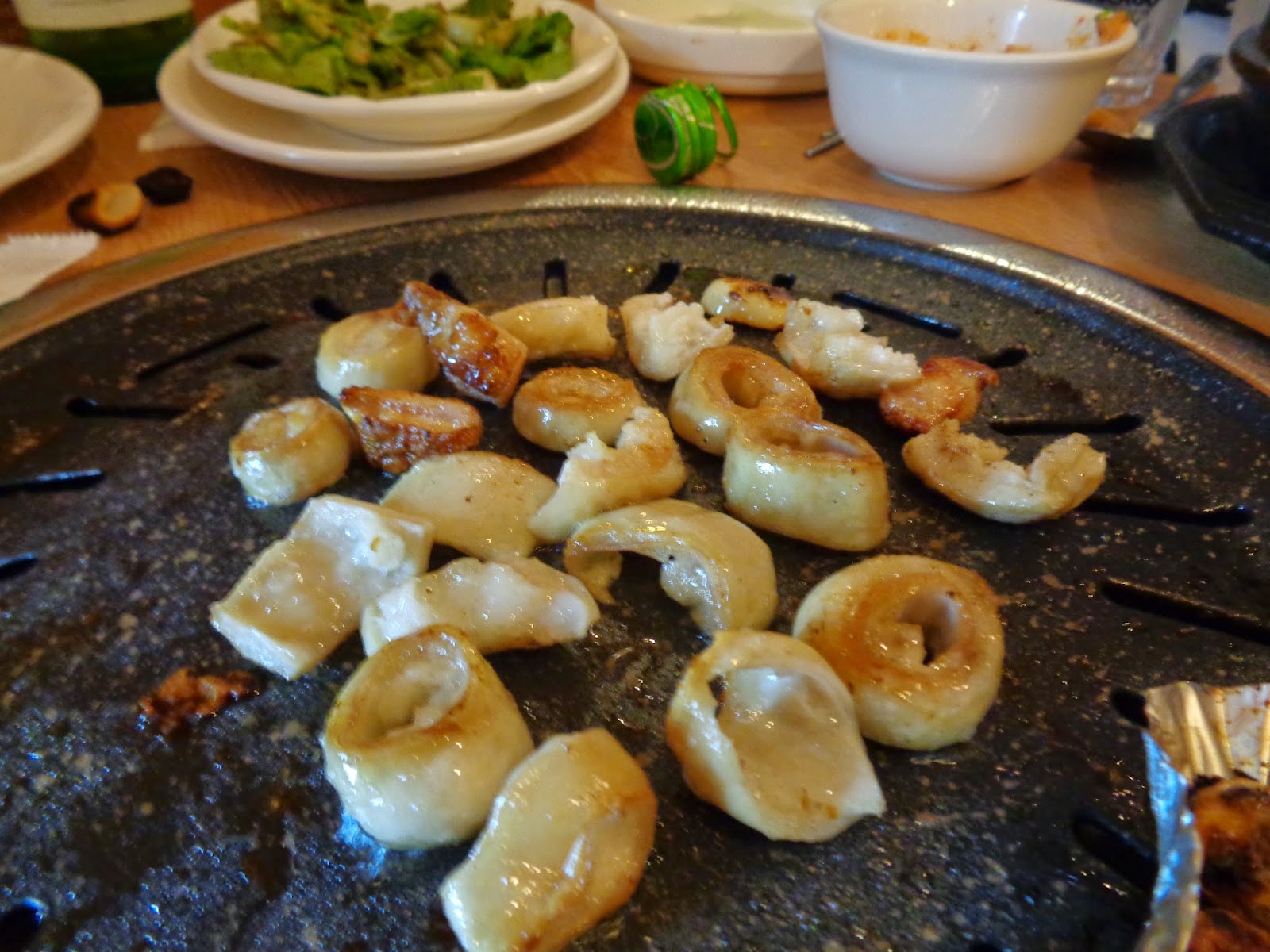 2. Saeng Makchang (생막창).  The second variety is "fresh" (생), meaning not boiled prior to serving.  Therefore it is cut into thinner sheets for more thorough grilling.  Cooked well-done it has edges and and soft, juicy insides. 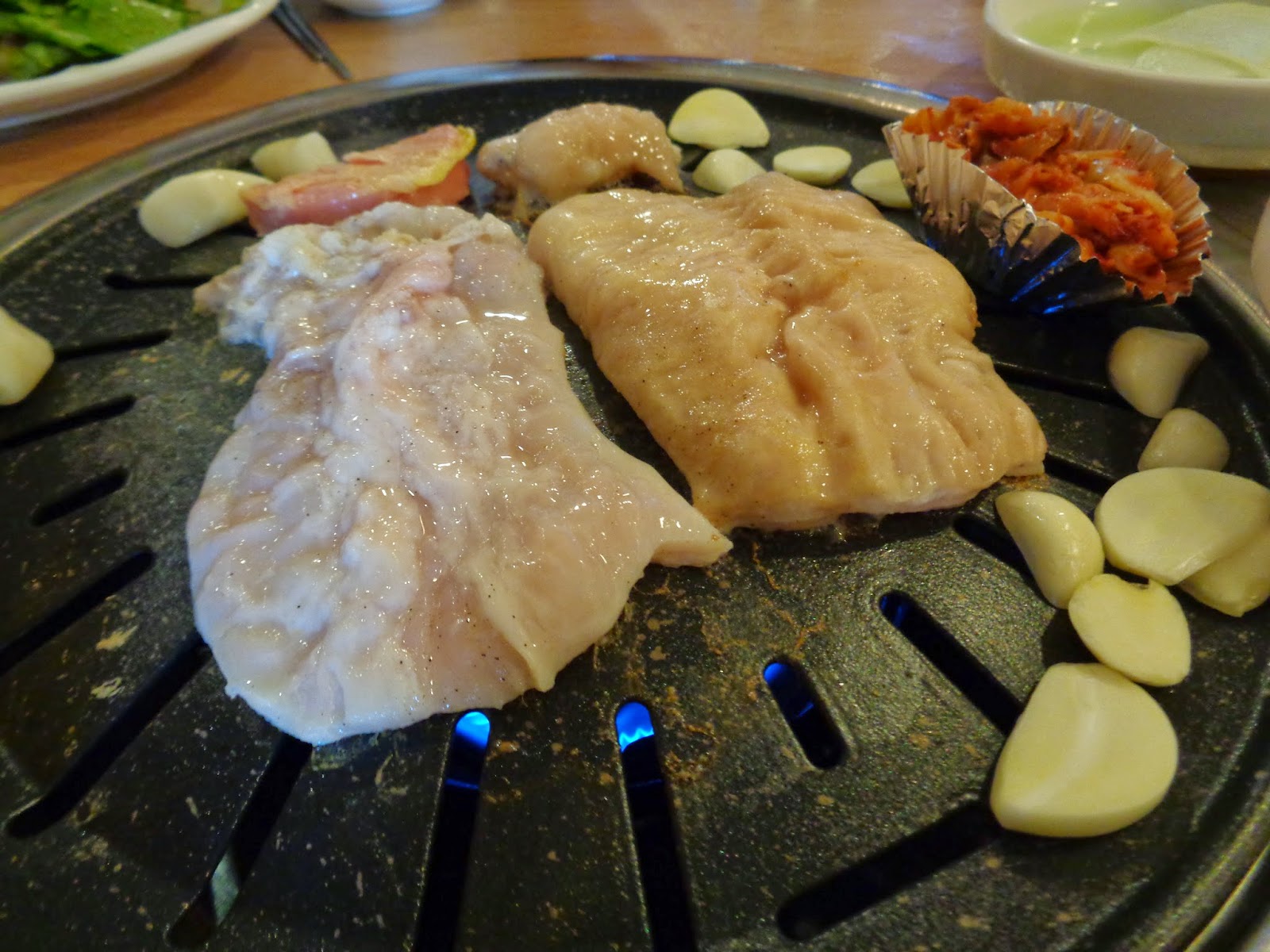 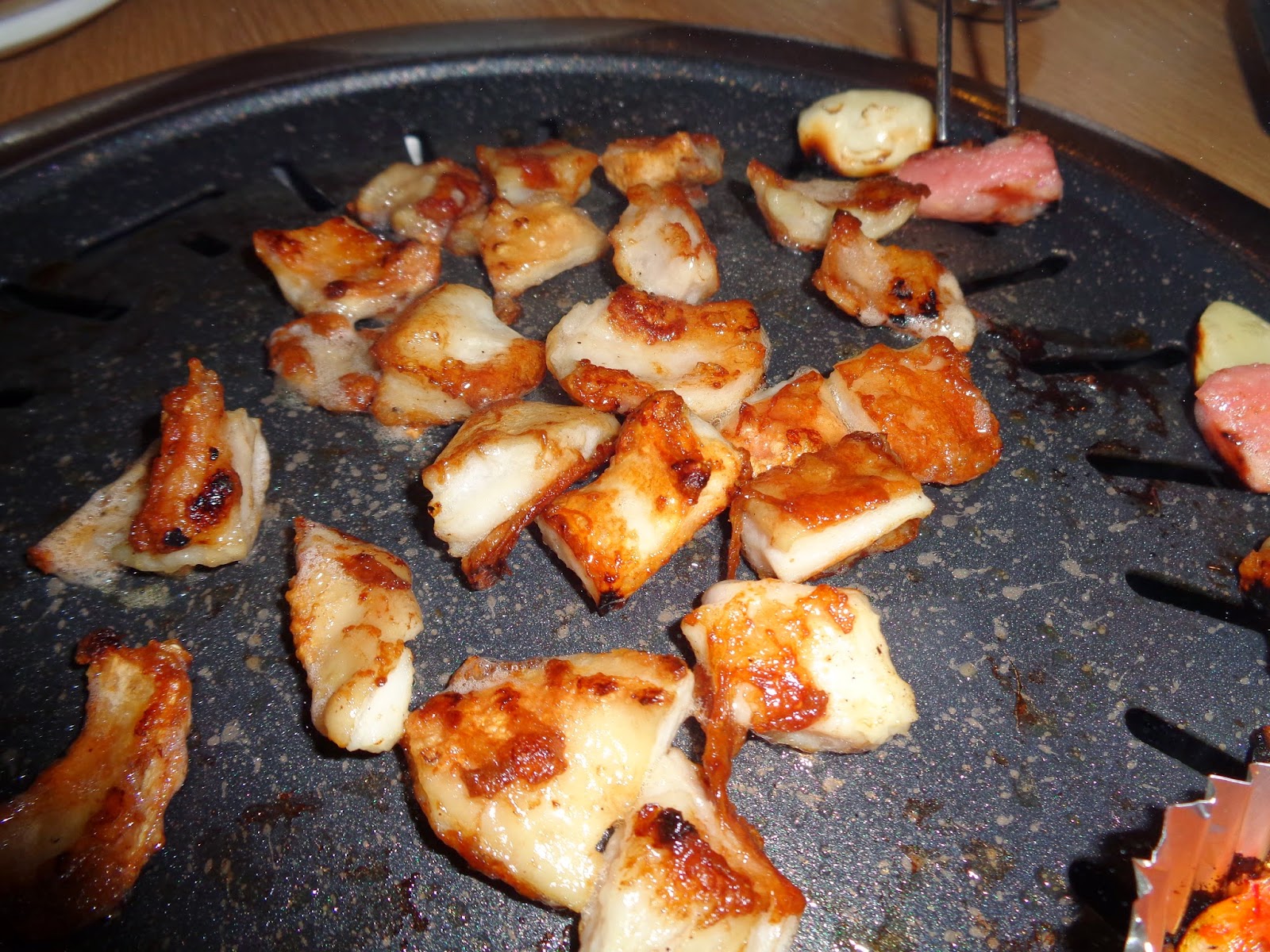 Dip your rectum in the specialty sauce (막창장), and add some chopped spring onions (파) and spicy peppers (고추). 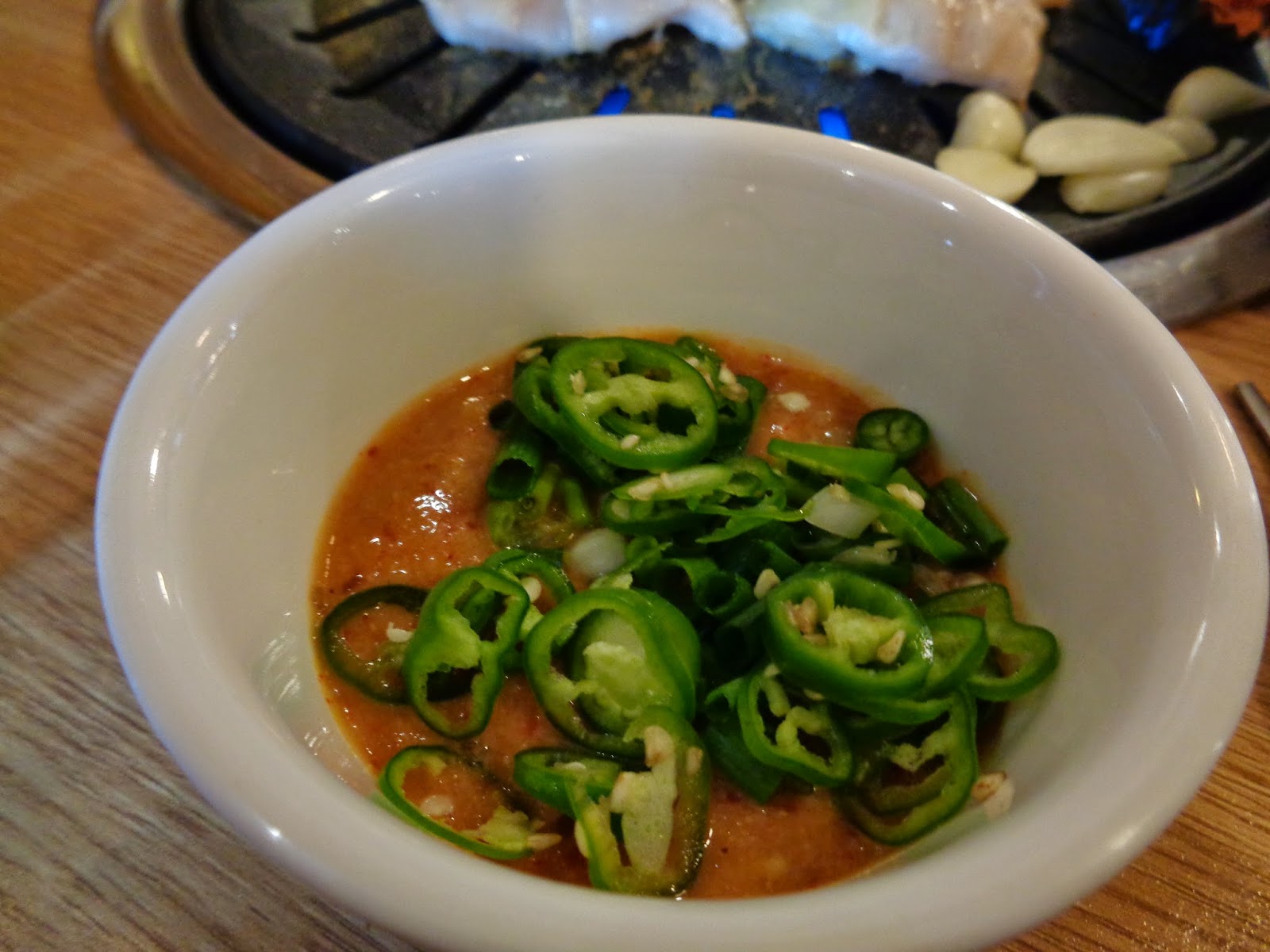 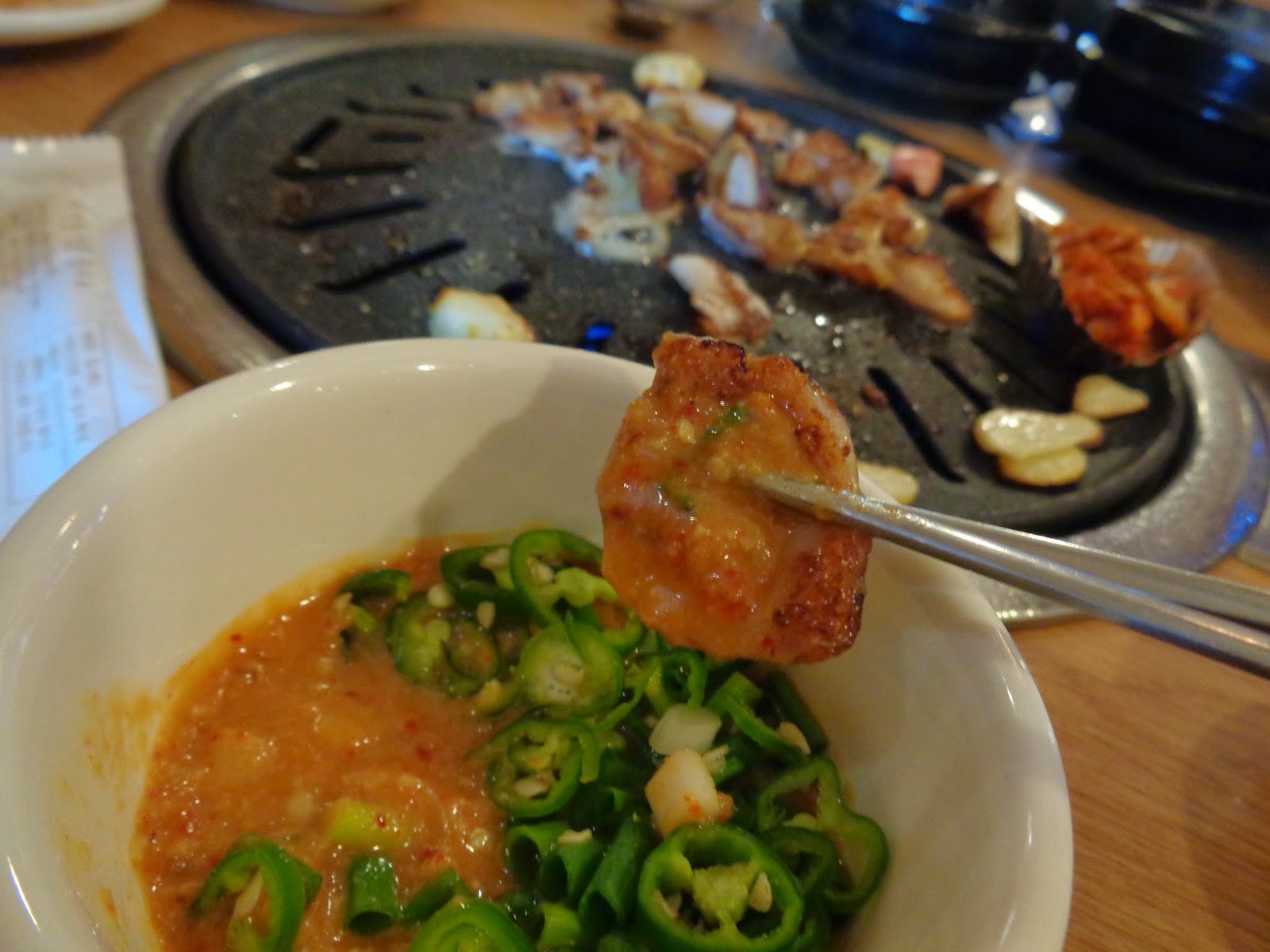 Samgyupsal (삼겹살), your standard pork belly, is also available for 7,000krw per serving. 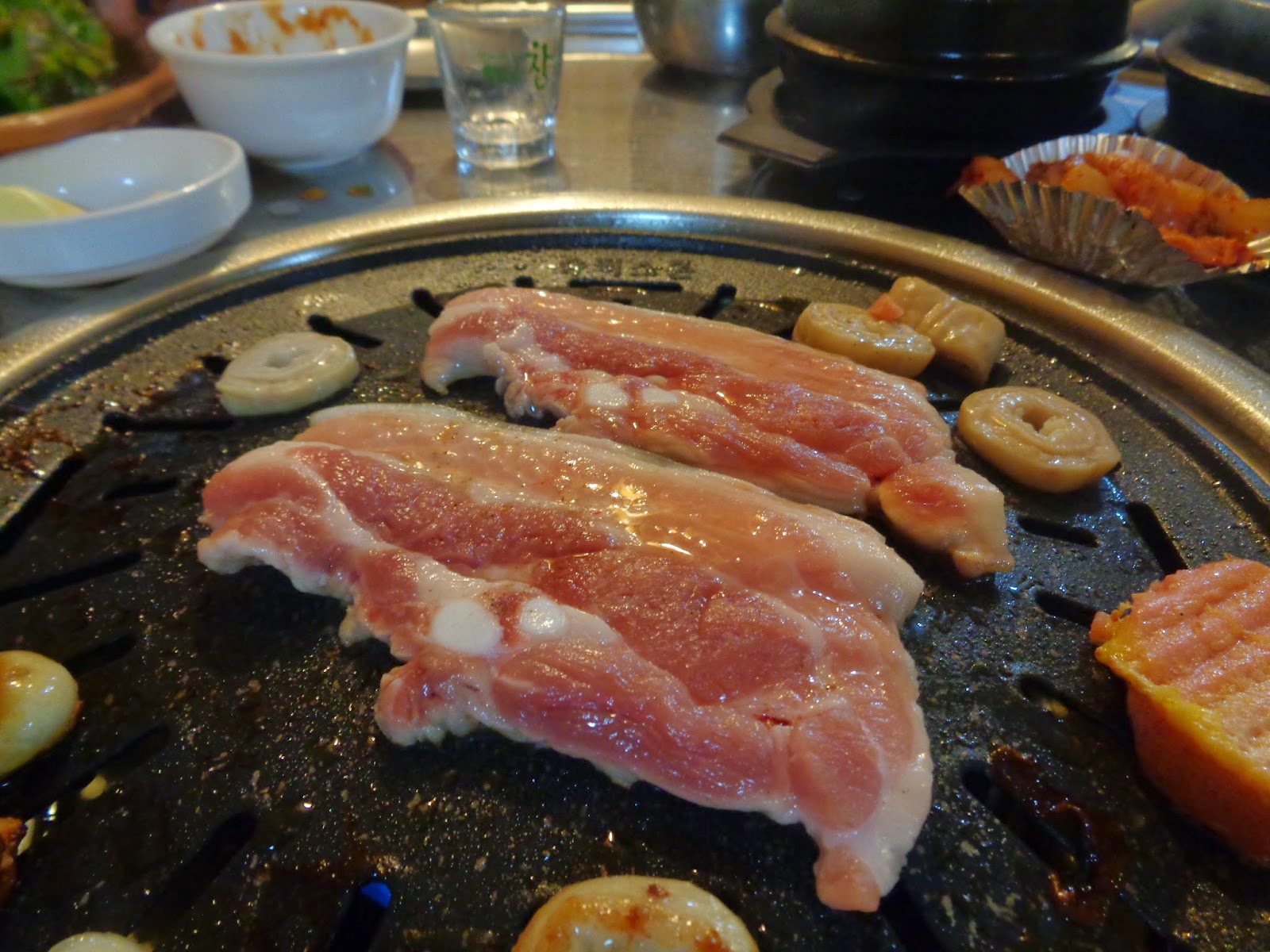 Makchang serves as a popular source of Anju (안주), meaning food eaten while drinking alcohol.  A shot of Soju precedes a moutfull of meat or soup.  This sequence doubles as both a palate-cleanser and a chaser. 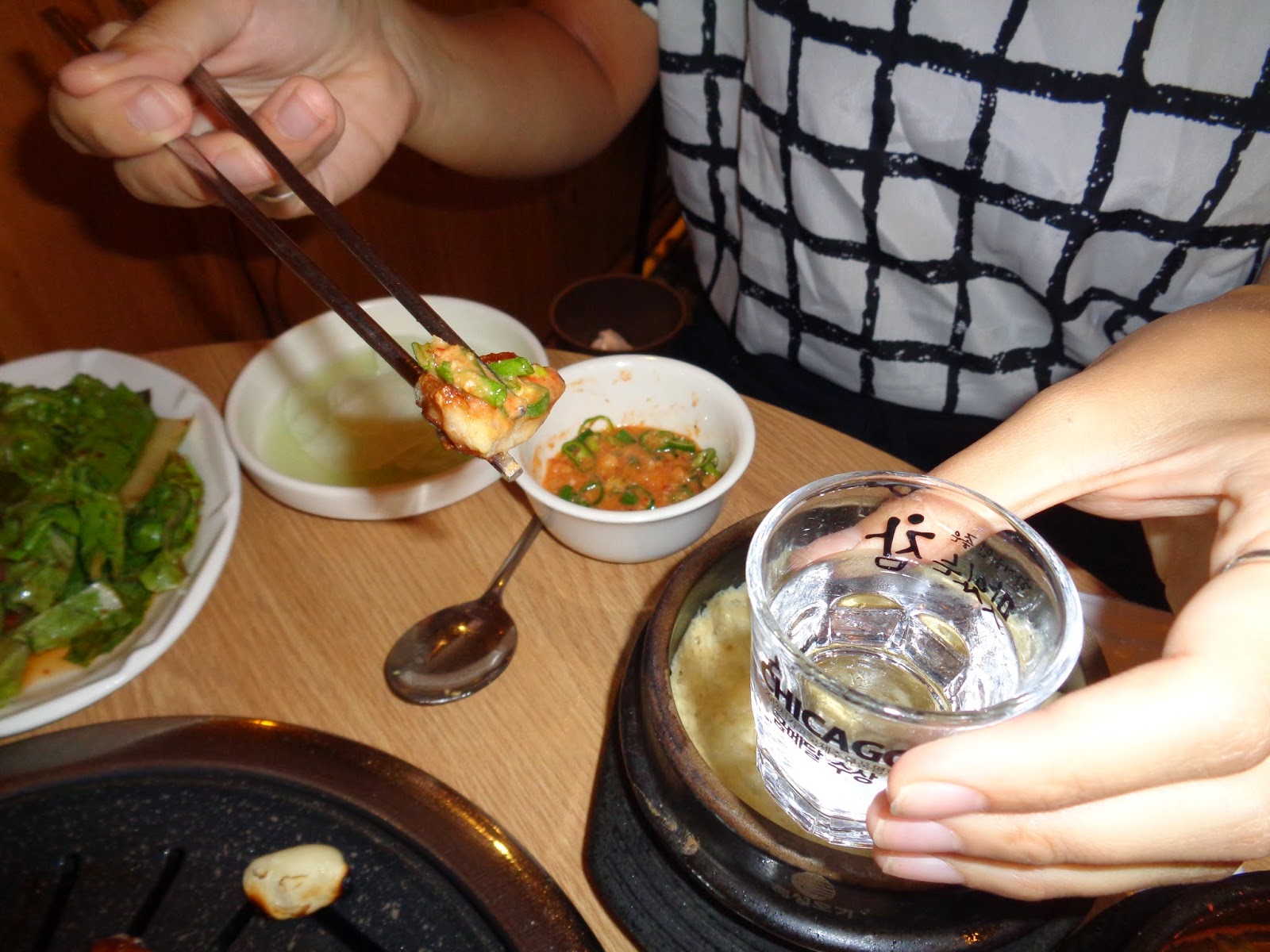 Another tasty Soju-chaser is the dwenjang-jjigae (된장찌개), or fermented bean-paste soup.  It's served free as long as you order at least one serving or rice (공기밥). 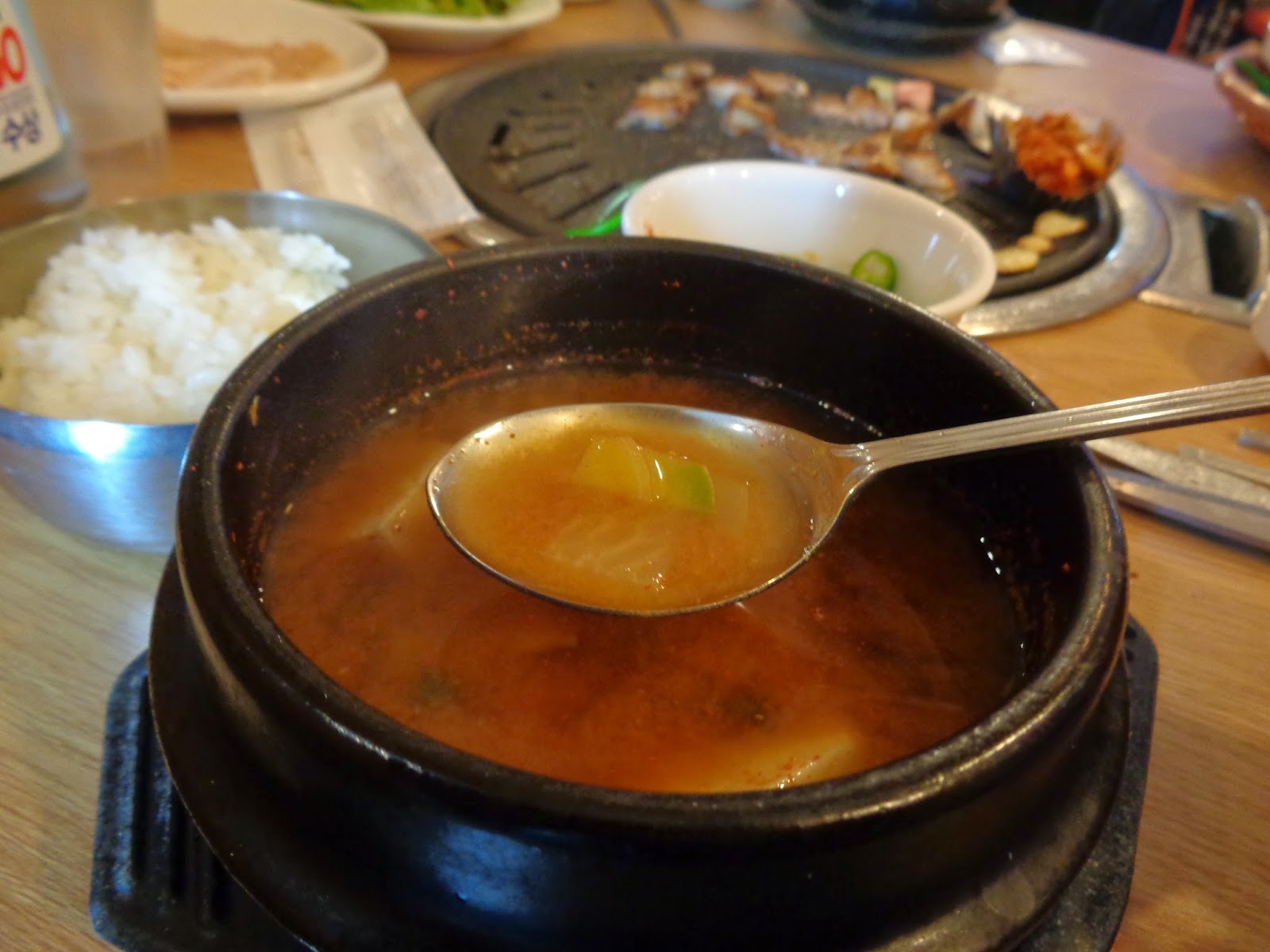 Atmosphere
Palgong Makchang is extremely popular, often with lines on weekends.  Despite the crowds, the interior never seems too loud or cramped thanks to the building layout.  The central courtyard and kitchen divide the dining areas into smaller, 6-8 table sections. 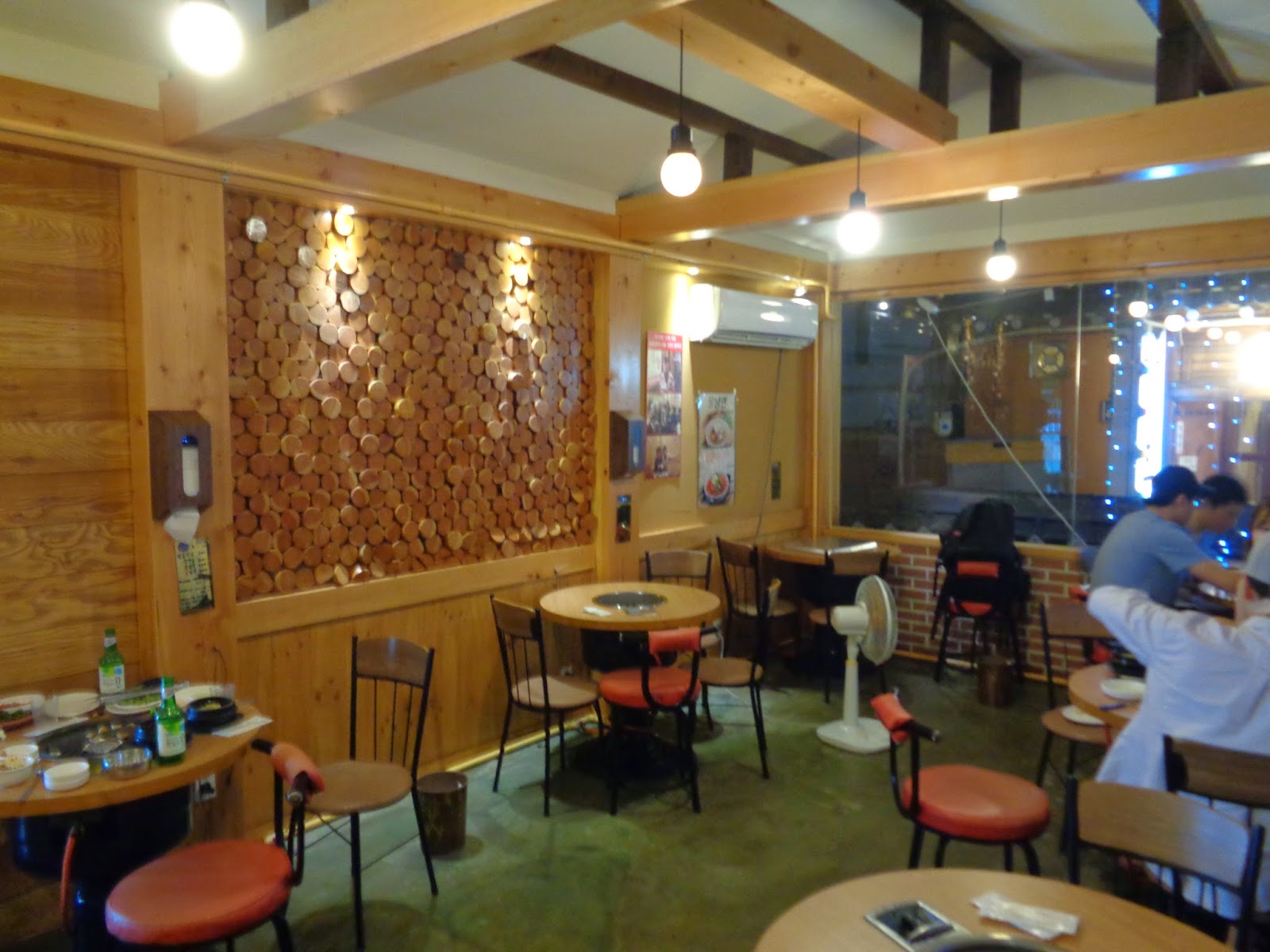 They also own the building next door intended for private parties, but also used for overflow on busy nights. 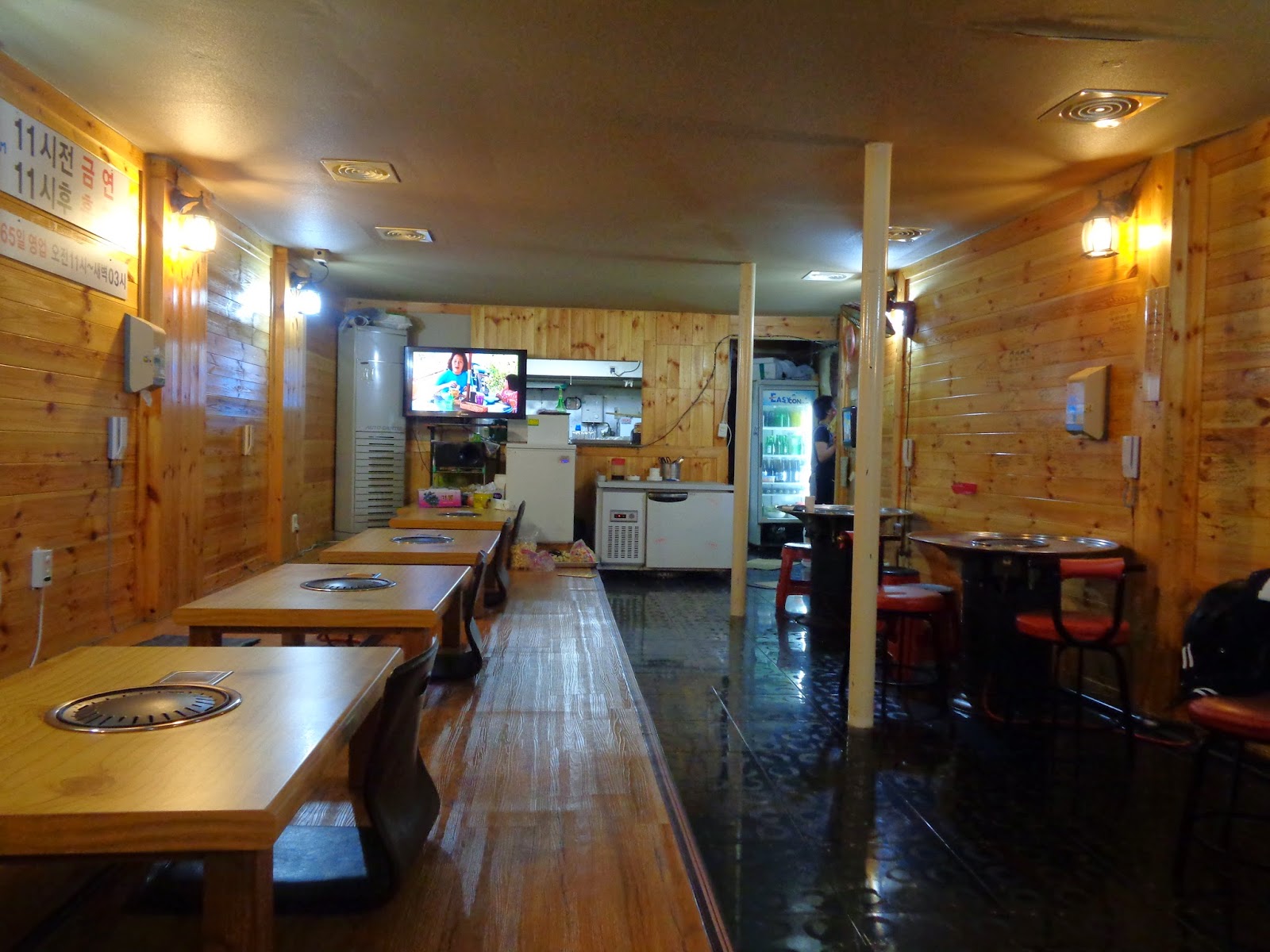 Location
Palgong Makchang is in an alley downtown near the Samduk Police Station.  From the Station, heading towards the stage area, the alley is on the left between "Pizzeria" and a Japanese Donkas place, the same alley as Daegu's finest Fried Chicken restaurant. 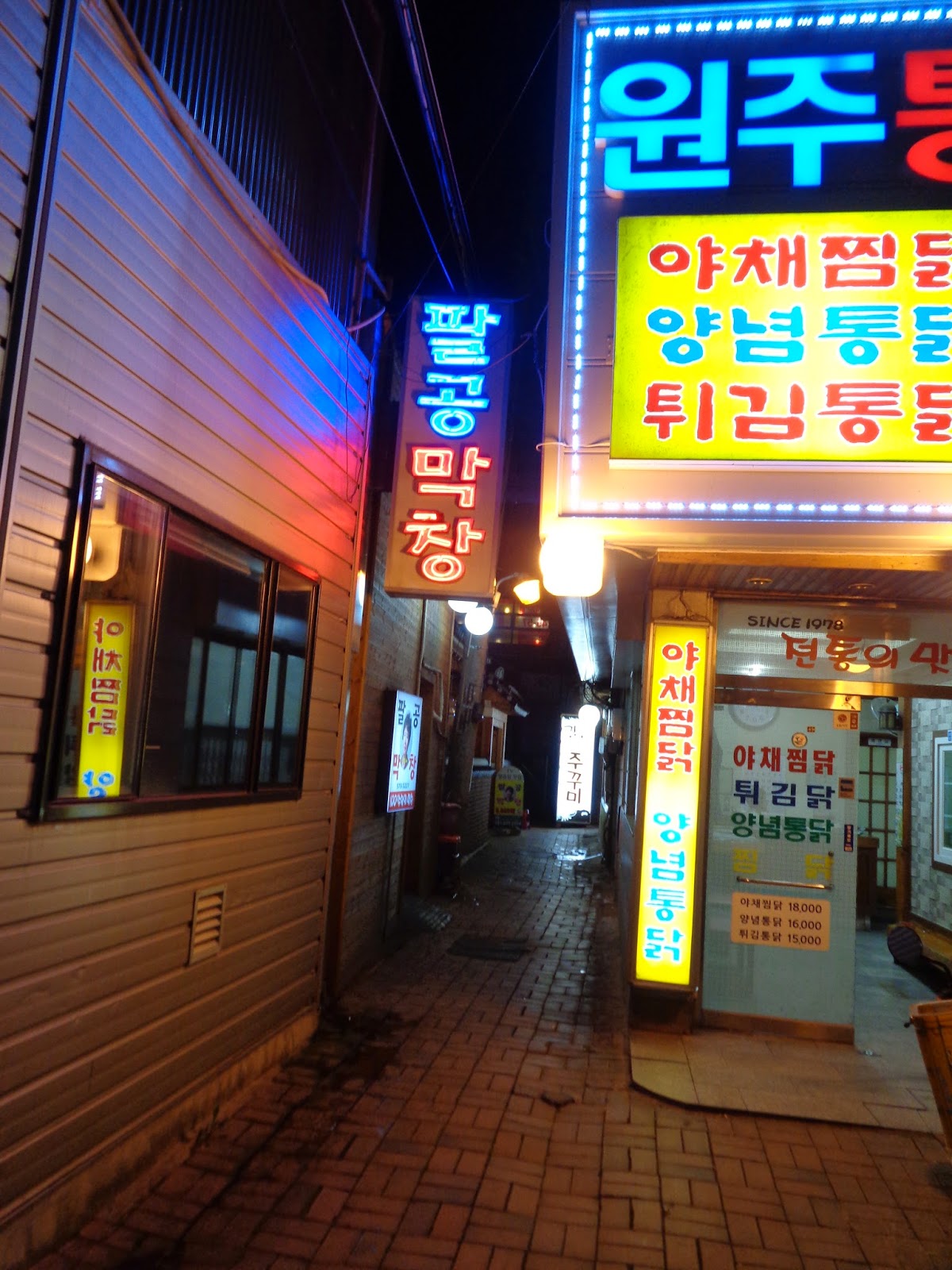 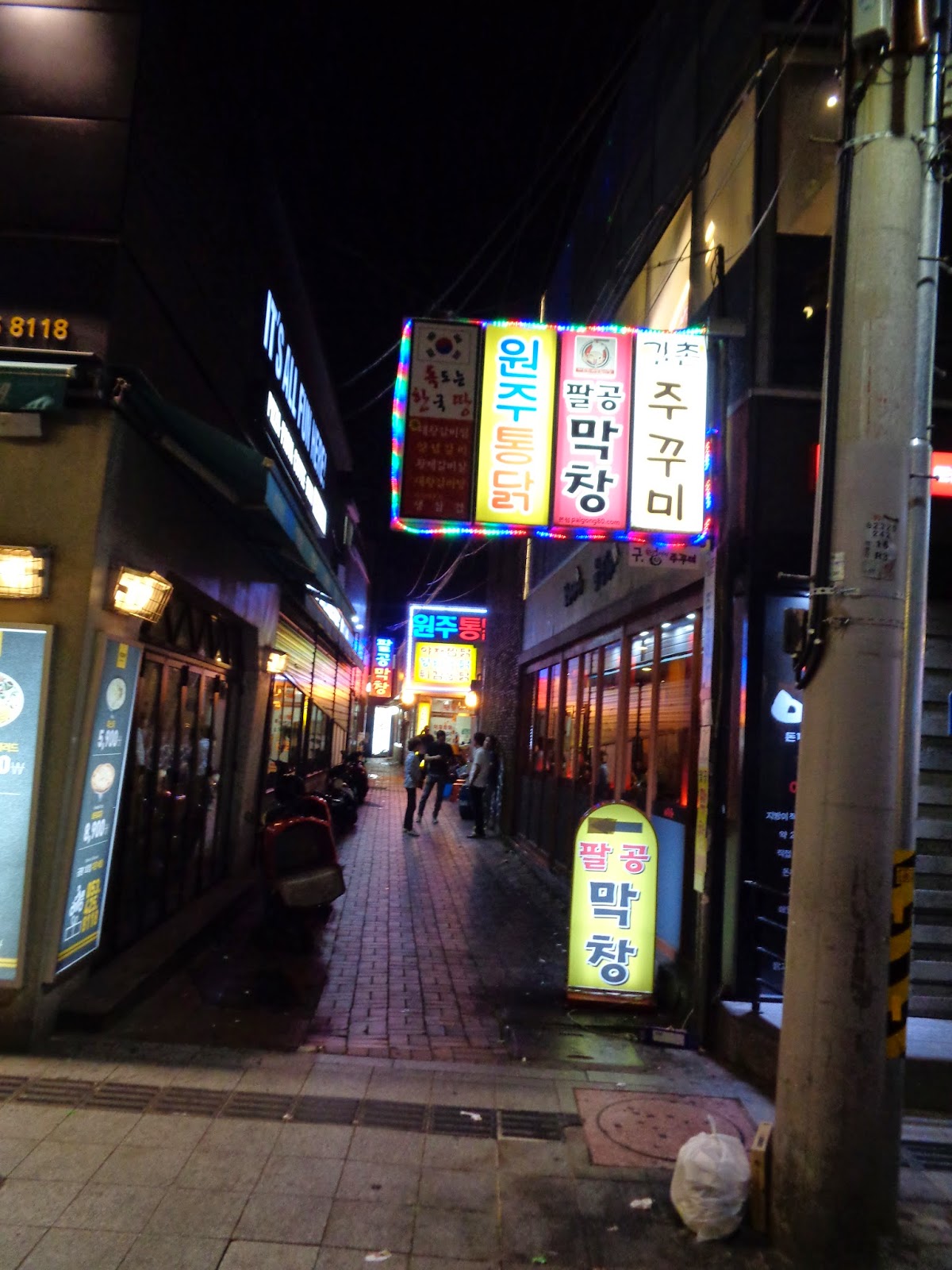 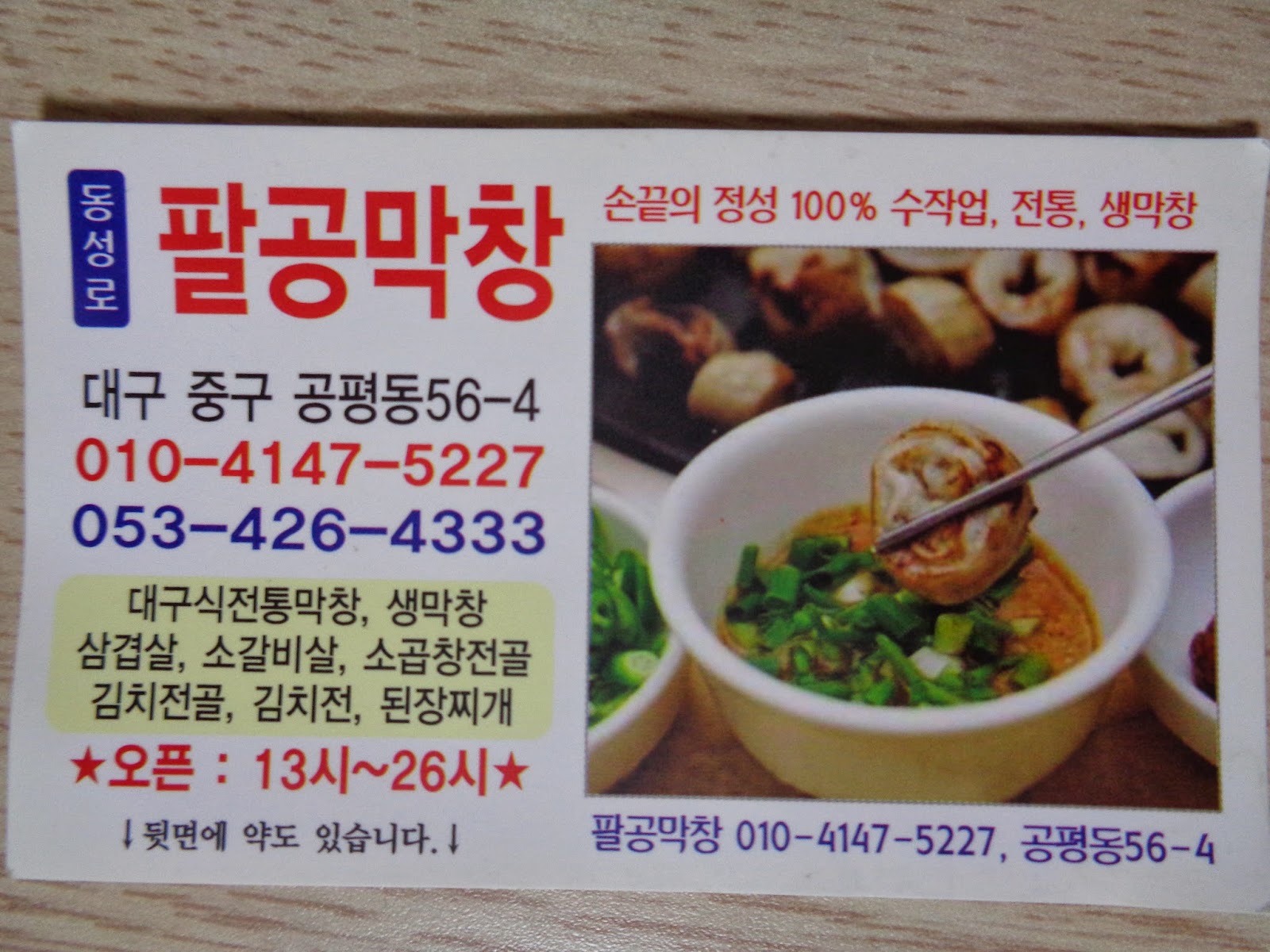 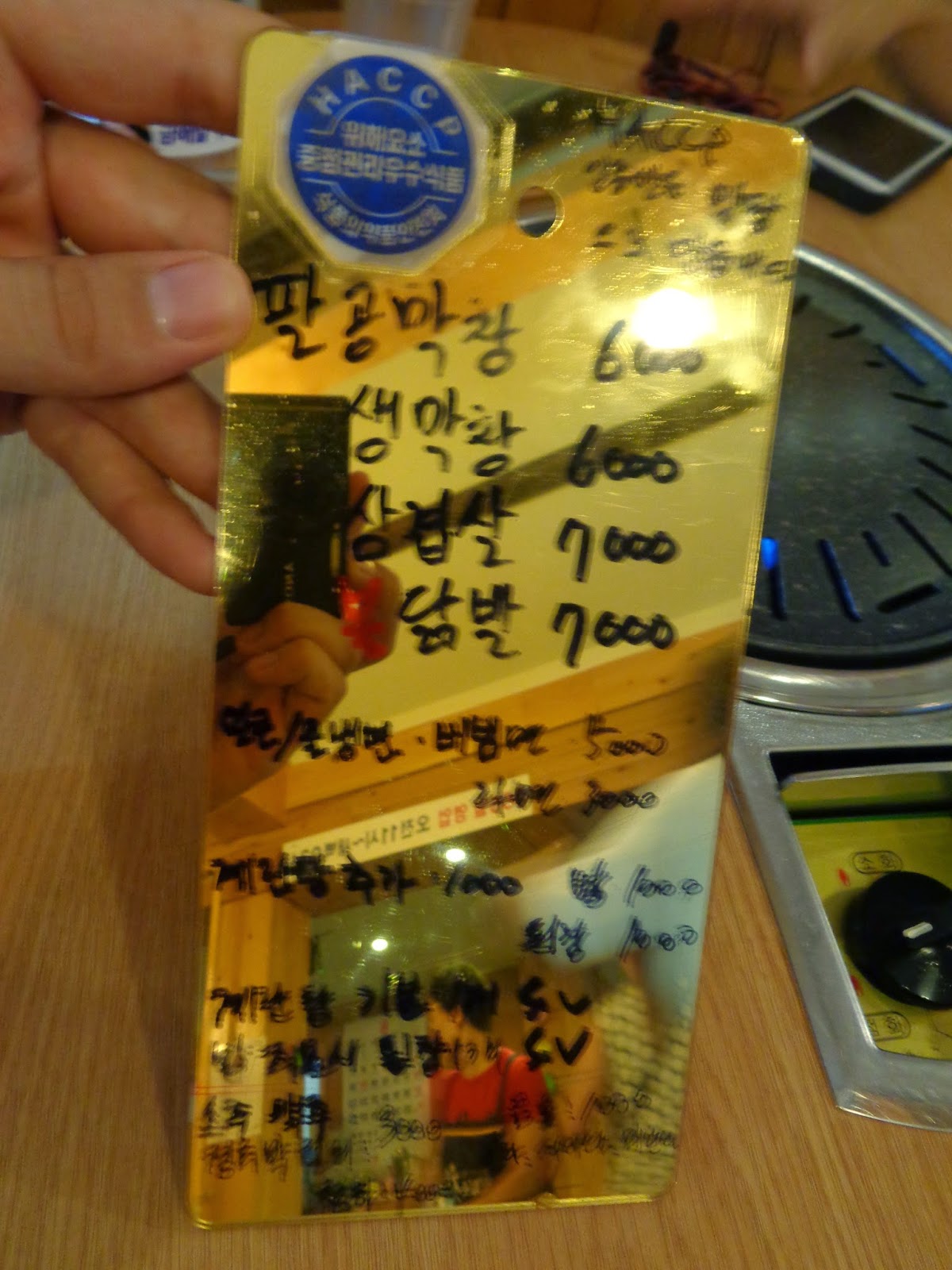