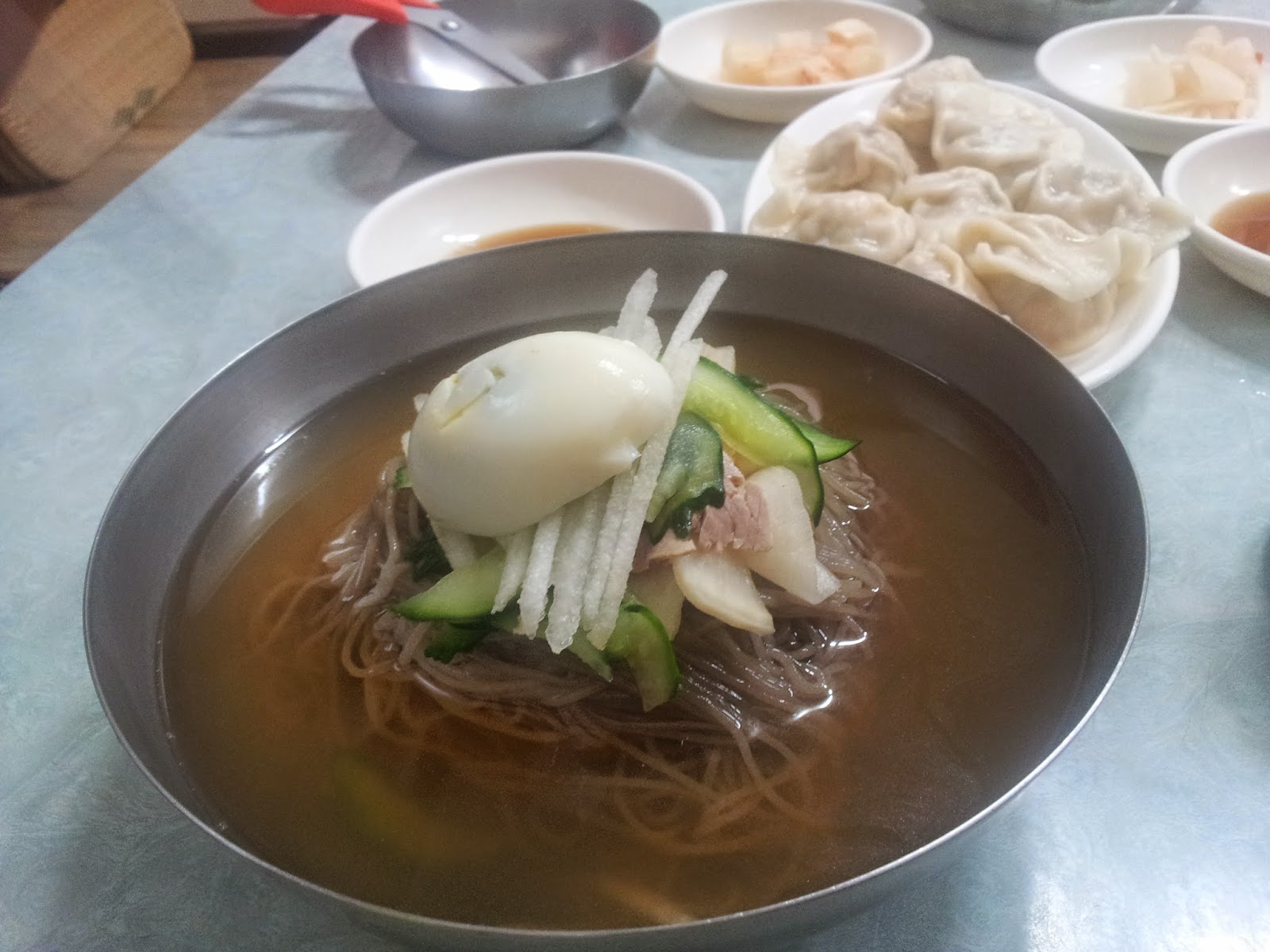 Summer is here.  As residents of this giant oven known as Daegu, we know what that means: hot sweaty summer heat.  It means diving between patches of shade while dodging gusts of bus exhaust.  It means higher frequency of SHC (that's spontaneous human combustion, for the laymen or non-Daeguites).  In fact, few non-reptilians could survive the season if we weren't soaked in gallons of fire-retardant sweat.  Fortunately there's another way, a meal that can lower our body temperature!

Naeng-myeon (냉면) is a Korean classic for hot summer days, first served in 1800's Joseon dynasty but becoming increasing popular with global warming.  Literally "cold noodles," naeng-myeon is served in an icy metal bowl, with a cold broth and often frosty chunks of frozen winter ice.  The resulting absence of heat is enough to make a certain Batman villain proud... 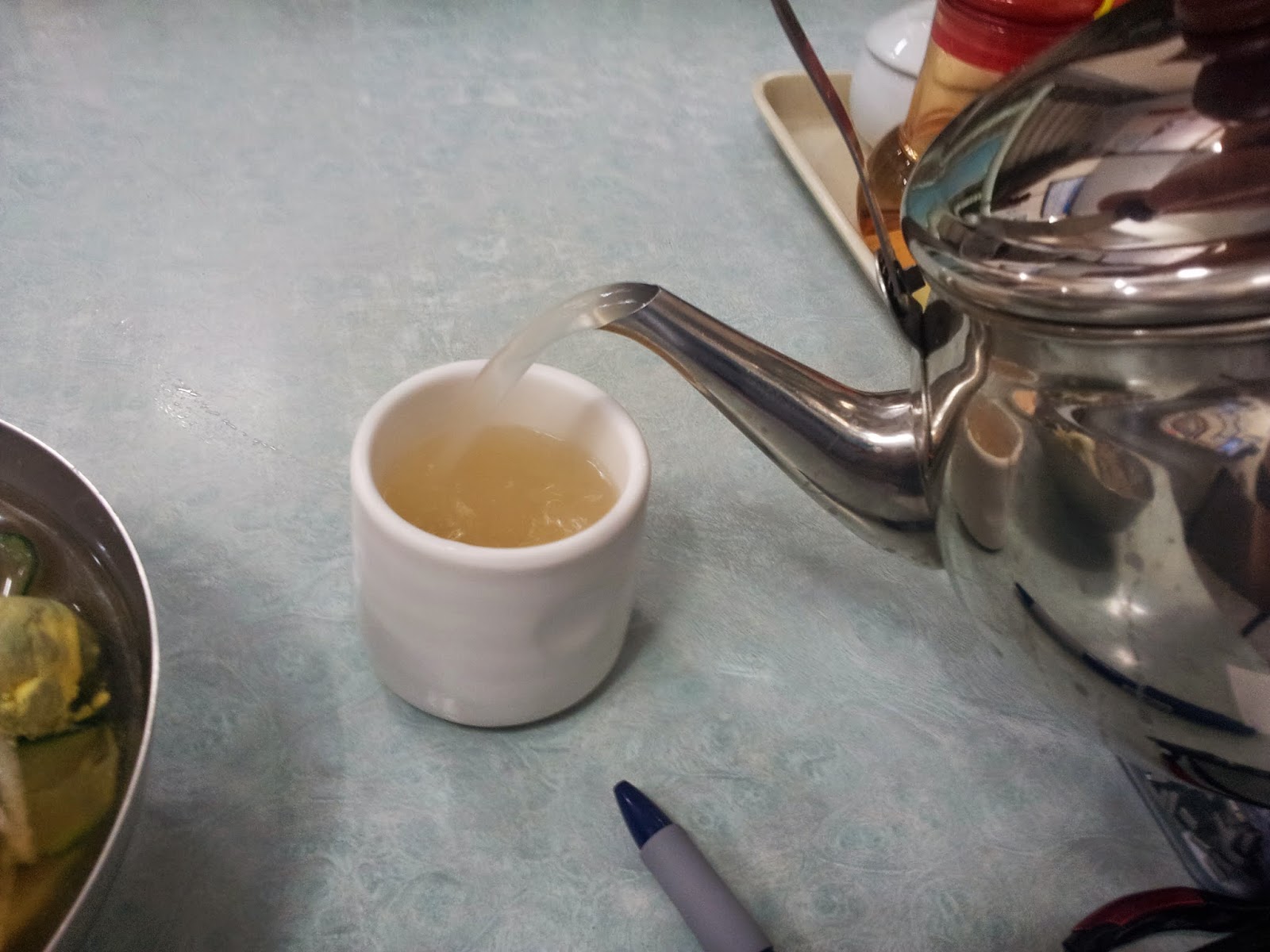 But before the main dish, try some of their pork tea.  Nothing makes you desperate for cold noodles like a hot salty broth.

(The booth near the entrance showcases the brewing process... yes, the one with the cauldron of pigs' limbs.)


Now for the refreshing Naeng-myeon.  The long, dark noodles are made often from buckweat, or sometimes other grains.  Toppings include cucumber, pear slices, radish, a boiled egg and in this case slices of pork. 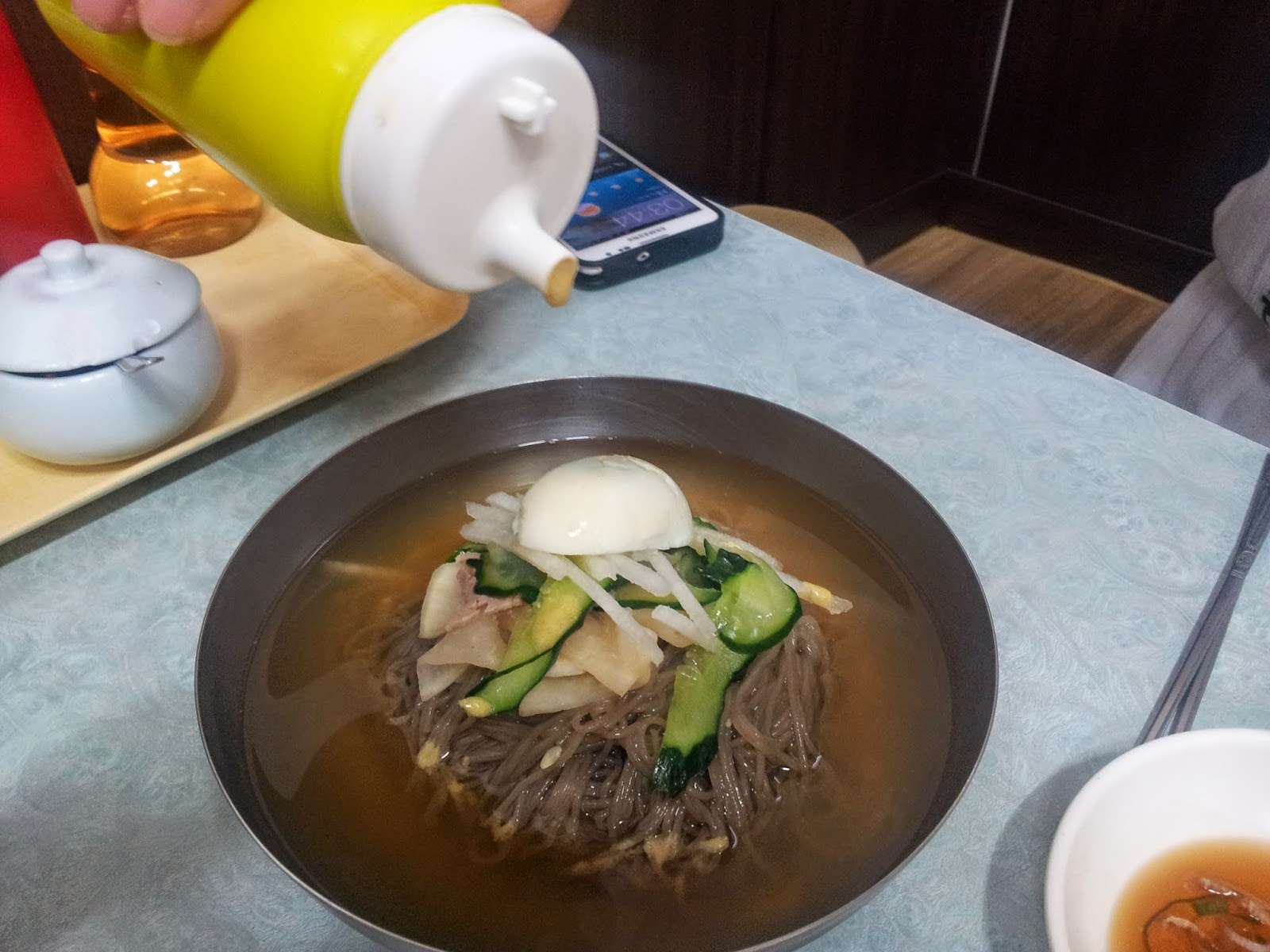 Add some spicy mustard and vinegar for that extra kick.  Just be sure to test the waters before diving in. 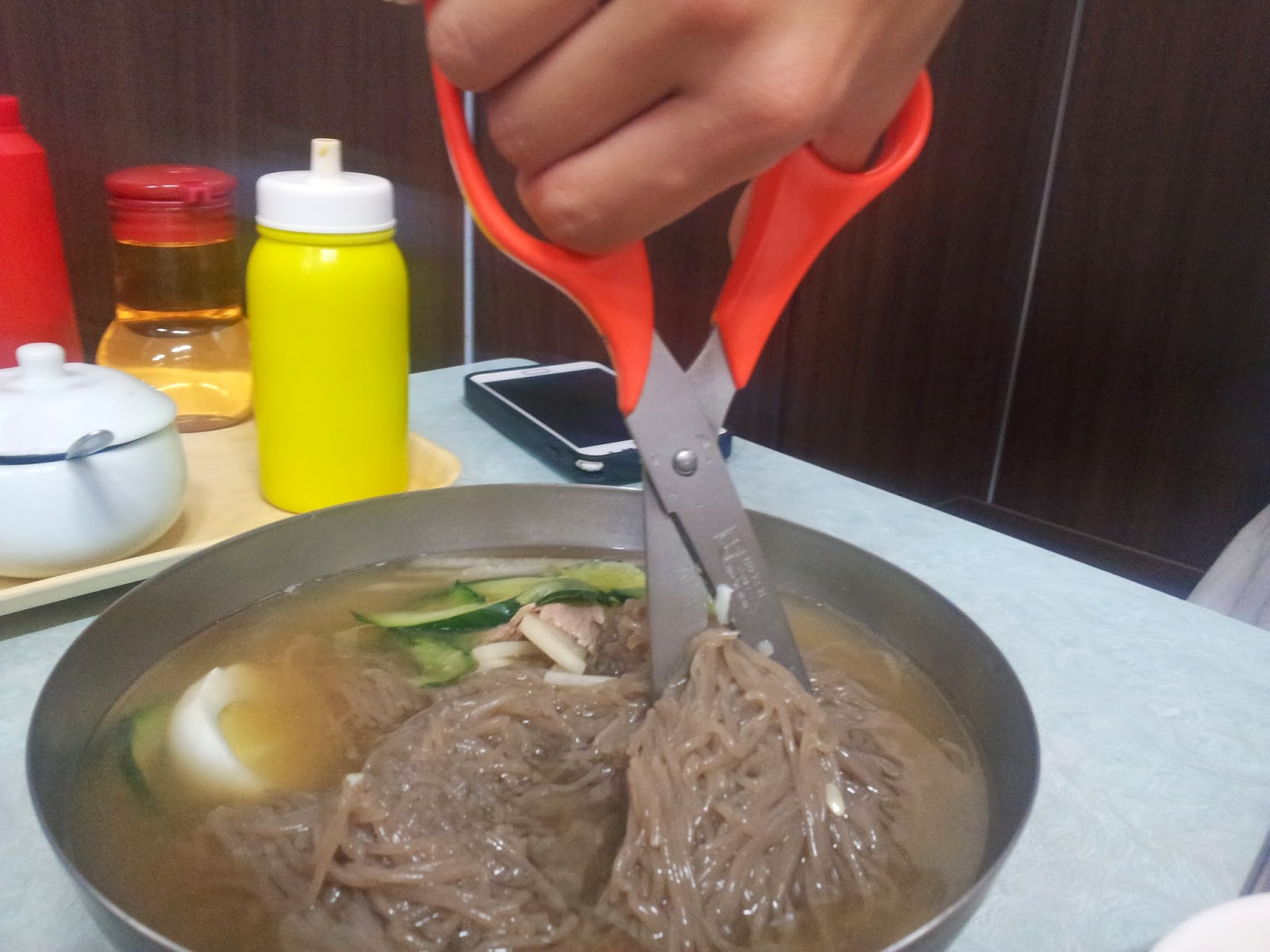 The long noodles traditionally symbolized longevity, but go ahead and cut your life short if it's convenient.

An alternative variety is the ham-heung naeng-myeon (함흥냉면), named after North Korean town.   It is not a soup, but rather a mix of noodles and veggies in a spicy red sauce, also known as bibim naeng-myeon (비빔냉면), or "mixed cold noodles." 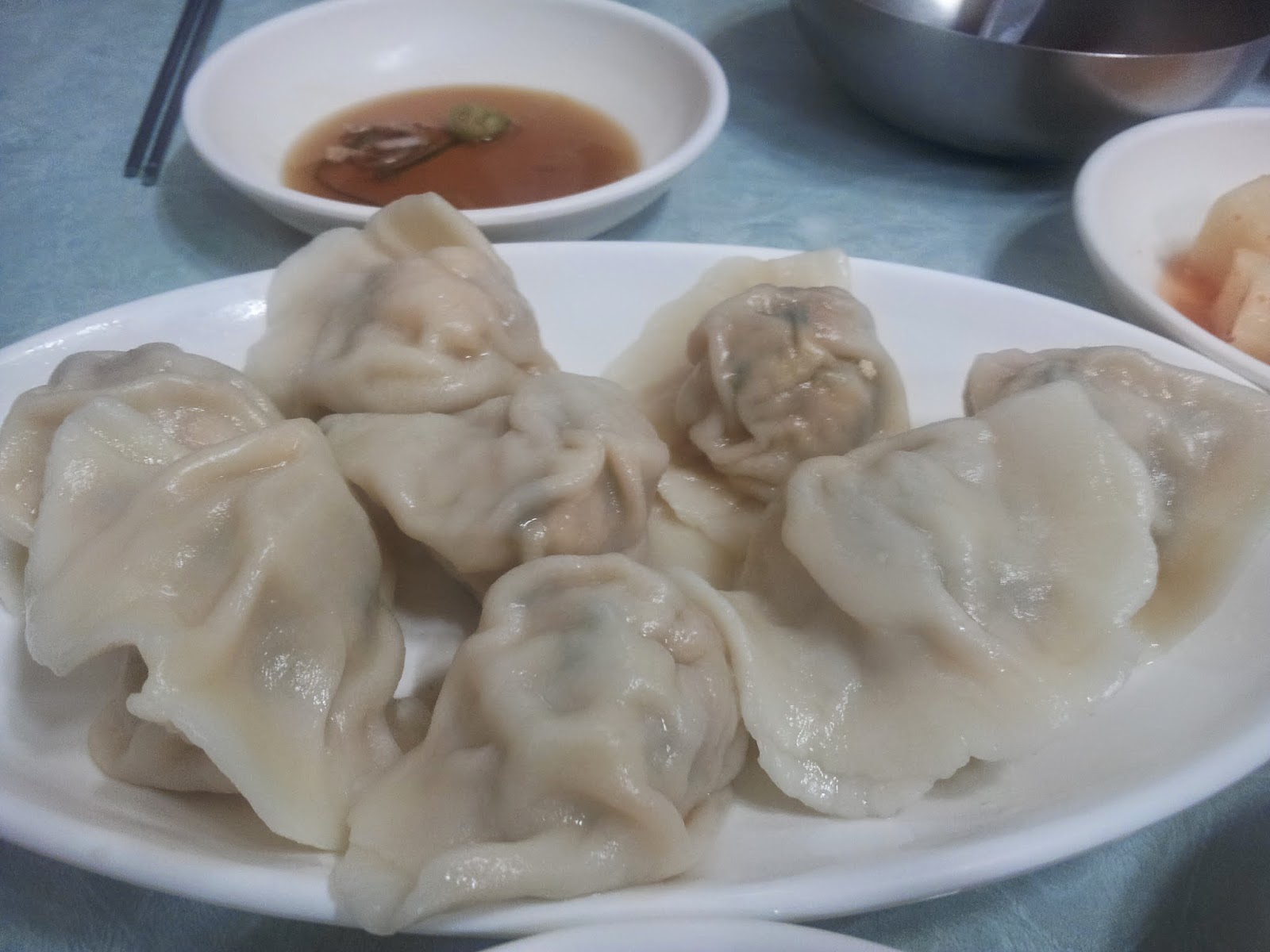 Another popular dish is jjin-mandu, or steamed dumplings.  They are quite tasty here, with tons of meat inside and soft, homemade dough.  (Steamed dumplings alone aren't on the menu, dumpling soups are instead.  But just ask "mandu jusaeyo" (만두 주세요).) 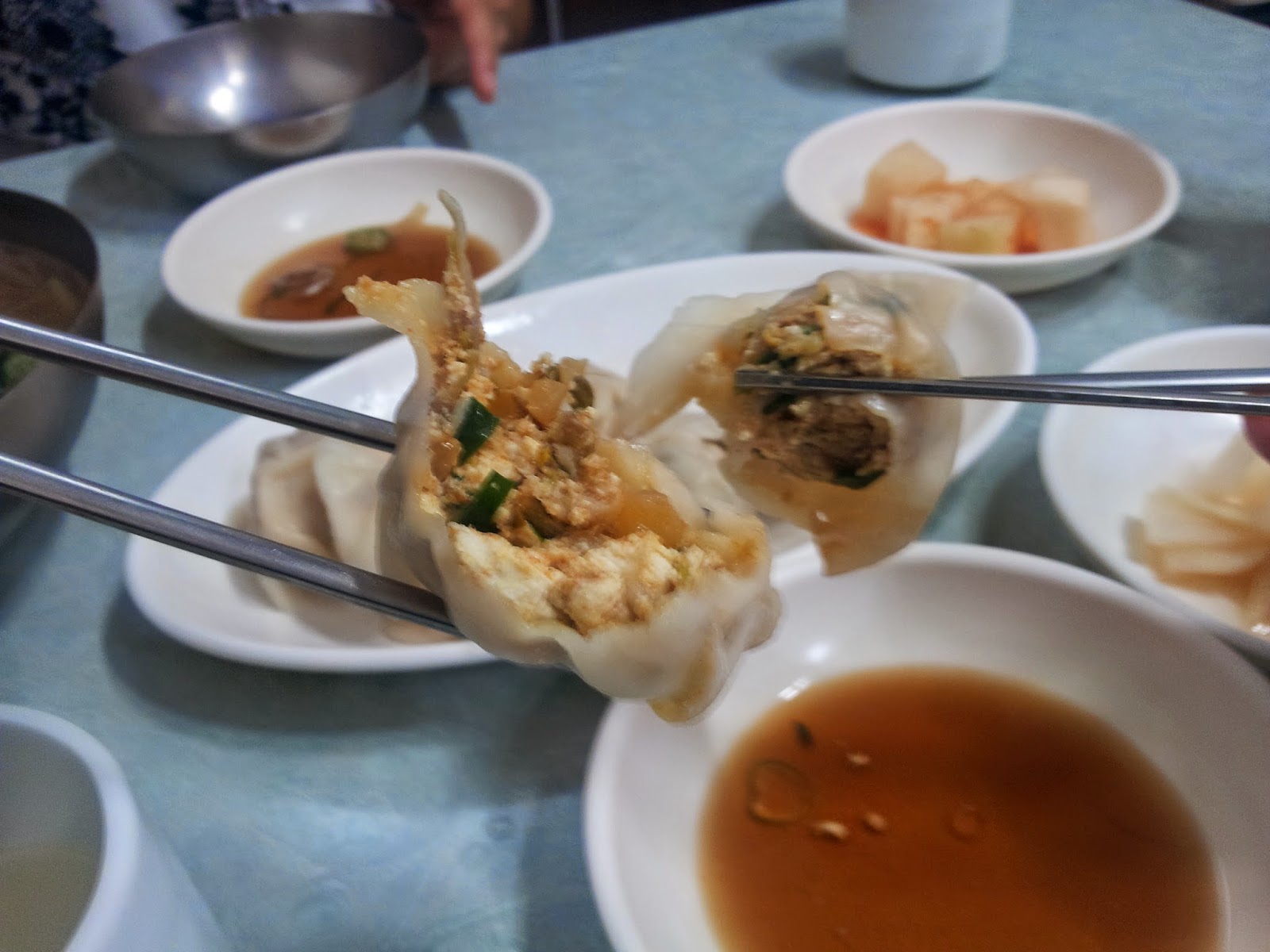 They offer other pork dishes as well, but I'd recommend other places that specialize in them, such as this Su-yuk restaurant downtown and the famous Bulgogi Tents.

Atmosphere
Busan Noodle House is your typical old school restaurant.  There are 6 floor-seated tables and a few tables with chairs.  The waitresses and cashier are very friendly.  The place is usually quite busy on hot afternoons. 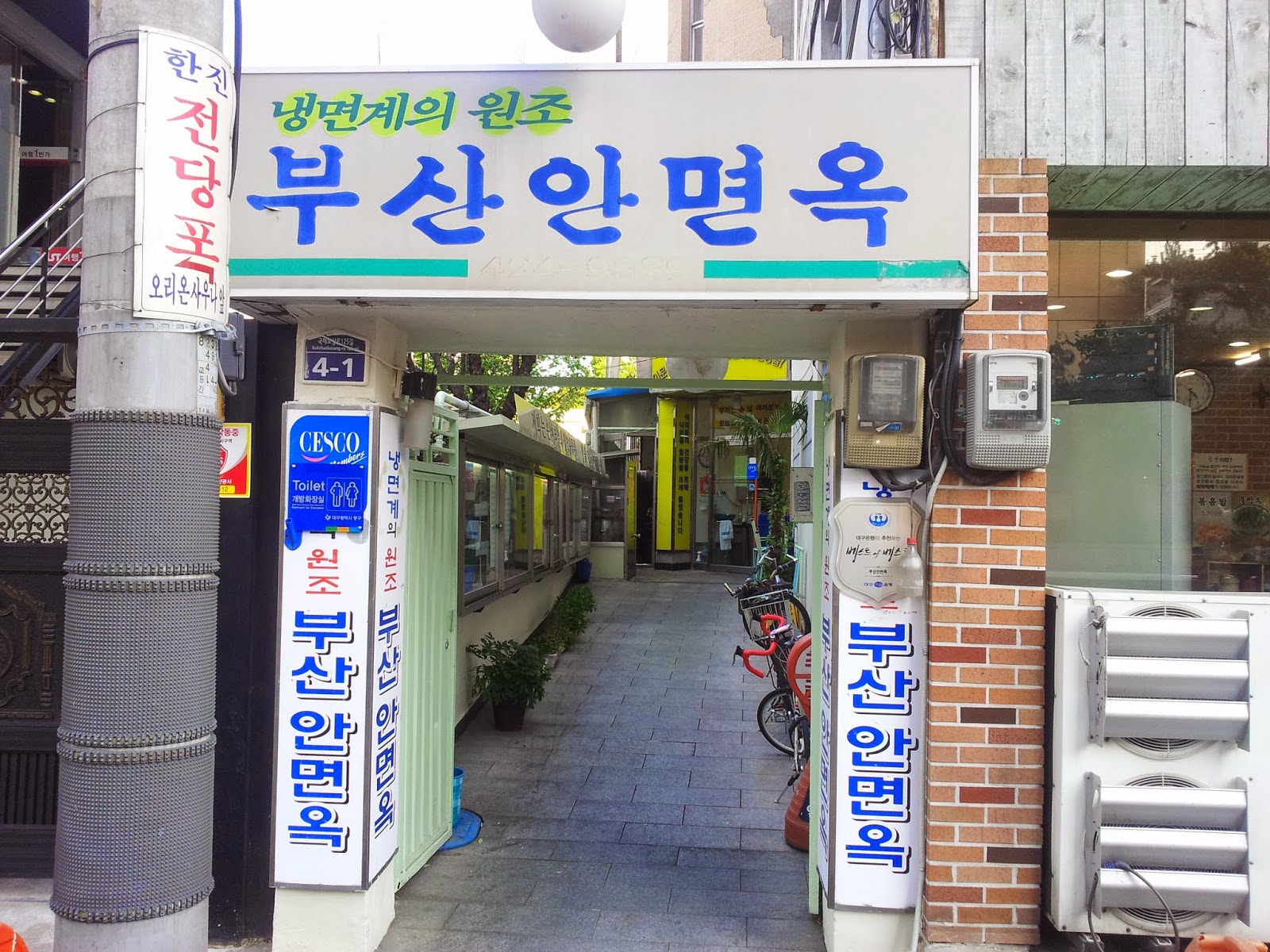 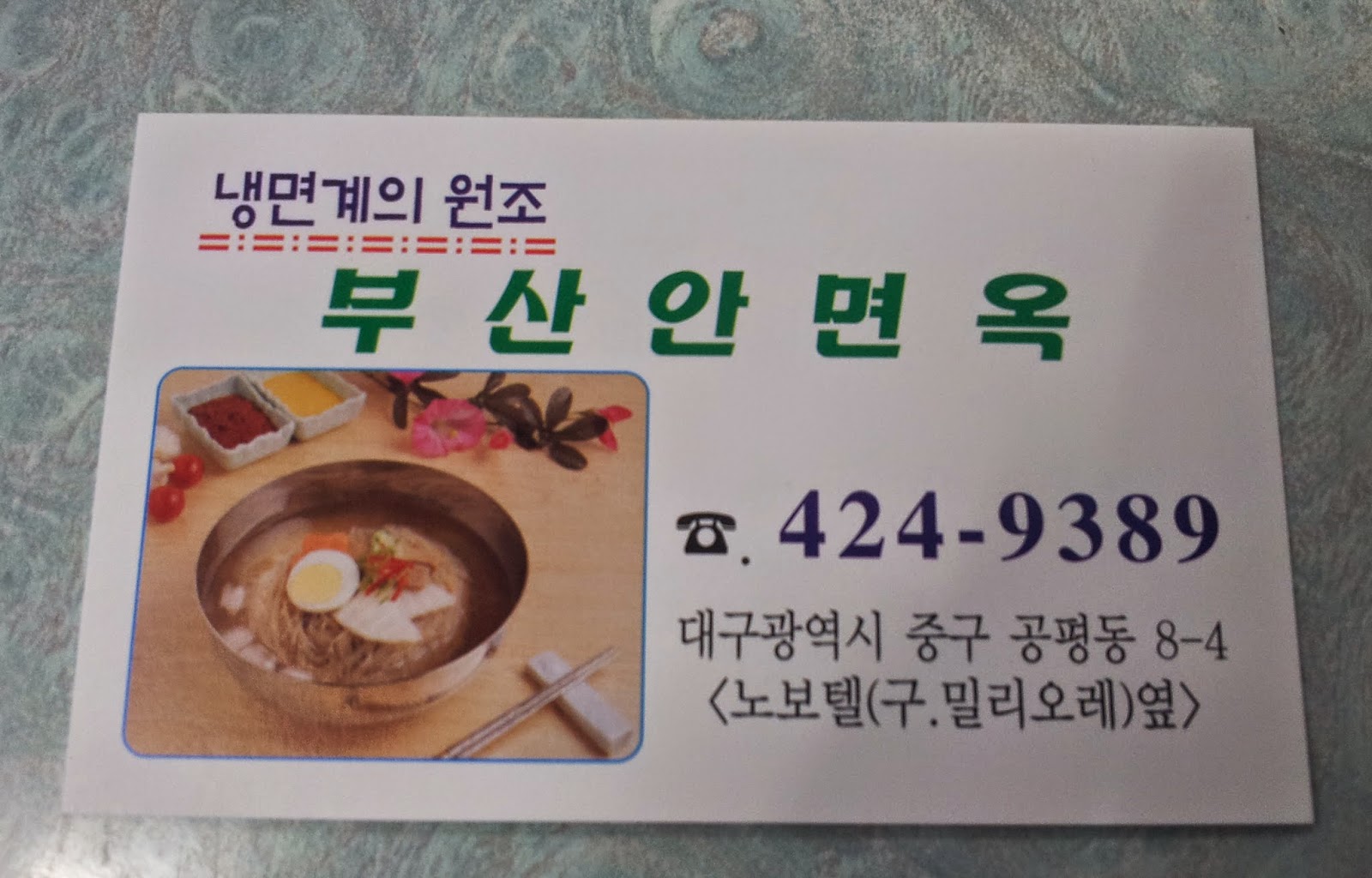 Busan Noodle House is next to Novotel, downtown, or across from the 2.28 Park.  From the Park, cross via the underground consumer area, also known as Hell.  With the Novotel ("Daegu City Center" building) on your left, walk to the very first side street and take a left.  Then on your right, look for the white sign over the entrance alley.

Here's a translation of the food from Korean, and the prices from Clingon. 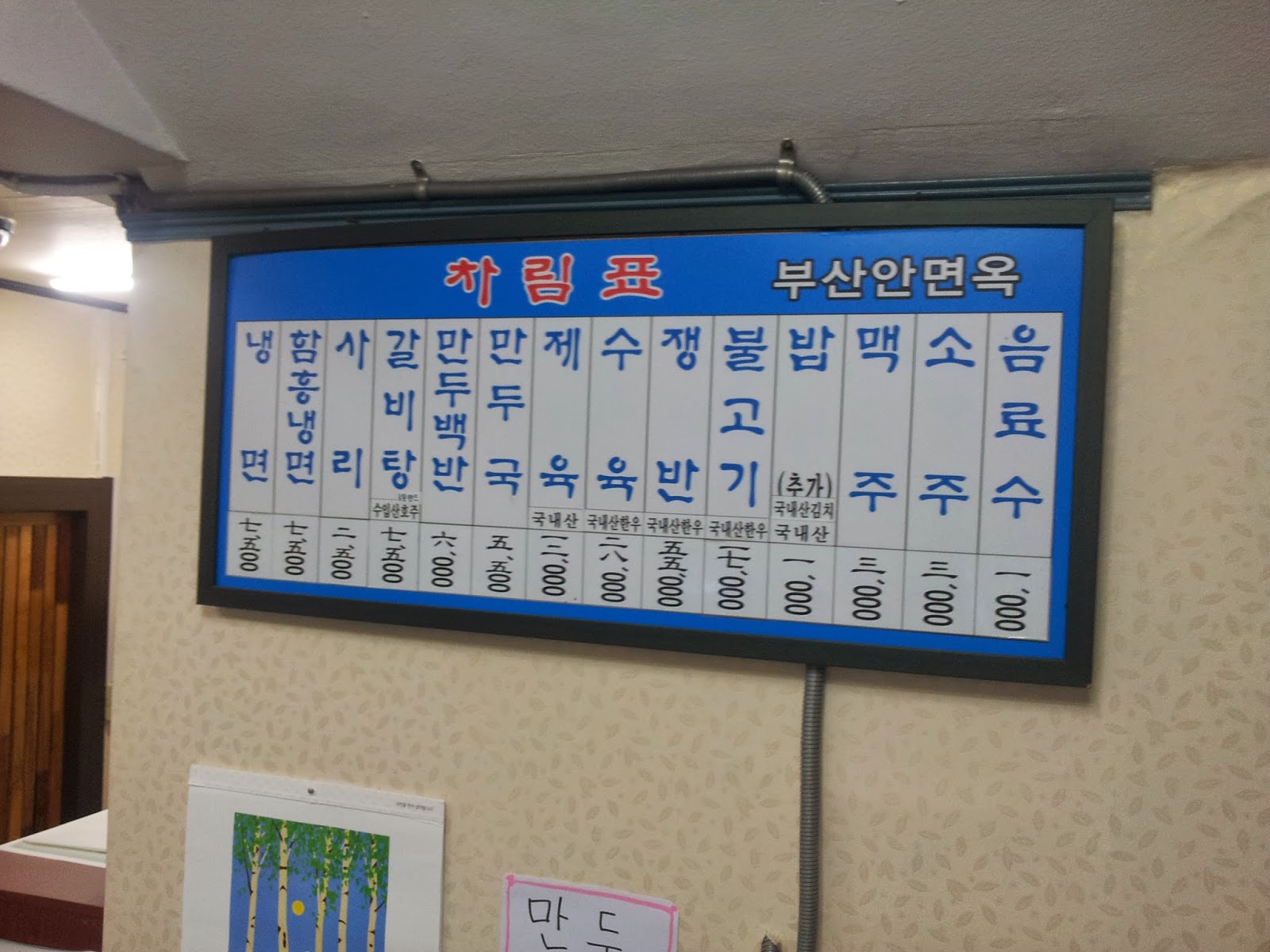