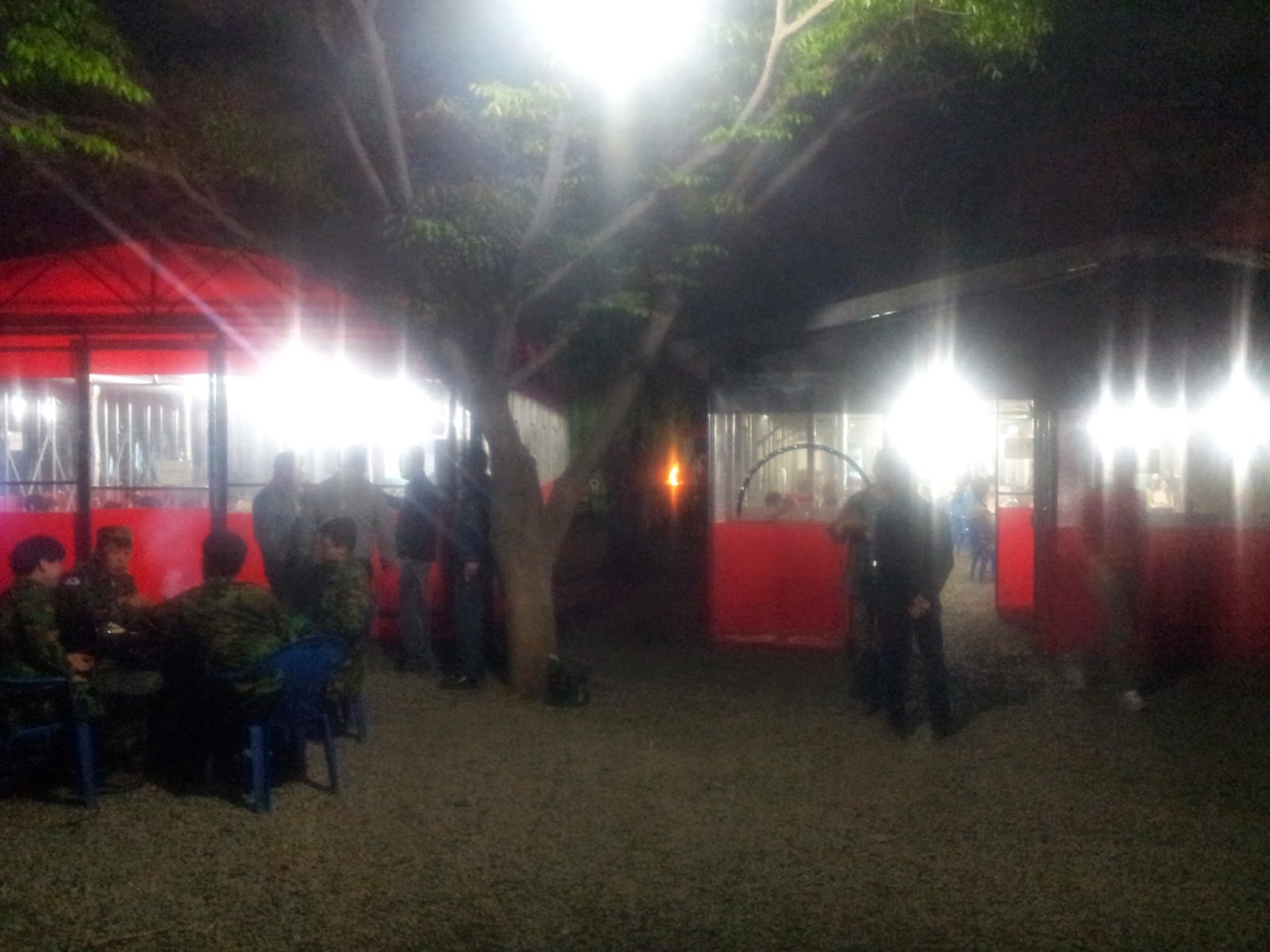 Servings are 8,000krw each, not as cheap as you'd expect from a restaurant with no floor.  However, growing numbers of patrons visit this place since its establishment 10 years ago.  The popularity of Gi-Cha Street must be due to the meat's quality.  It is extremely thick and tender, straight from the butcher allegedly.  Furthermore, they grill with wooden "True Charcoals" (참숯), providing more flavor than gas. 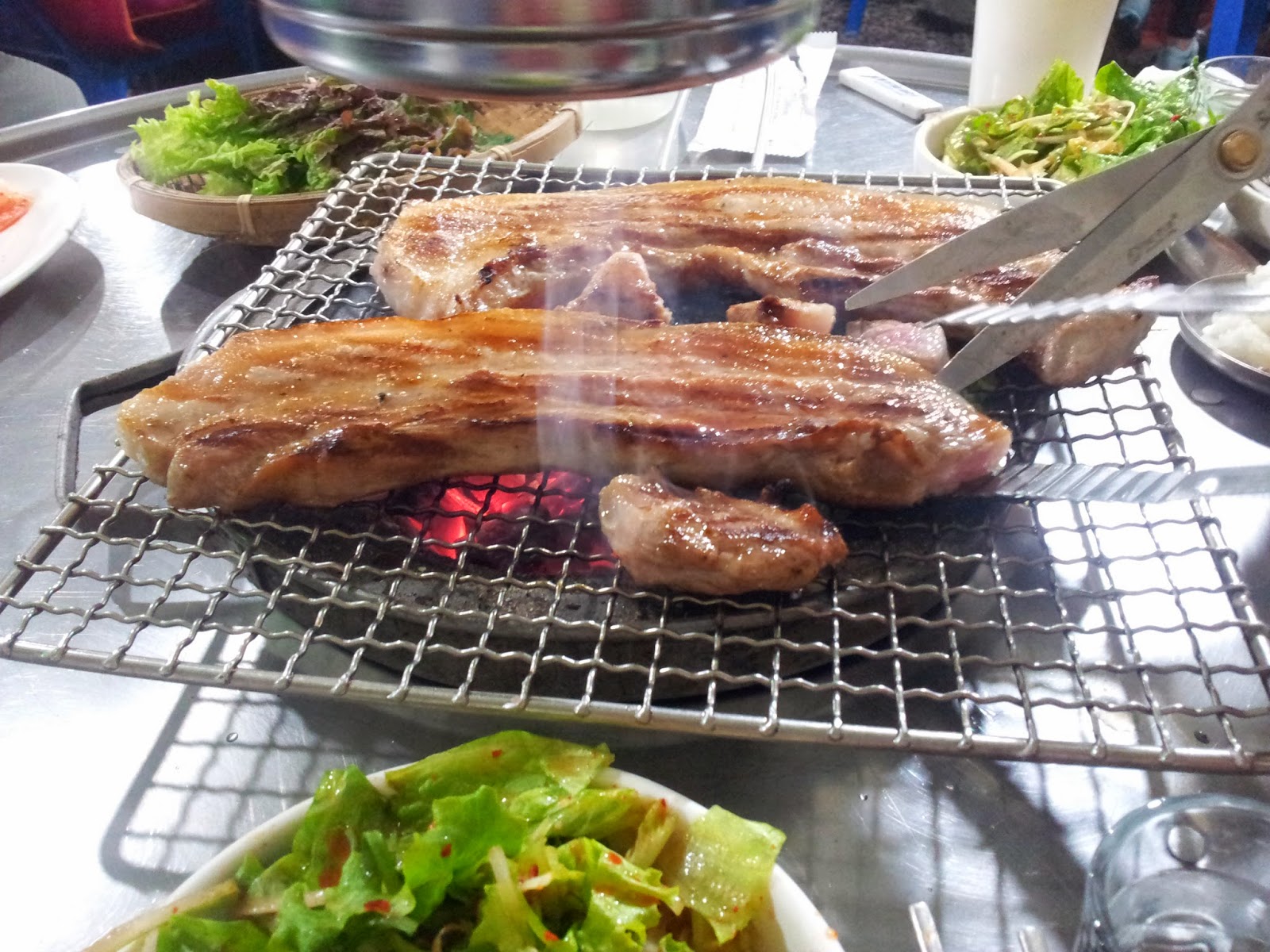 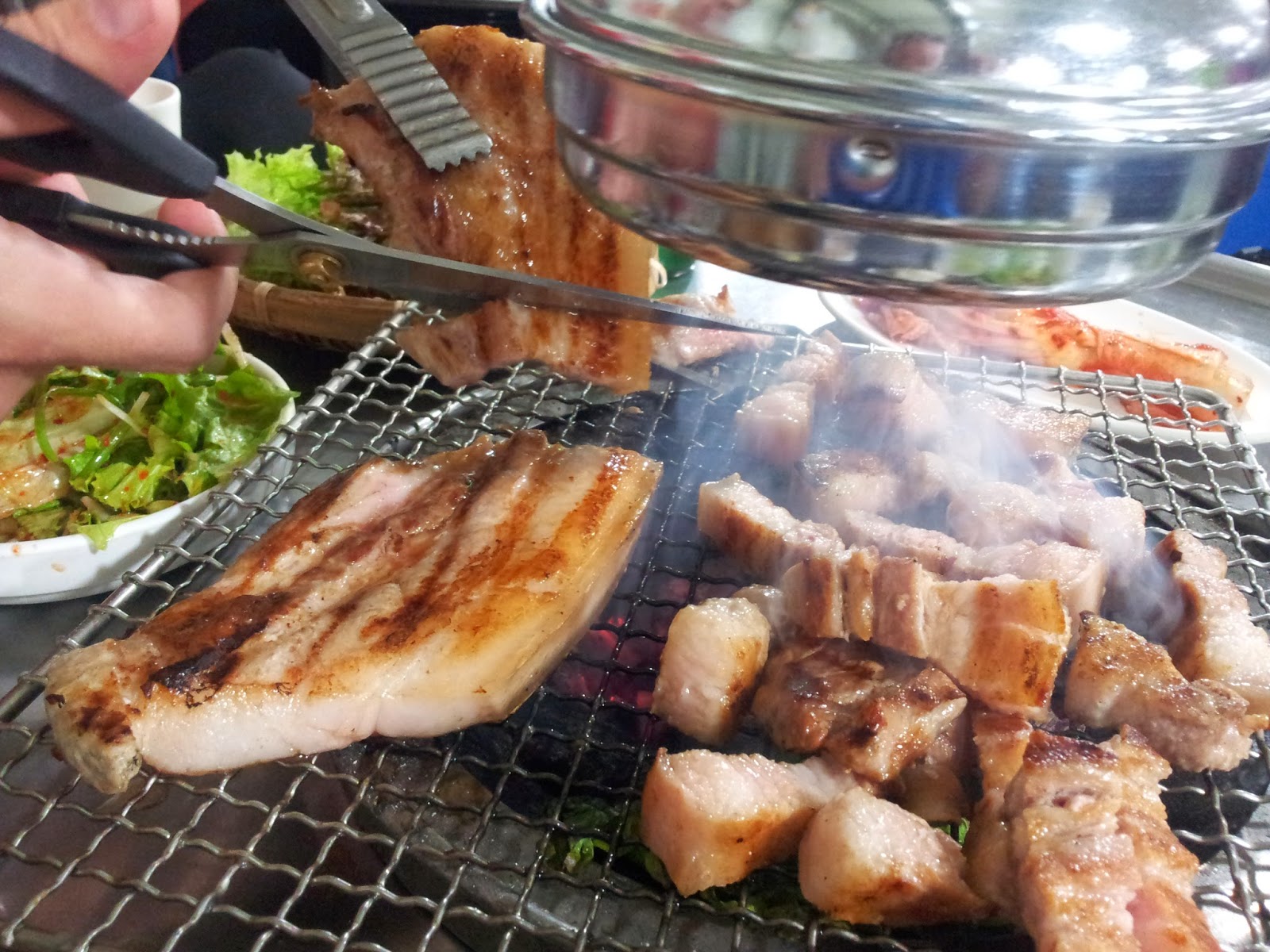 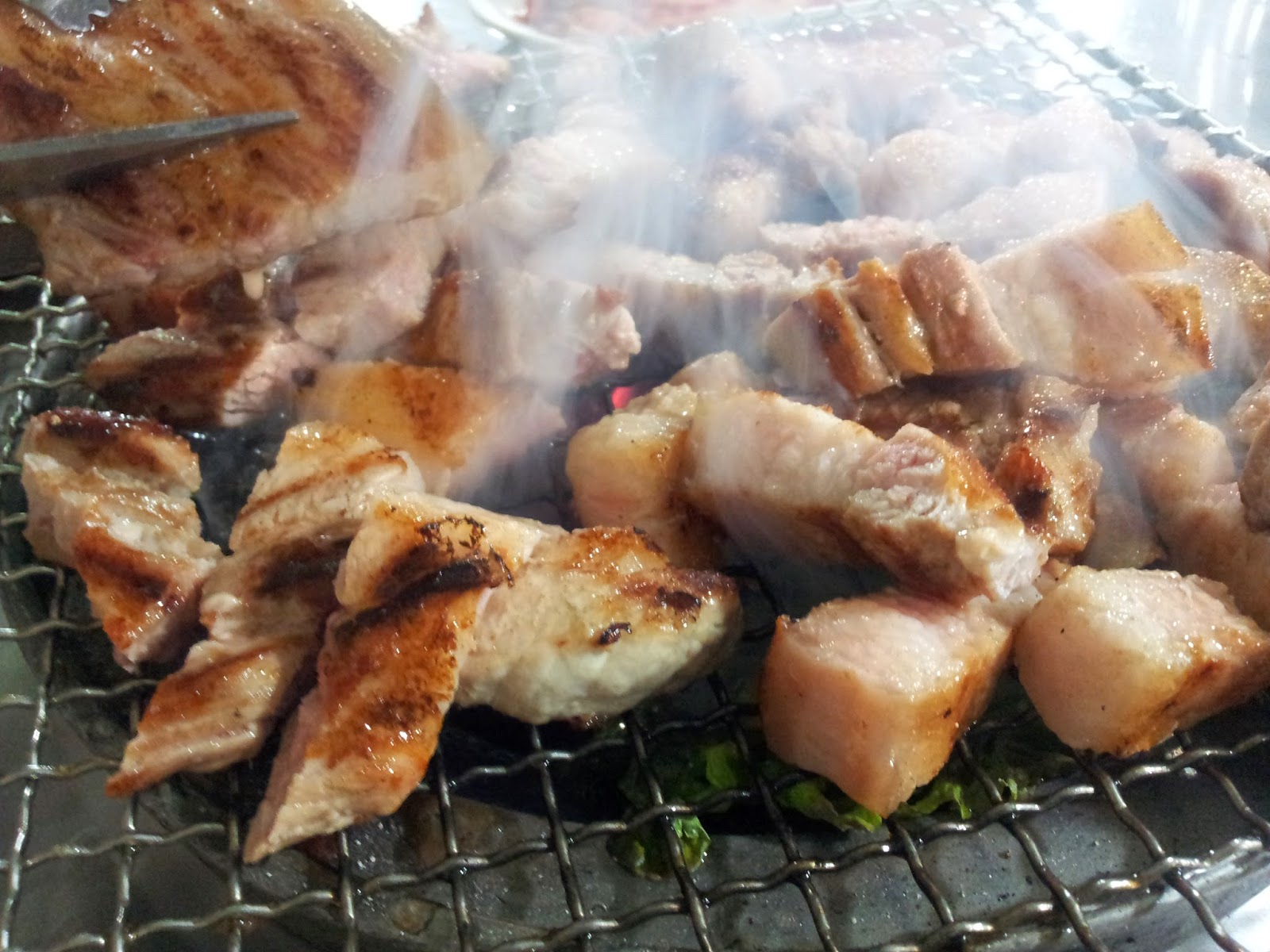 Gi-Cha Street serves the usual BBQ side dishes.  Their bean-paste soup (된장찌개) is free with at least one order of rice (곡기밥) for 1,000krw each. 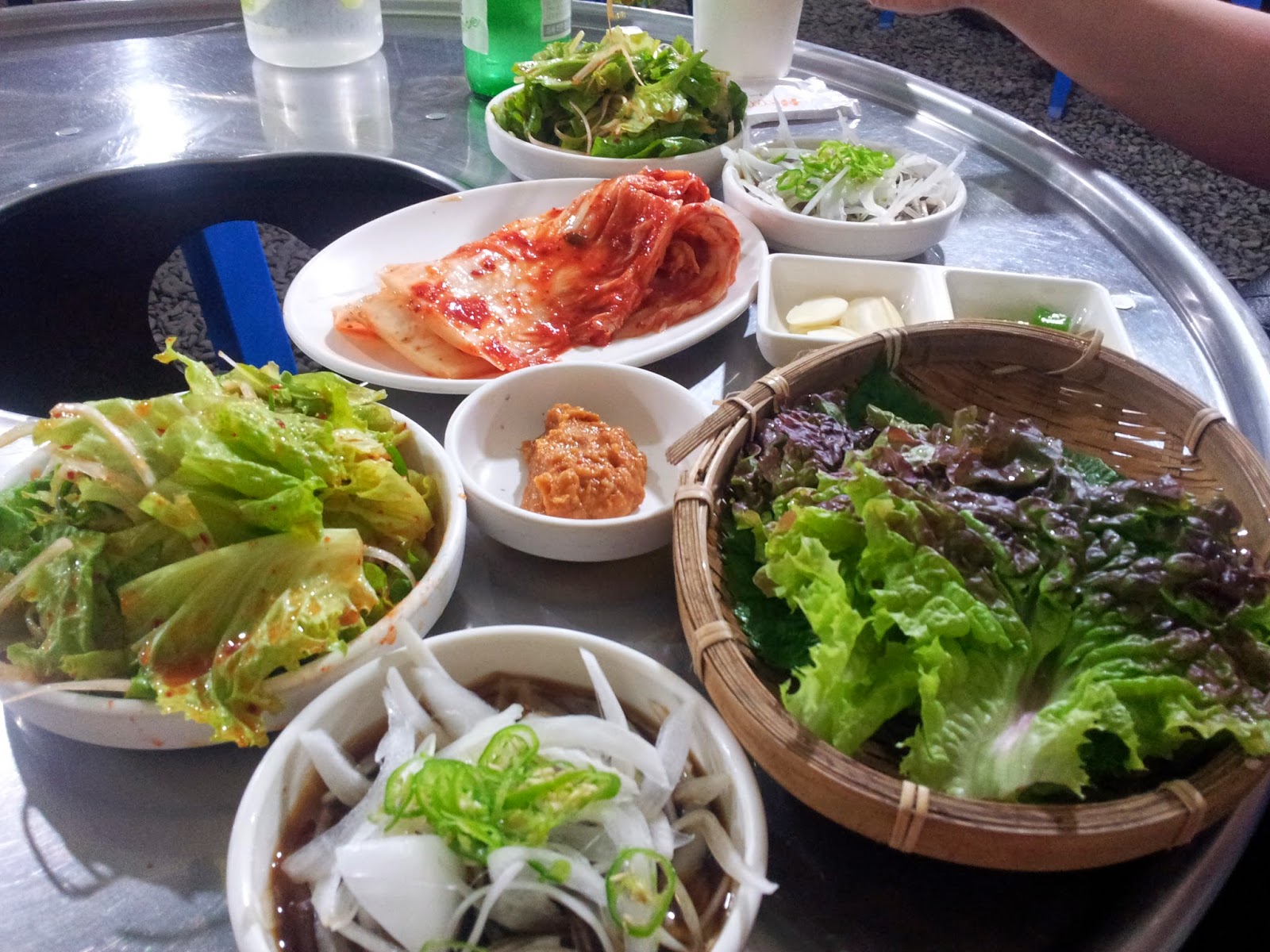 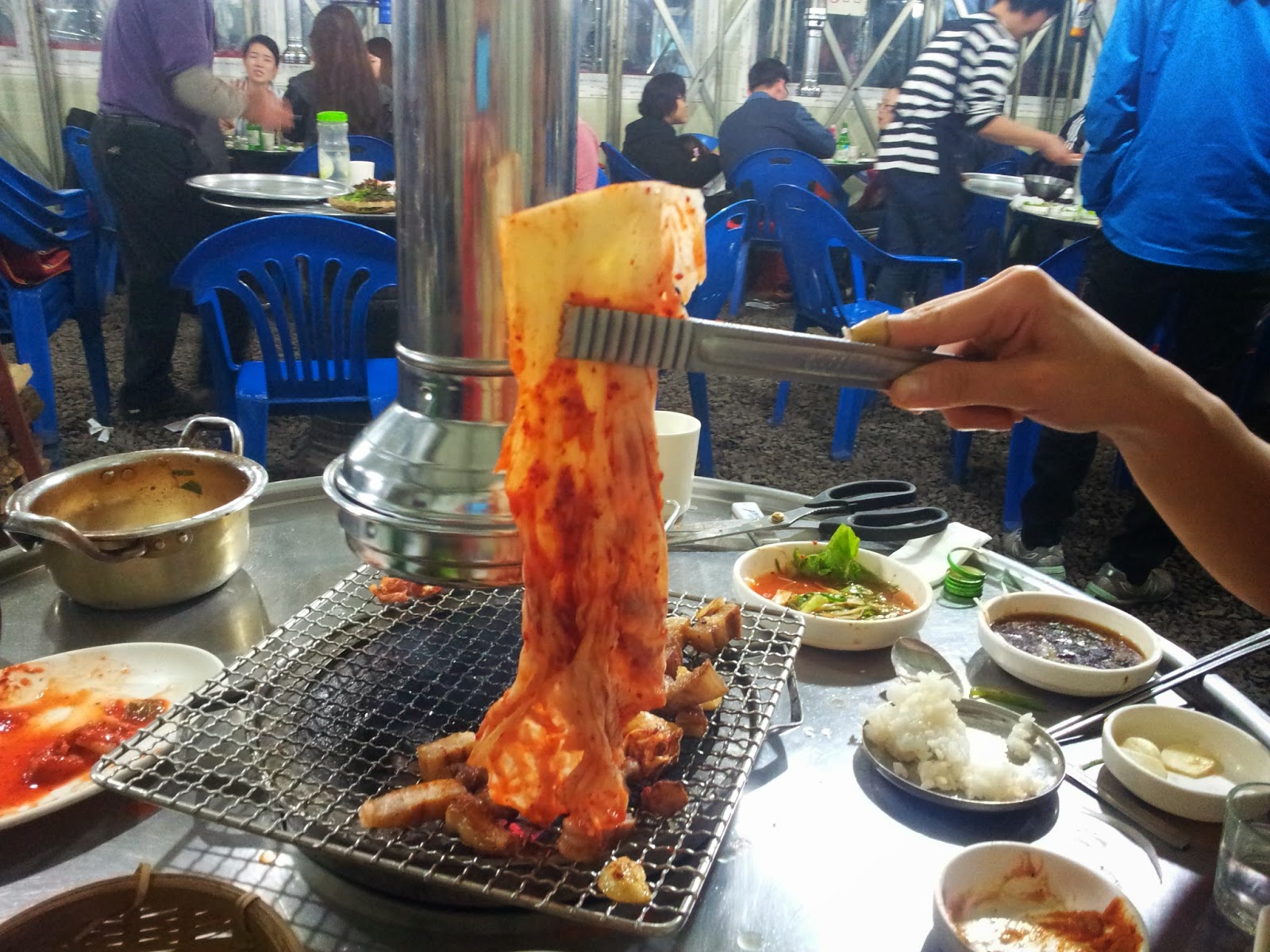 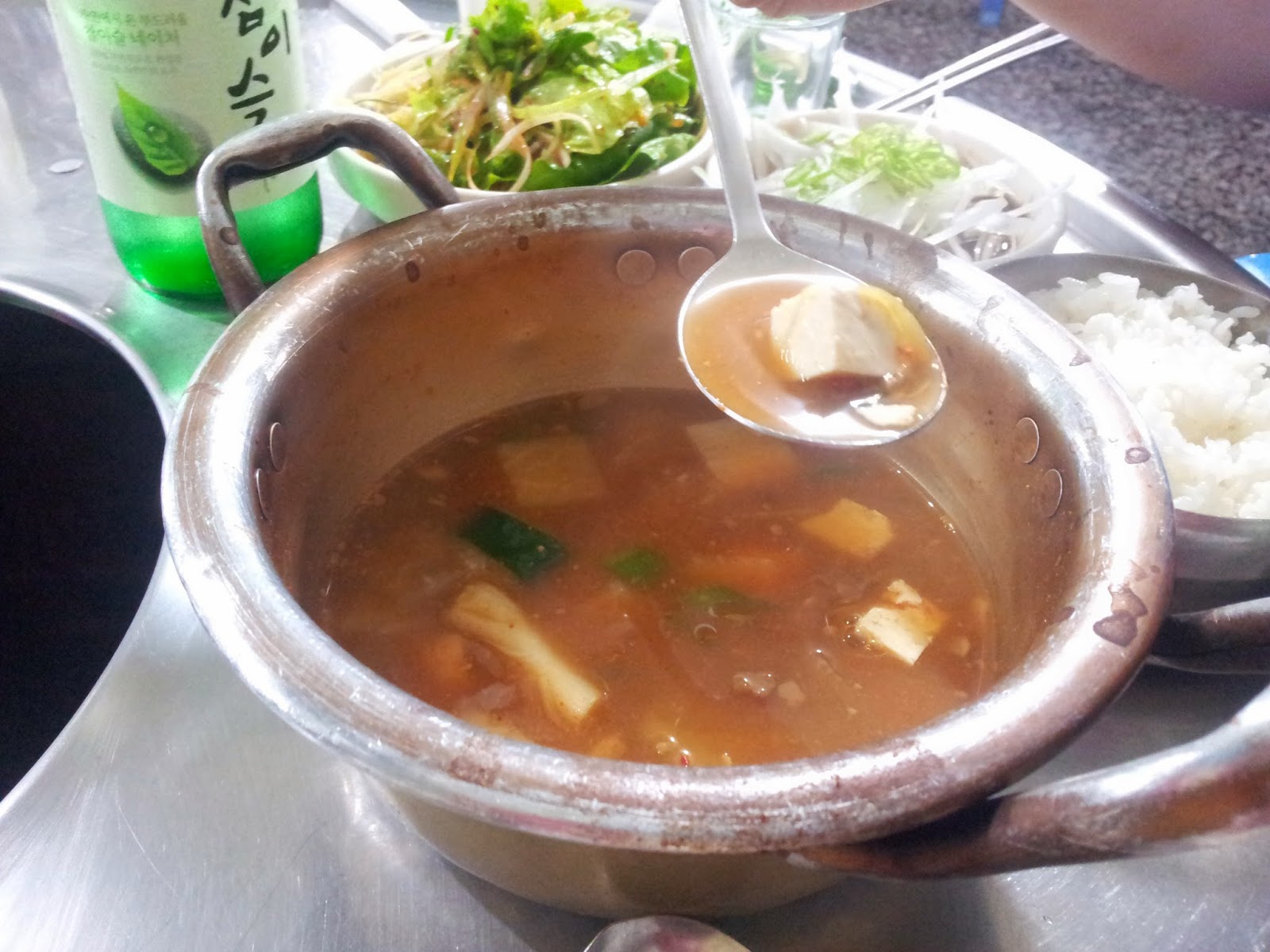 Don't forget to wrap it up:
Pack some kimchi, garlic (마늘), bean paste (된장), pepper (고추), onions (양파) and meat into a lettuce leaf (생추) for an explosion of flavor.  Makes a great soju chaser.

Atmosphere
Gi-Cha Street can be classified as pojangmacha (포장마차), or tented food vendors.  Such tents are traditional destinations for groups of friends or co-workers to hang out, which of course means drinking Soju, which in turn requires food.

This one is a well-established and legal enterprise, unlike other vendors you find on the streets.  Each of the two tents are large with around 20 tables.  They appear relatively new, clean and are both non-smoking.  Even the gravel floors seem recently buffered. 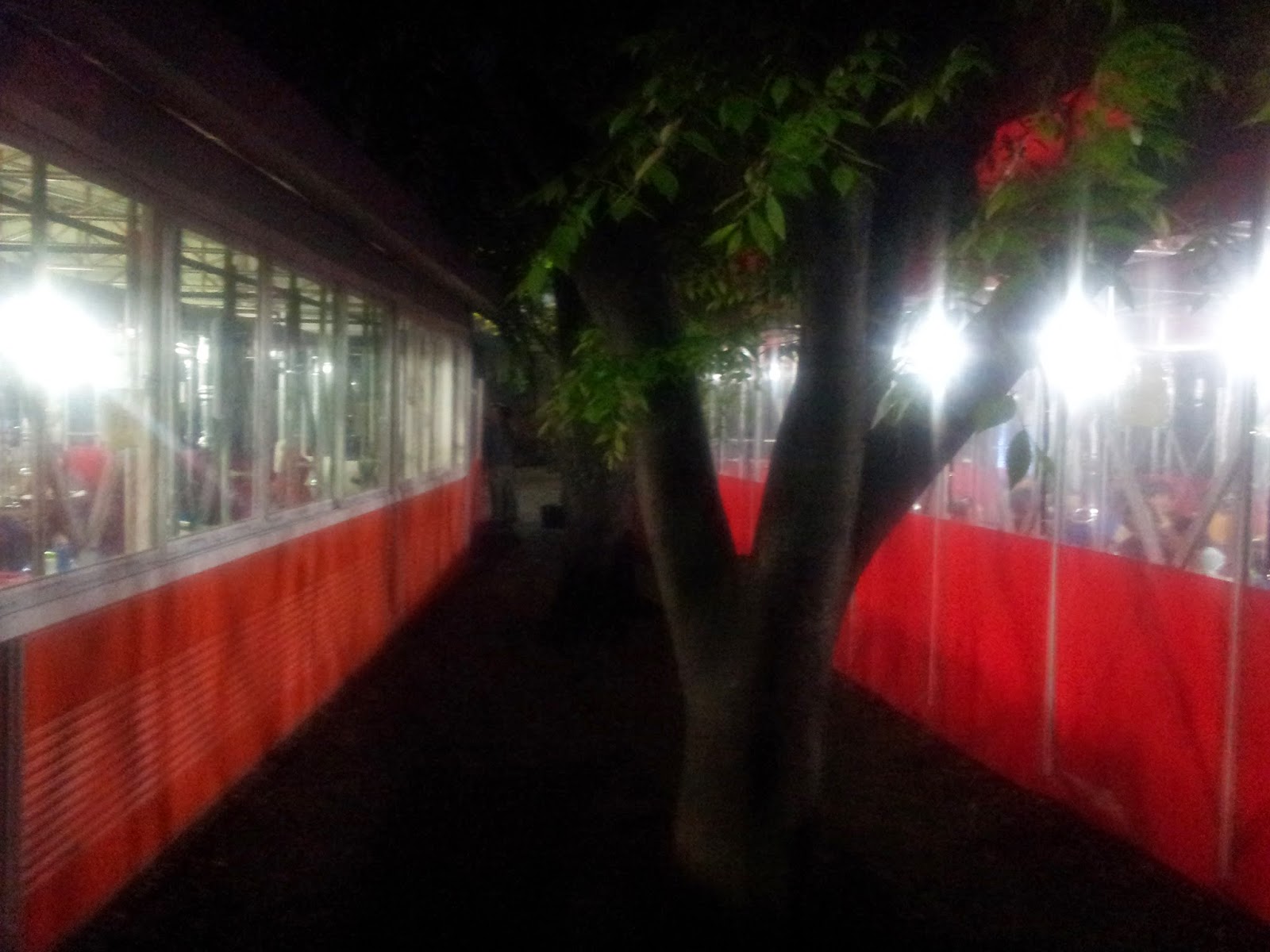 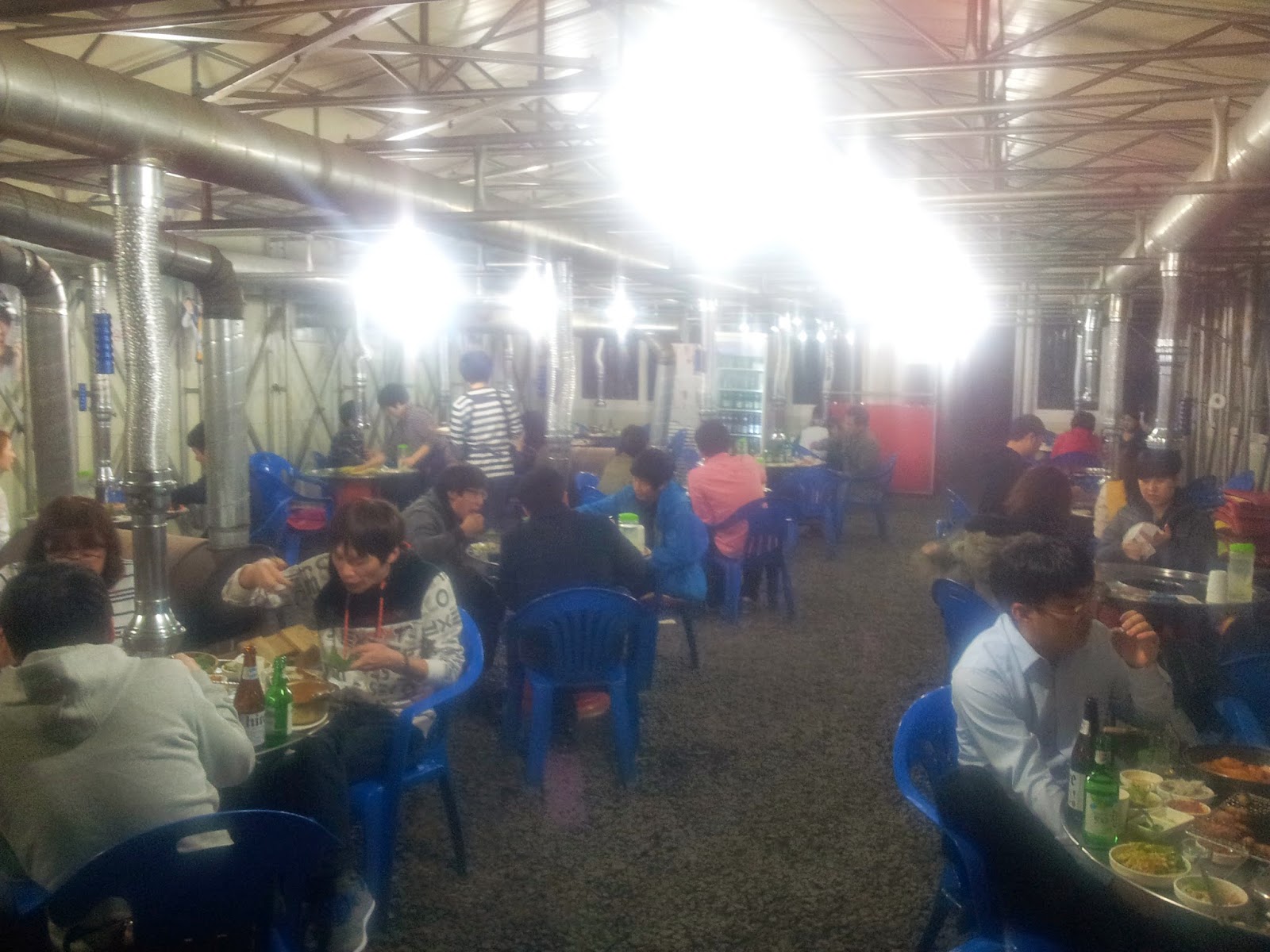 Piles of timber provide the source of their "True Charcoals." 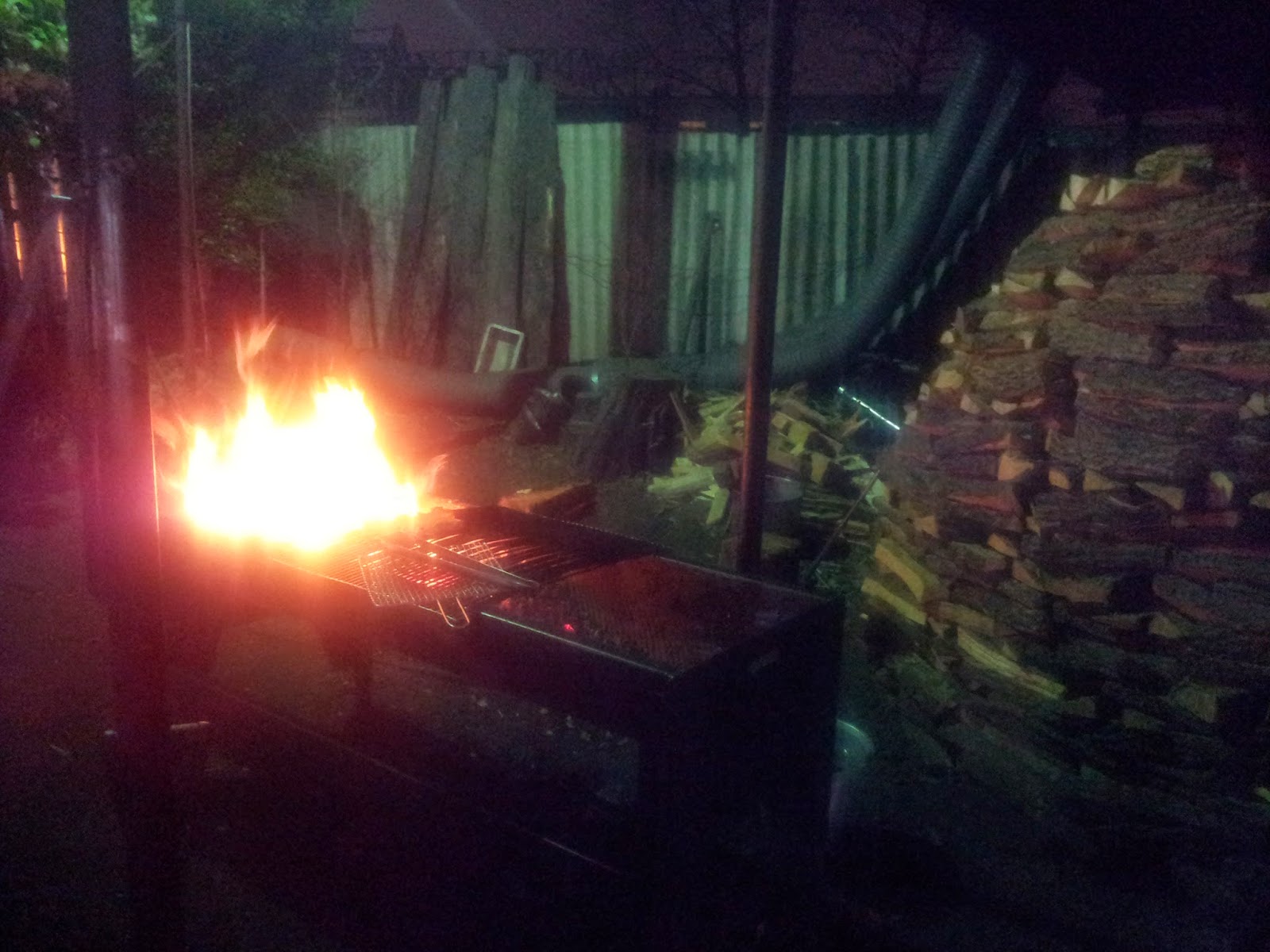 Location
Gi-Cha Street is in an unlikely area for a restaurant.  It's along the train tracks in an industrial part of town, tucked between junkyards.

It's in northwestern Daegu (Bisan-dong), far from any subway lines or most bus routes, so your best bet is taxi.  Show a cabbie or GPS the restaurant name or the address written below.  A taxi ride to downtown only cost us 5,000krw. 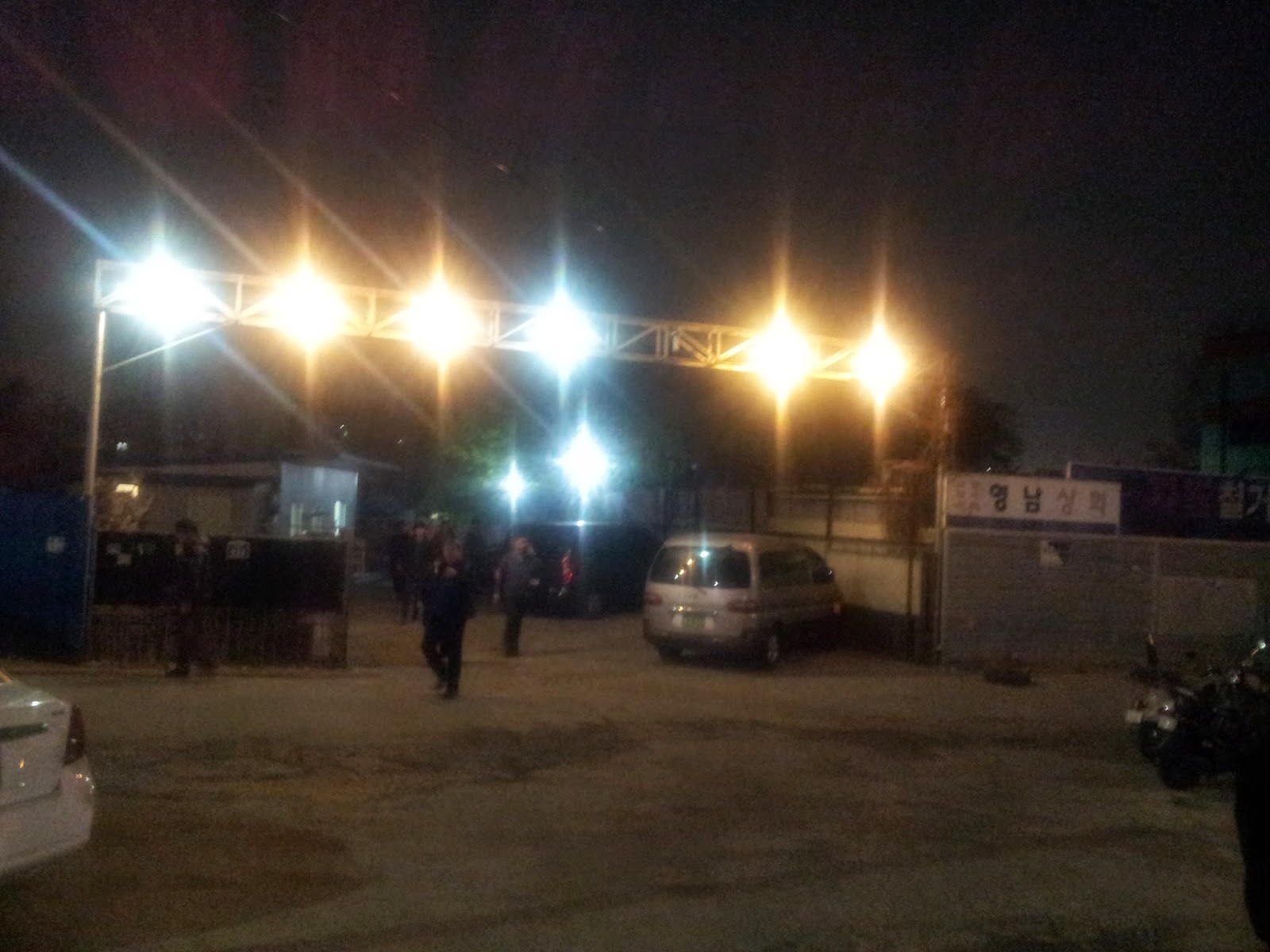 Look for the pillar of smoke behind a scrapyard.  The entrance is marked by rafters with lighting and drunk adjusshis. 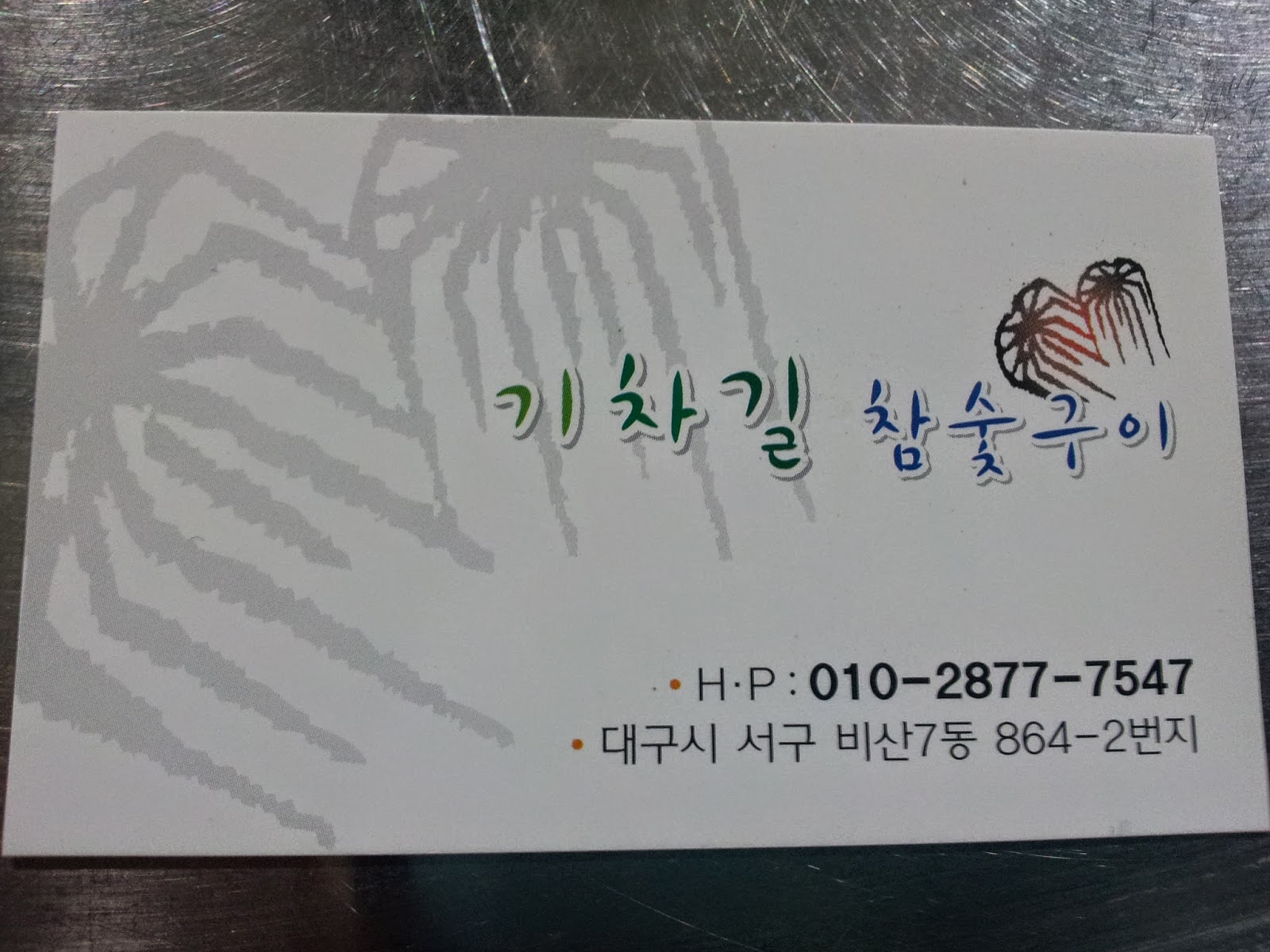 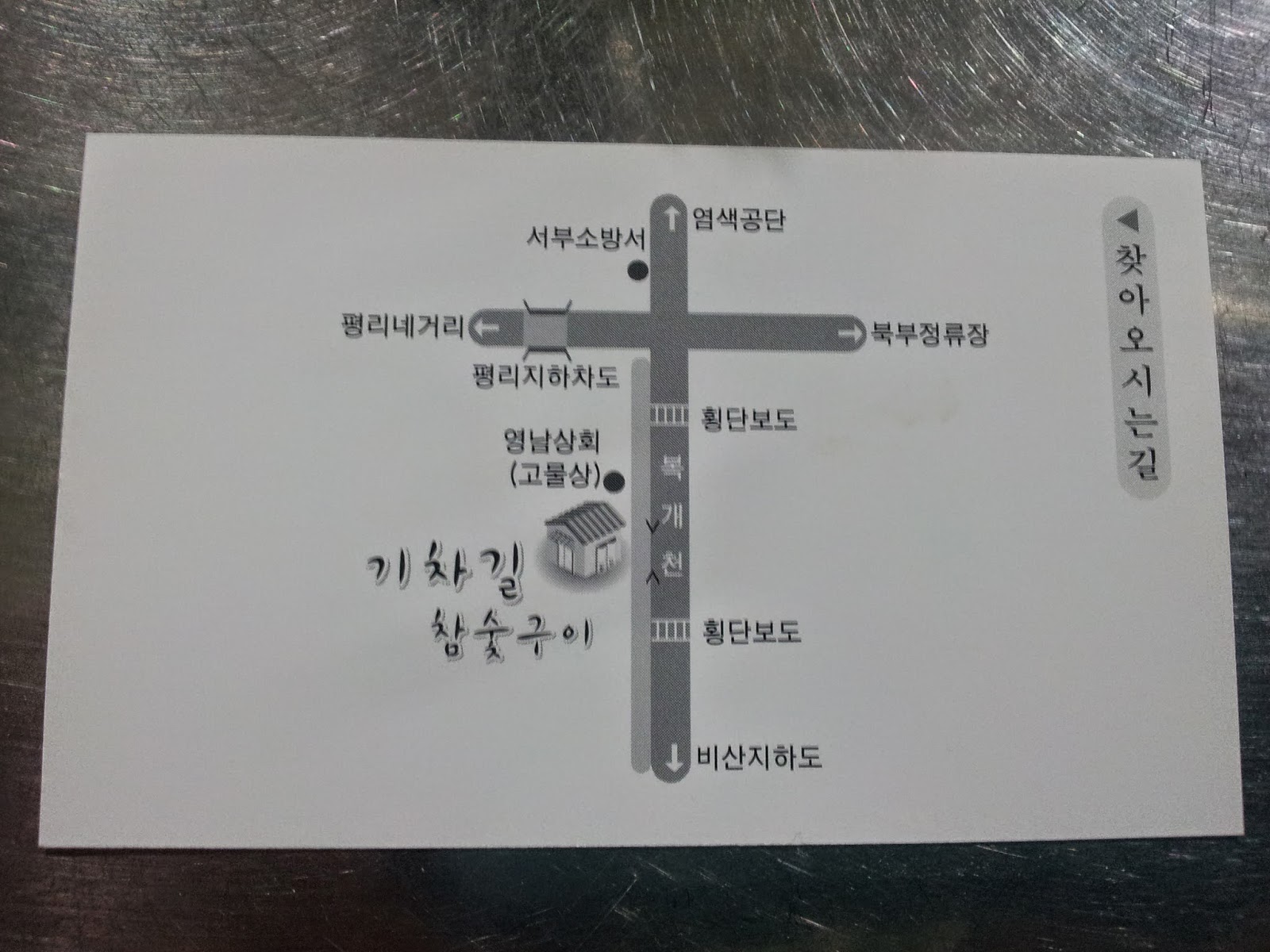