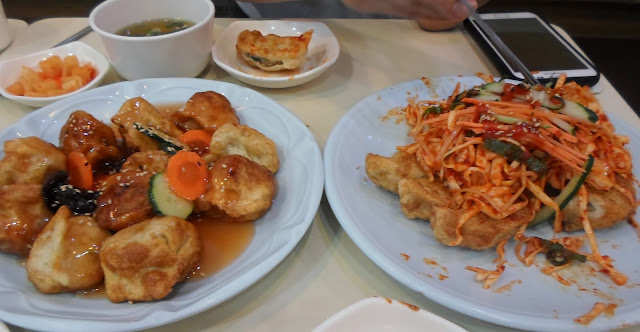 Food
The title of "dumpling" no longer sounds appetizing after learning of alternate meanings, none of which are particularly appetizing.  Henceforth let them by their rightful name: Mandu, filling and delicious meals.... of food.

The highest Mandu authority in Daegu's seven realms can be found in a prominent restaurant downtown.  Taesan's Mandu is more delicious than other pretenders to the throne, even those hailing from the famed Gachang Mandu Town.

Their menu is translated below, but first lets meet the Mandu royal family. 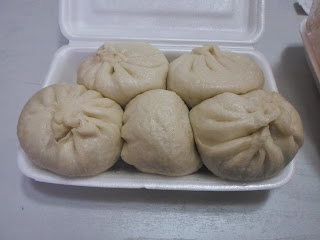 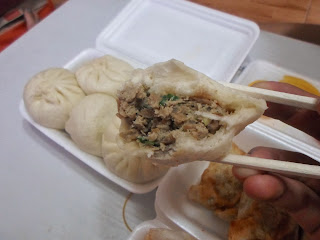 First is "King Meat Mandu."  Its dough is breaded rather than rice-based, so it's thicker and fluffier.  Most of all these Kings are stuffed to their breastplates in pork. 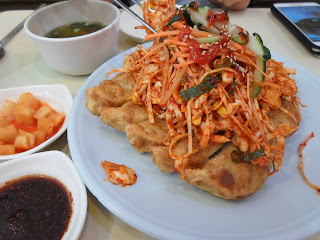 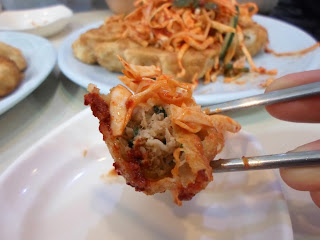 Bibim Mandu (비빔만두) are the most popular among the masses.  They are smaller crescent-shaped Mandu, fried and topped with spicy veggies. 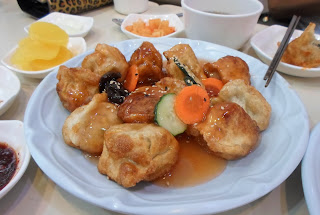 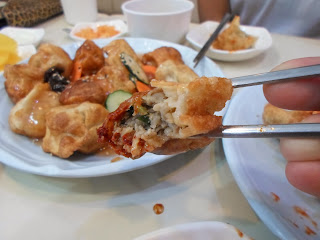 Tang-su Mandu (탕수만두) is the beloved queen of the Mandu royal family.  These are fried balls stuffed with meat and topped with a sweet and sour sauce.  The sauce is the same found on Tang-su-yuk (sweet and sour pork) hence the name. 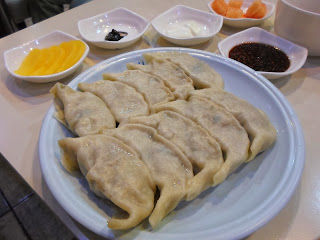 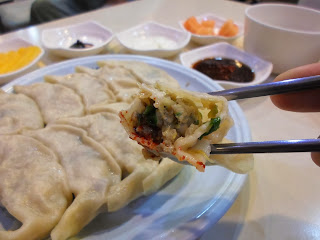 The bastards of the Mandu family, Jjin-gyo-seuh (찐교스) do not bear the Mandu name.  Nonetheless they are still thick, meaty and steamed like their father. 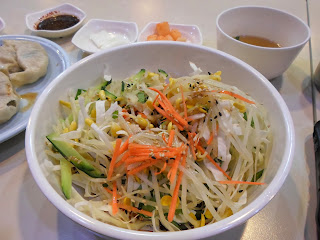 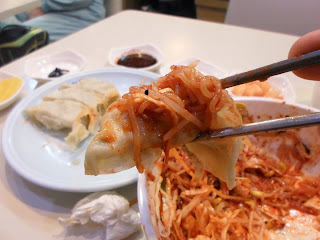 Jjol-myeon (쫄면) is assorted veggies and noodles with a spicy/sour sauce.  Stir it first, then add it to some plain dumplings for extra flavor. It's similar to the topping on their Bibim Mandu, plus noodles, in a bowl. Atmosphere
At Taesan their Mandu dynasty has reigned for over forty years.  Their lineage seems to be of Chinese origin, according to interior decor.  Also customary of Chinese fusion restaurants are Taesan's side dishes: onions, pickled radish and kimchi'd radish. 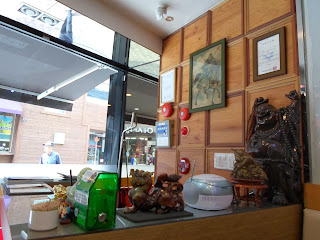 Due to their long legacy of Mandu, Taesan is quite popular.  It's halls are often packed with courtesans, especially during lunch and dinner times. 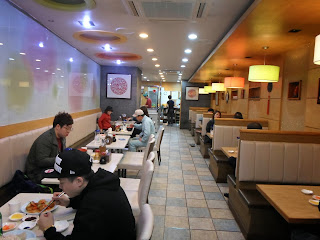 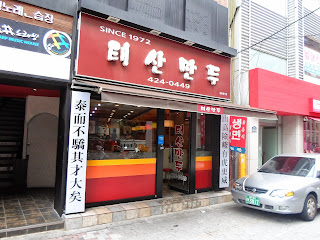 Taesan Mandu is located downtown, just around the corner from Banwoldang Station.  Coming out of exit #13, make the immediate left, and it's a few stores down on your right.