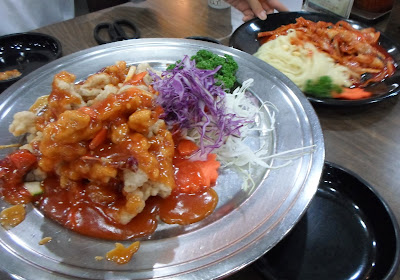 Food
Chinese restaurants (중국집) are common in Korea.  Just look for their red decor and Cantonese characters, and you'll find their unique blend of Chinese and Korean culinary traditions.

See their entire translated menu at the bottom.  First let's look at some of their specialties. 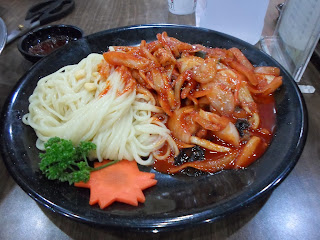 Ya-ggi-U-dong (야기우동) is spicy veggies and seafood served with thick noodles (우동).  It's Lian's second most popular dish, usually ordered along with: 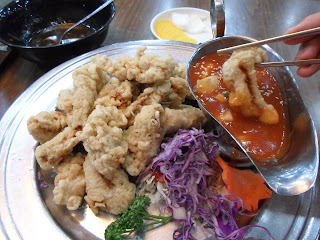 Tang-su-yuk (탕수육) is a well-known Chinese fusion dish and Lian's claim to fame.  Yuk (육) is the Chinese word for "meat" and Tang-su (탕수) refers to the sweet and sour sauce that accompanies it.  The meat itself is strips of pork, breaded and deep fried.  At this restaurant, they have mastered the deep-frying process, so the outer layers are fluffy and crispy, making it incredibly delicious. 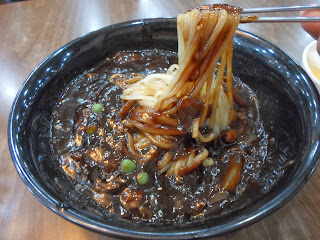 Another popular dish at Korean Chinese restaurants is Jja-jang-myun (짜장면).  Jja-jang, from the Chinese characters meaning "fried sauce," is a thick, black soy-bean sauce.  It is commonly served in dishes with rice (suffix: 밥) or in this case noodles (suffix: 면).

Atmosphere
If you visit during lunchtime on a weekend the first thing you'll notice are the hordes of hungryfolk filling the lobby.  Close proximity to Suseong University, reasonably priced meals and decades of reputation form a perfect typhoon a factors.  And like the wiseman says, when wind blows from an empty cave it is not without reason. Perhaps the delicious deep-fried pork also helps draw the crowd. Either way, while the ingenious chalkboard system ensures orderly service, you may be waiting like a sardine for quite some time. 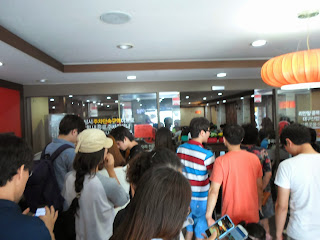 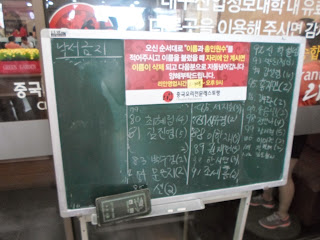 Lian's interior may be clean and modern.  But it's still not exactly a scene for dates or fancy dinners.  It feels more like a cafeteria.  A gangarang of ajjumas mass-produce grub in the back kitchen while others frantically squeeze between crowded tables.

Reminds me of an ancient Chinese proverb: when the tree falls, the monkeys scatter. 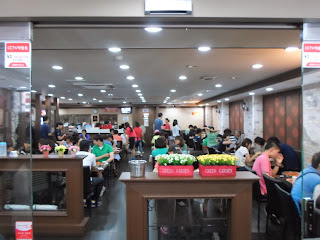 Call in a take out order to avoid the mob and dine at your own leisure.  It's also a great chance to practice your restaurant Korean.  Hear and you'll forget, see and you'll remember, do and you'll understand. 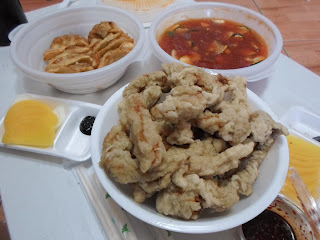 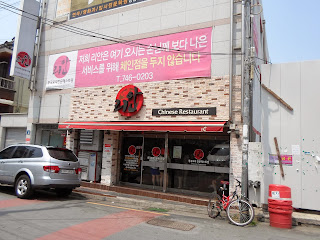 By subway, it's on the green line (line #2) towards the Yeongnam Uni. Station (영남대역).  From Manchon Station (만촌역), walking straight out of exit #3, continue straight through the busy Mancheon Intersection.  If still alive, make a right on the third side street, then a left on the second side street, and you'll see the red Lian signs on your left.  If you still can't find it don't worry, the sky is big and the emperor is far away. 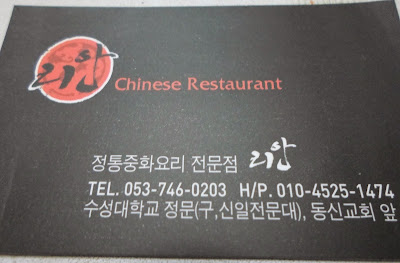