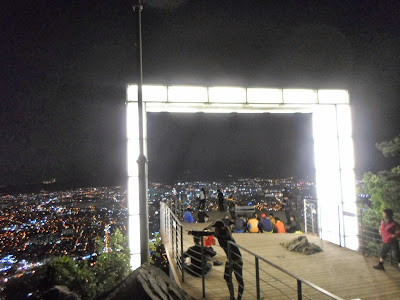 The scorching summer has finally passed.  That's great news for hikers!  A window of opportunity is open; in blows a cool autumn breeze.  So let's get out there and hike because before we know it the freezing winter will force that window shut.

So here's a quick hike to start the season.  Apsan, literally "mountain in front [of the city]," towers above southern Daegu.  It's relatively low-difficulty and close to home.  Regardless, the views are incredibly rewarding, especially at night.

Contents
I. The Trail
II. The Peak

The Trail
Apsan has a designated trail for night hiking.  At 1.6km and 30-40 minutes up, it's Apsan's shortest and most direct trail.  But beware, that means it's also the steepest and most strenuous. 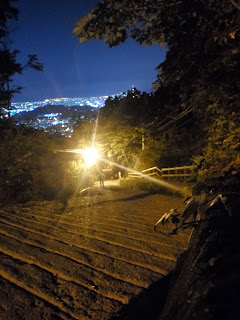 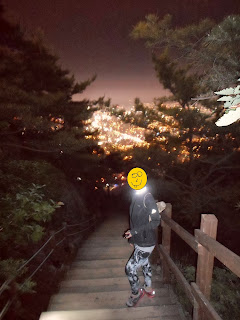 The first half of the trail is pavement and streetlamps.  The second half is rock or wooden stairs and darkness.  Most hikers bring flashlights, although a brave few rely on moonlight and the city's glow. 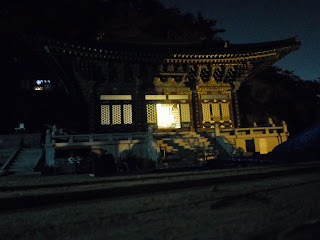 The halfway point is An-il Temple (안일사).  Here you'll find two shrines, three golden Buddhas and a natural mountain spring.  Across from the temple entrance are stone steps leading to the top. 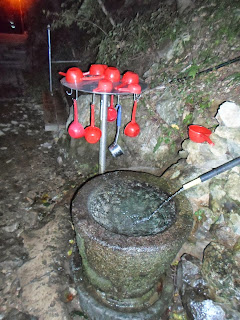 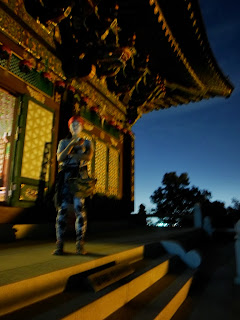 The Peak
If you've looked south on a clear night in Daegu, you may have noticed a bright square hovering high in the distance.  That's the Apsan Observation Platform (앞산 전망대).  Pass through the pearly gates and prepare yourself for heavenly sights. 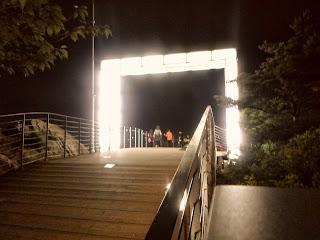 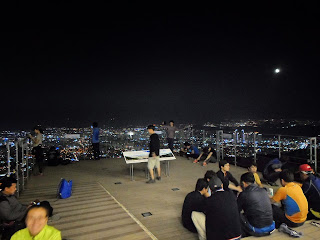 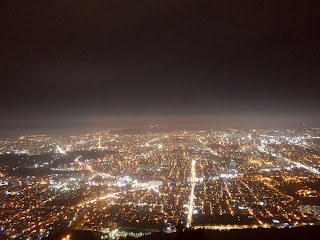 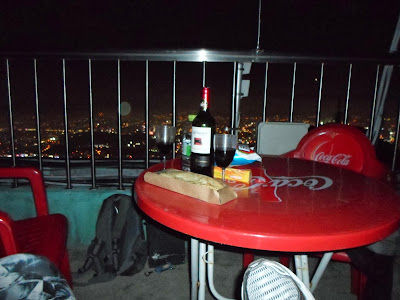 Bring your own and enjoy a picnic on the observation platform.  Or, about 300m farther up is the Apsan cable-car restaurant.  Closed and abandoned at night, the rooftop still has tables and chairs. 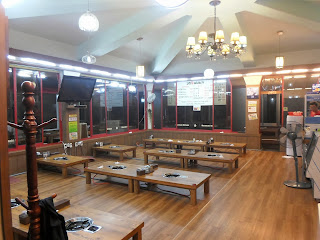 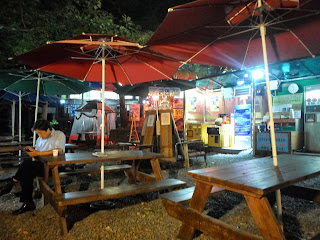 Alternatively, at the bottom there's a restaurant open till midnight.  They specialize in spicy pork stew (돼지찌개), the best chaser for Soju.  They can also serve some Makgeolli chasers, quintessential hiking dishes like fried and battered spring onions (파전), but only before 10pm when the chef clocks out.

Outside the restaurant are arcade games, vending machines, and picnic benches. 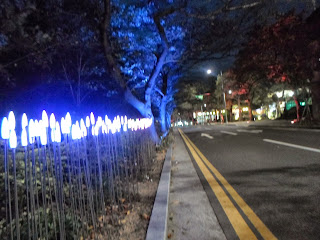 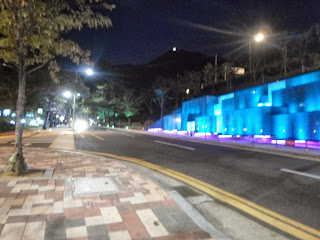 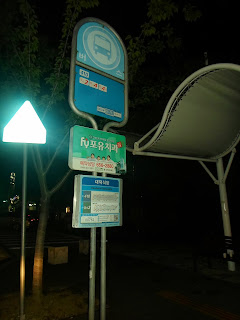 But the best landmark for finding the trail-head is the restaurant area along the main road, known simply as "Daeduck Restaurant."  Arriving here should be your first objective for any mode of transportation.

By GPS or cab, "dae-duck shick-dhang" (대덕식당) can be typed into a GPS or whispered softly into a cabbie's ear.  The ride is about 20 minutes or \8,000krw from downtown.

By subway, take the red line (line #1) to Anjirang Station (안지랑역).  Walk out exit #2 and take your first major left.  Walk up that street about 10 minutes and make a left at its end.

By bus, take the 410, 달서2,  달서4, or  달서4-1. Get off at the stop named "Dae-duck Shick-dhang" (대덕식당).
Upon arrival head away from civilization, towards the underpass and the glowing sign of "India."  Continue moving up through the park, away from the pull of gravity. 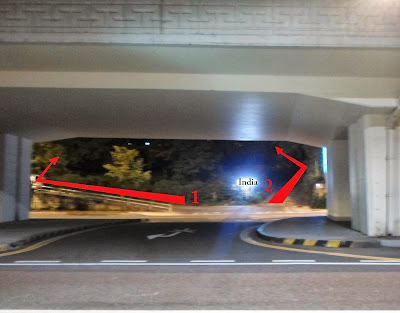 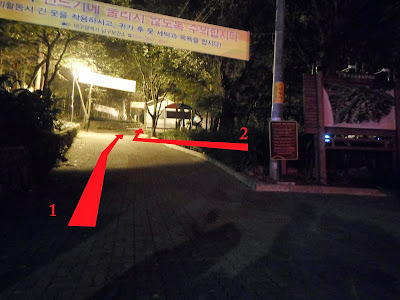 Email ThisBlogThis!Share to TwitterShare to FacebookShare to Pinterest
Labels: Anjirang Daegu, Apsan, Dates, Hiking, Night, Other things to do in Daegu