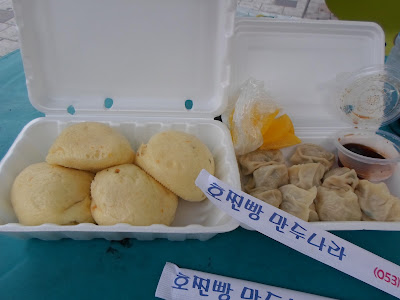 In the southern outskirts of Daegu lies the small town of 가창 (Gachang), the dumpling capital of Daegu.


Food:  Their dumplings are steamed and come in two general styles: 만두 (mandu) and 찐빵 (jjin bbang).  For the former, dough is rolled thin before being stuffed with meat and/or veggies.  The later literally means "steamed bread," with thicker and softer dough.  It's usually more of a dessert with sweet fillings. 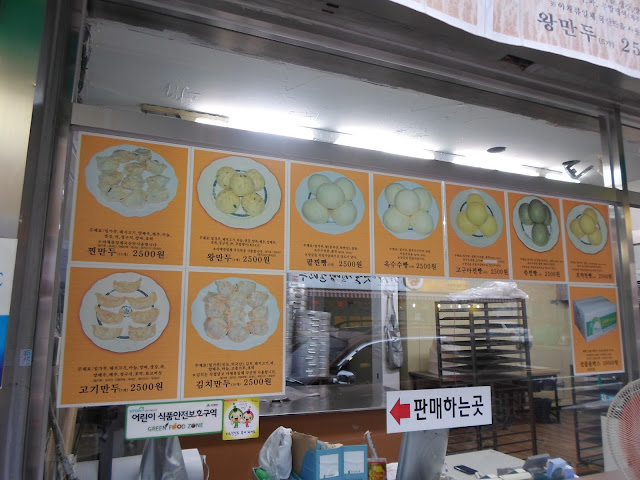 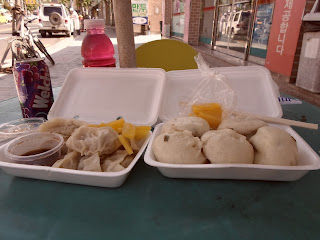 On our first documented trip to Dumpling Drive we tried the meat mandu and king mandu. 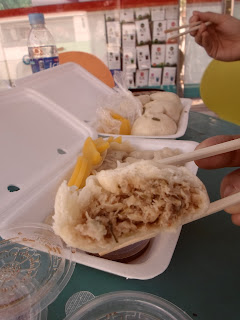 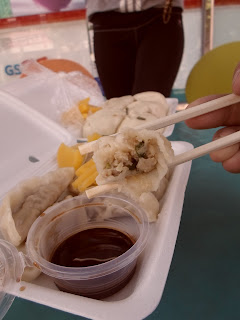 Both were delicious dipped in the sourish 간장 (soy sauce) they provide.  Overall it was a worthwhile meal for such a low price.

Our second time around we tried the steamed mandu and the pumpkin jjimbbang. 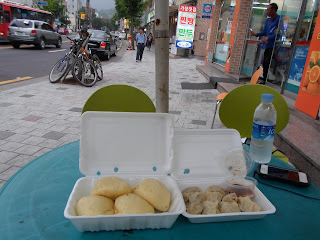 Both of these were also enjoyable.  They also look much better without that stupid "retro" setting on my camera.  Glad I figured that one out.  Anyway, if you're used to eating the Korean-style desserts packed with strange creams you'll like the jjinbbang here.  I thought the pumpkin jjinbbang was a tasty treat and I look forward to trying the other flavors. 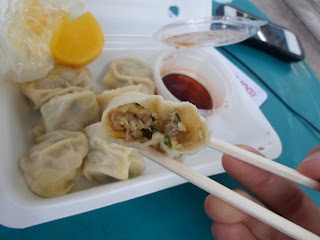 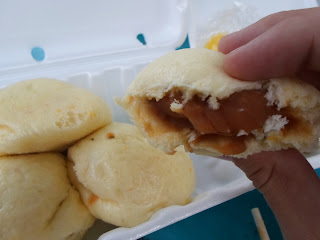 Atmosphere: It seems the local government of Gachang enforces strict laws on zoning: residential, industrial, and dumpling.  The dumpling sector lines both sides of the town's main road.  All half-dozen dumpling vendors offer similar foods for similar prices.  One place, 호찐빵, boasted having a 30-year history and of being the "original" Gachang dumpling spot.  It also happened to be the one with the longest line (a true sign of quality, or of the sheepish mentality of consumers).  So that's the one we chose (Baa-aahhh-aaahhh). 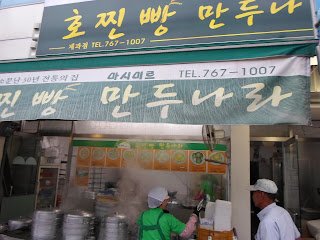 However, the street is packed with other worthy options, all of whom seemed busy on the Sundays we went.  With all that business to be had, there must be cutthroat competition in Gachang's dumpling industry.  Let's just say they were making some dough... 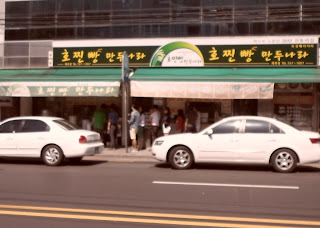 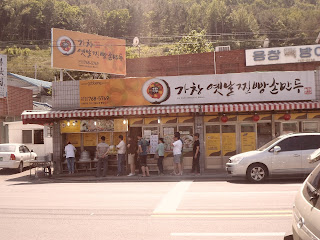 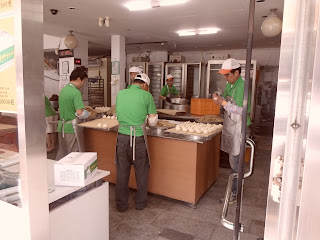 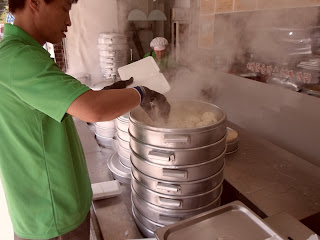 The one thing Dumpling Drive is lacking is seats.  Most locations are merely mandu factories with a cashier.  Luckily there is a GS-25 nearby with some convenient outdoor tables. 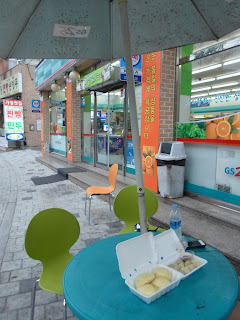 Location:  If you've ever been to Spa Valley or Herb Hillz, you've probably cruised down Dumpling Drive, which is a few kilometers prior.  It can also be the destination of a lovely bike ride down the paths of the Suseong River.

See map
[Although other than a stop on the way to Spa Valley or Herb Hillz, or a bike ride, or the river swimming hole, Gachang is really too far to be worth going to for the dumplings alone.] 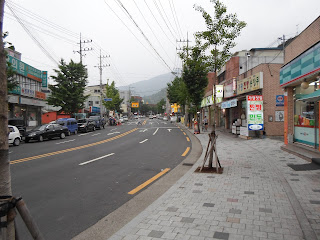