Hany's Brunch House
(하늬스 브런치)
Closed!  :(
It seems the place has gone out of business :( 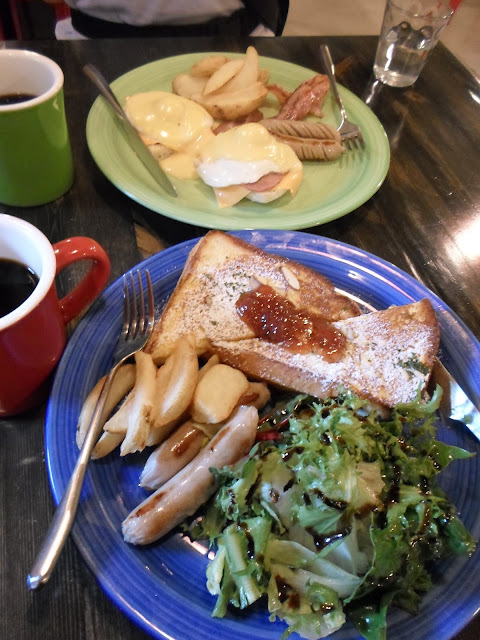 So far rokindaegu.org has been devoted almost entirely to Korean restaurants.   Unfortunately, the one thing Korean cuisine lacks is a distinct breakfast food.  So let's make the first exception for 외국 움식 and check out Hany's Brunch House.

As for overall rating of the brunch, they were all very delicious.  Then again I haven't had a western-style breakfast in a long time, so it's difficult to make any sweeping comparisons of quality.  But I certainly enjoyed these rare treats.  From what I've gathered from a limited number of opinions, Hany's brunch in general may be higher quality than Lazy Diner or Travelers.  The price seems to be lower as well.  [If anyone has any experience with this please share your opinions below!]

While Hany's prides itself on its brunch, there is also a decent selection of dinner foods.  The menu sections are: sandwiches, bruschetta, salad, pasta, risotto & rice, and steaks.  (The owner recommends the chili tomato pasta.  He says it has a unique spiciness and comes with shrimp.)   Although I'm no expert on western restaurants in Daegu, these sections also seem reasonably priced. 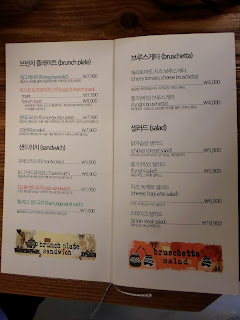 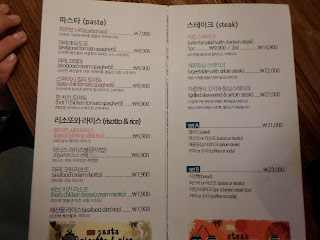 I've tried two other dishes so far and was satisfied with both.  First was the chicken salad for \5,900.  It has oriental style sauce, so it's healthy rather than thick or flavorful.  The chicken breast may not have been abundant, but the overall portion size and the variety of quality greens made it still worthwhile for the price.  Second was the bruschetta original.  These slices of baguette toasted and covered in tomato, oil and cream cheese were my favorite so far, well worth \4,000 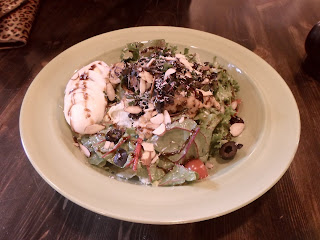 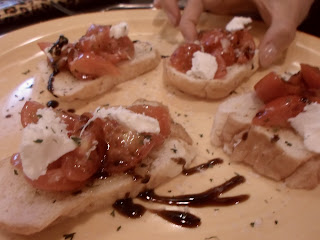 The last page of the menu includes drinks, such as beer from \3,500 and up.  Don't let the high prices of Hoegaarden and Budweiser fool you.  These most likely aren't imports.  There's actually a Korean company that's licensed to brew them (see beer info on my Drinking Games & Tips page). 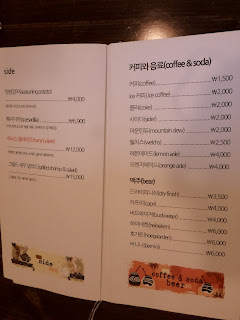 Also on the back page is their coffee.  For only \1,500 you drink all the coffee you want!  It's not cheap crappy coffee either.  It's brought over from nearby Havana's coffee shop, according to the owner, so the type may vary day to day.  Even a single cup for \1,500 would be reasonable, so unlimited coffee is a solid patron-bringer.  Of course to take advantage of this deal you'll have to order food as well. 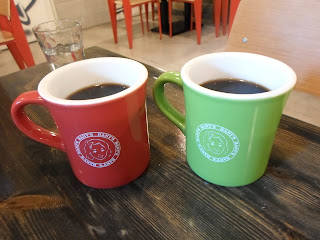 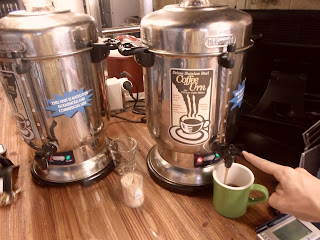 The first thing you'll notice is their flair for artwork.  Portraits of Hany, the owner's daughter, are a common logo.  The entire front and side wall is covered in flashy murals.  Now, I'm no detective, but evidence suggests there's brunch inside.  Just be sure to bow when entering through their hobbit door. 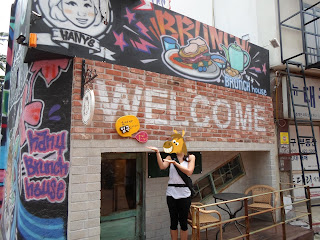 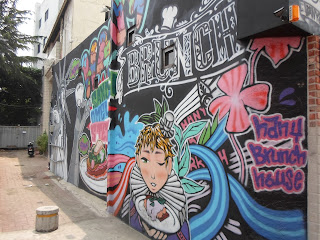 The lower level has bar-style seating, perfect for anyone grabbing a quick solo meal.  The second floor has 6 tables and a small bathroom.  If seated upstairs, the waitress may tell you that you need to come downstairs to order and to refill your coffee.


The friendly owner said they've only been open a few months (as of my first visit, May 26th).  Due to this and their hidden location, the place is not very well-known yet.  Even on a Sunday around 11am, which you'd expect to be a Brunch House's busiest time, it was nearly empty.  Around noon, a few couples started to trickle in.  [The following Saturday was a similar scene.]  I predict the place's fame will quickly spread and soon you'll be waiting in line for seating. [Going out of business would've been my second guess.  Damn I suck at predictions :( ]

They are open from 10am to 8pm all week (except closed on Mondays) and have no time restrictions on any part of their menu.  (Yes, that means all-day brunch :) 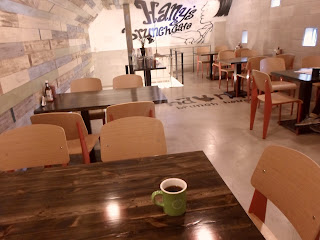 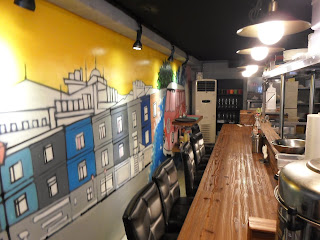 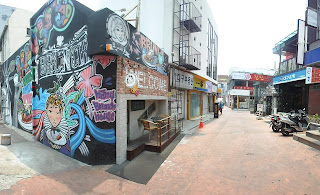 Hany's is located downtown a block from the stage.  Facing the front of the stage take the fork past the stage on your left.  Then take a left on your next side street.  After a few stores down on your left, it's in the small dead-end alley that leads to a parking lot.  There's a Daegu Bank on the corner of the alley entrance.

Or from 삼덕소방서 (Samduk Fire Station), head to the bar street, with Bunny's, Who's Bob, and the Thursday Parties.  It's toward the end of that street, you'll see the alley on your right.